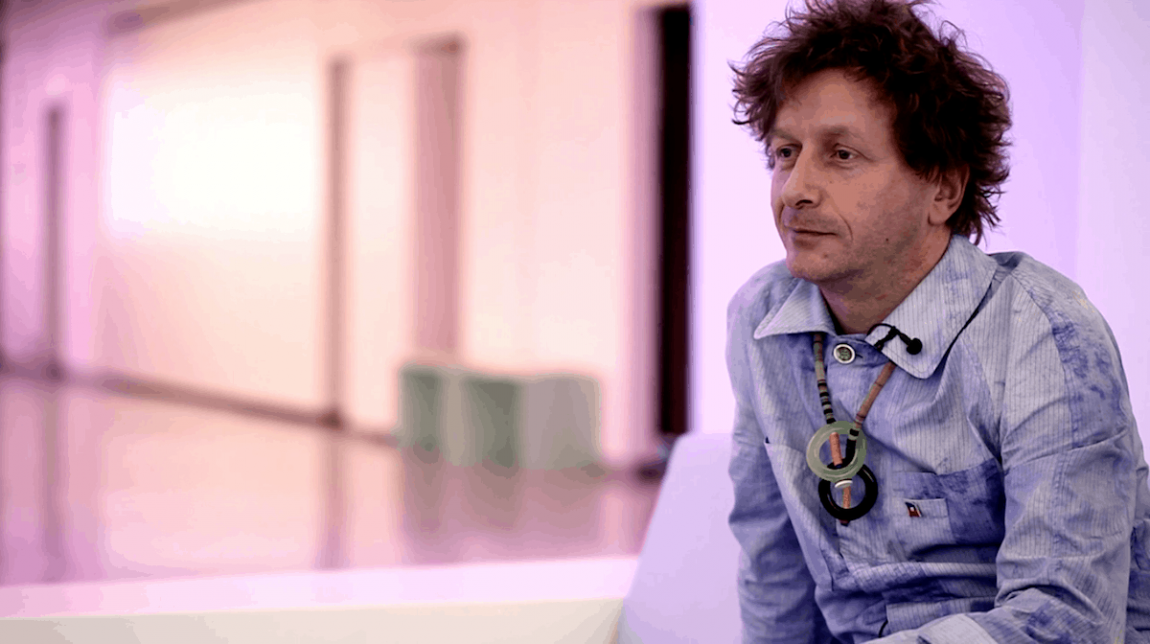 Thiel is widely renown for photographing the architectural areas of Berlin, representing a tumultuous social and political background. Thiel’s monumental works aren’t merely documentation, but picture a city reborn following a tumultuous history. Thiel describes Berlin as “the youngest city in the world” and further explains that “the city that suffers from an overdose of background…yet it doesn’t suffer from its sediments as other European towns but from the outcome of its eruptions.” The architectural spaces in these pictures aren’t only reflections of a turbulent political and social background, but of the development of new patterns of urban existence. Previous bodies of work have focused on such subjects as state surveillance and the privatization of public space.

Thiel’s devotion to the continuous transformation and development of Berlin for more than a decade is now an essential component of the unfolding history of the city and its main photographic record. Recently, he’s turned his camera on the huge glacial ice formations in Argentina Patagonia. Thiel’s photographs seem to refer to some larger story context. Nevertheless, they also learn more about the relationship of photography to painting and sculpture. Thiel’s unique ability to inscribe the dialectic relationship between ideology and aesthetics in his photos also prevents any appearance of sentimentality