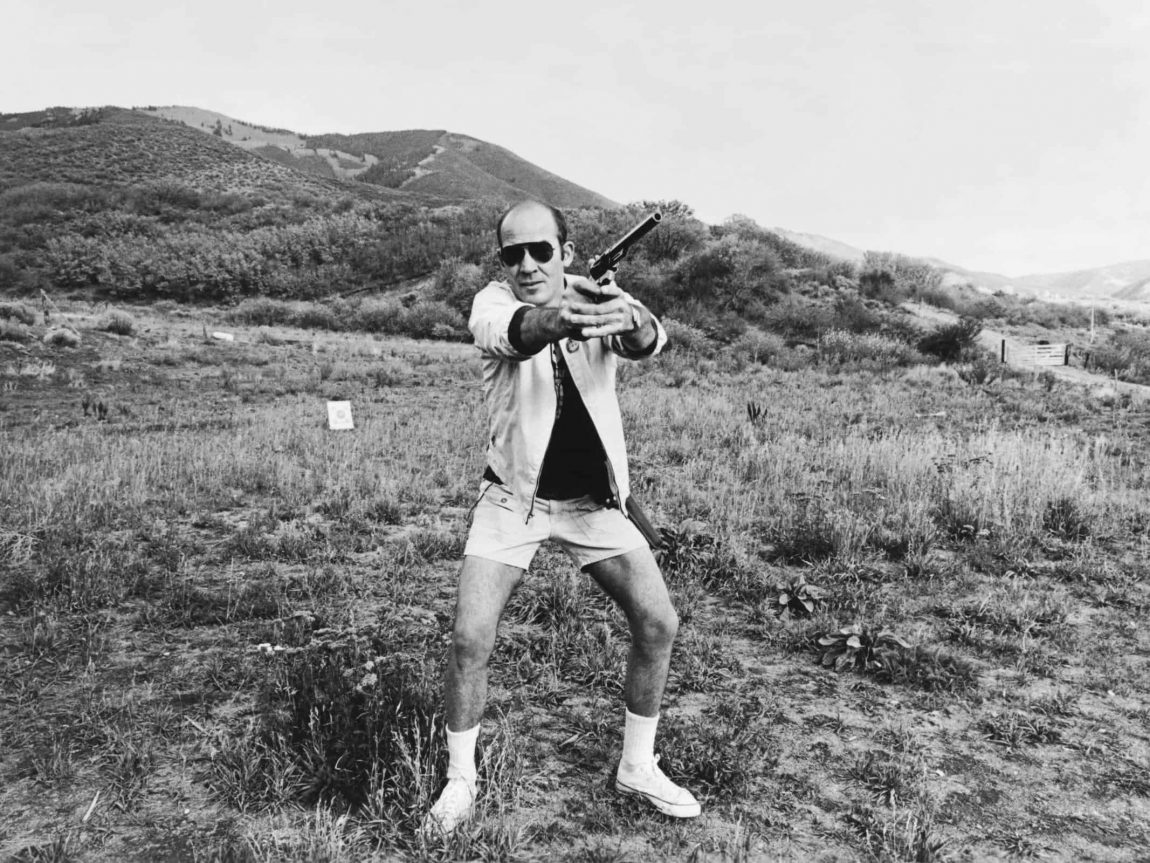 Hunter Stockton Thompson (July 18, 1937 – February 20, 2005) was an American author and journalist. Born in Louisville, Kentucky to a middle class family, Thompson went off the rails in his teens after the death of his father left the family in poverty. He was unable to formally finish high school as he was incarcerated for 60 days after abetting a robbery. He subsequently joined the United States Air Force before moving into journalism.