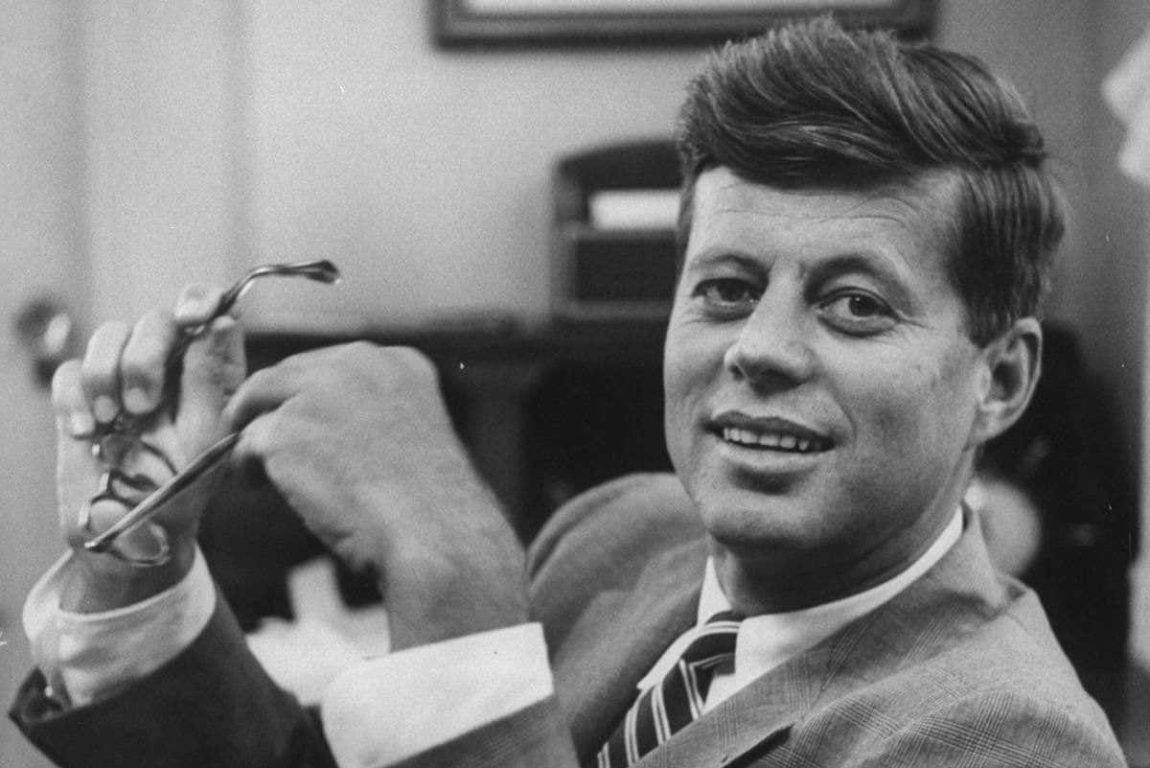 John Fitzgerald “Jack” Kennedy (May 29, 1917 – November 22, 1963), often referred to by his initials JFK, was the 35th President of the United States, serving from 1961 until his death in 1963. After military service as commander of the Motor Torpedo Boats PT-109 and PT-59 during World War II in the South Pacific, Kennedy represented Massachusetts‘ 11th congressional district in the U.S. House of Representatives from 1947 to 1953 as a Democrat. Thereafter, he served in the U.S.