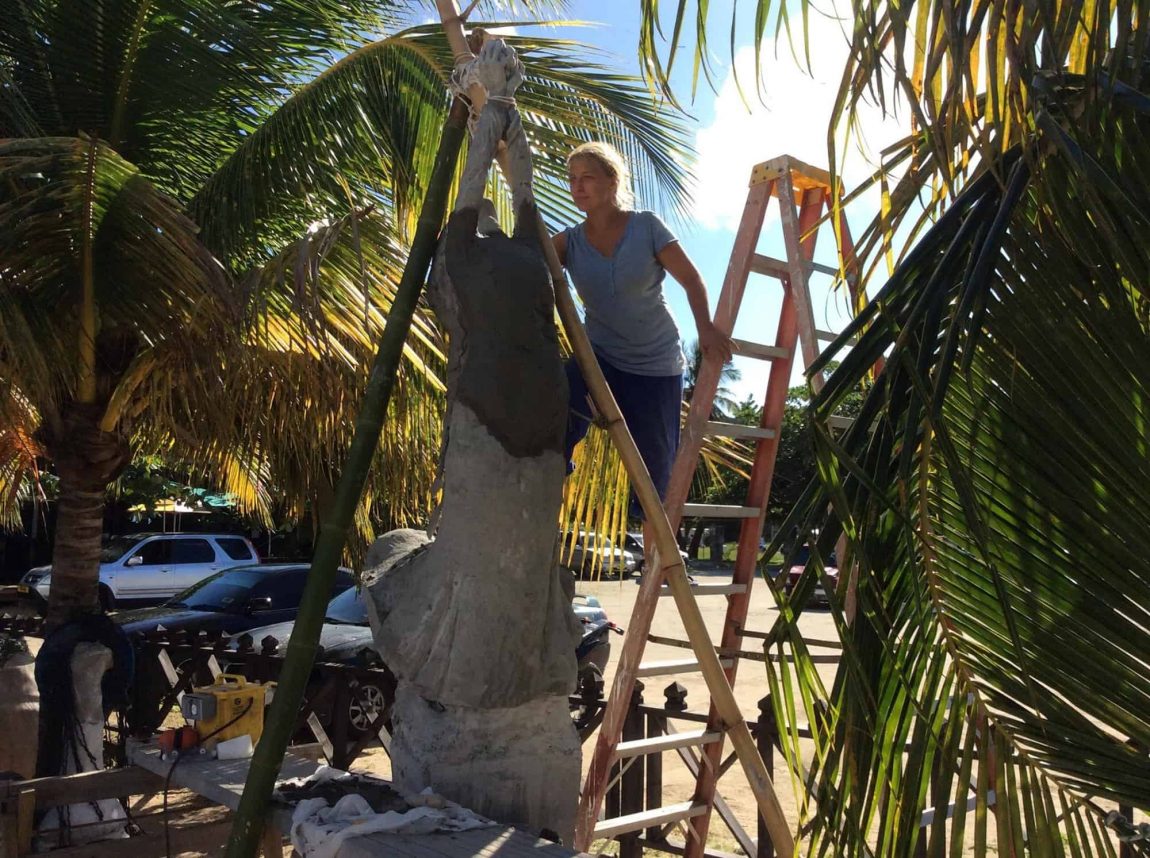 Lene Kilde creates sculptures inspired by children and their emotions. She finds that children’s body language is their purest type of communication. This is visualized by showing very few body parts, usually only hands and feet, which then are placed in proportion to each other using metal mesh. She intends to invite the viewer to use their creativity so that they can complete the sculptures and fill in the lines and quantity by themselves. The sculptures include concrete, metal mesh, and atmosphere.

Lene Kilde finished her Master Degree in Product Design in 2012. The following year she was awarded The Norwegian Arts Council three -year work scholarship for young musicians. She was represented by Galleri Ramfjord because of 2013 and engaged at SCOPE Basel for the first time this year with tremendous success. Her sculptures were sold out during the fair. Among Lene Kilde’s sculptures was obtained by NRK (Norwegian Broadcasting Network) in 2013, and in 2012 Kilde was requested by Norway‘s biggest hospital Ahus, to embellish their premises. In 2014 Lene Kilde was an artist in residence in Grenada, where she became inspired by Grenada’s underwater sculpture park. On arrival, Lene fully immersed herself in Grenadian life and culture. She immediately began exploring, experiencing and researching as much as possible to gain inspiration for a sculpture which wouldn’t only be valuable to the reef, but also have a solid connection with Grenada. Lene Kilde’s underwater sculpture is based on the local fable of the Nutmeg Princess; a tale spun around a beautiful Caribbean princess who once lived in a bottomless lake.