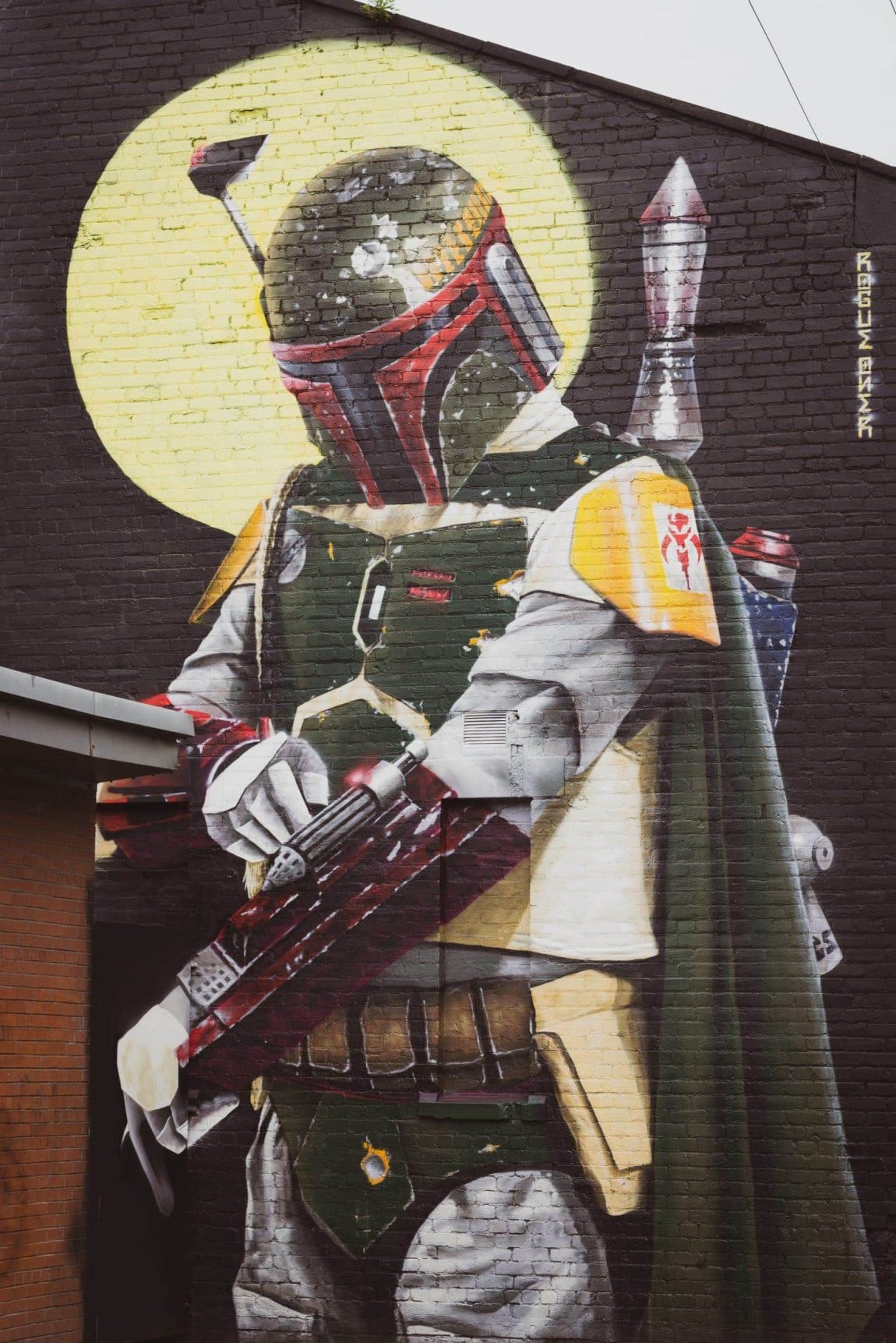 Mandalorians are a fictional group of warriors from several species in the Star Wars universe. They commonly act as mercenaries or bounty hunters. According to Star Wars Expanded Universe material, they are the cultural descendants of an extinct species called the Taung. The leader of the Mandalorians typically takes on the title of “Mand’alor,” the name of their first leader, whose planet was named after him in honor.