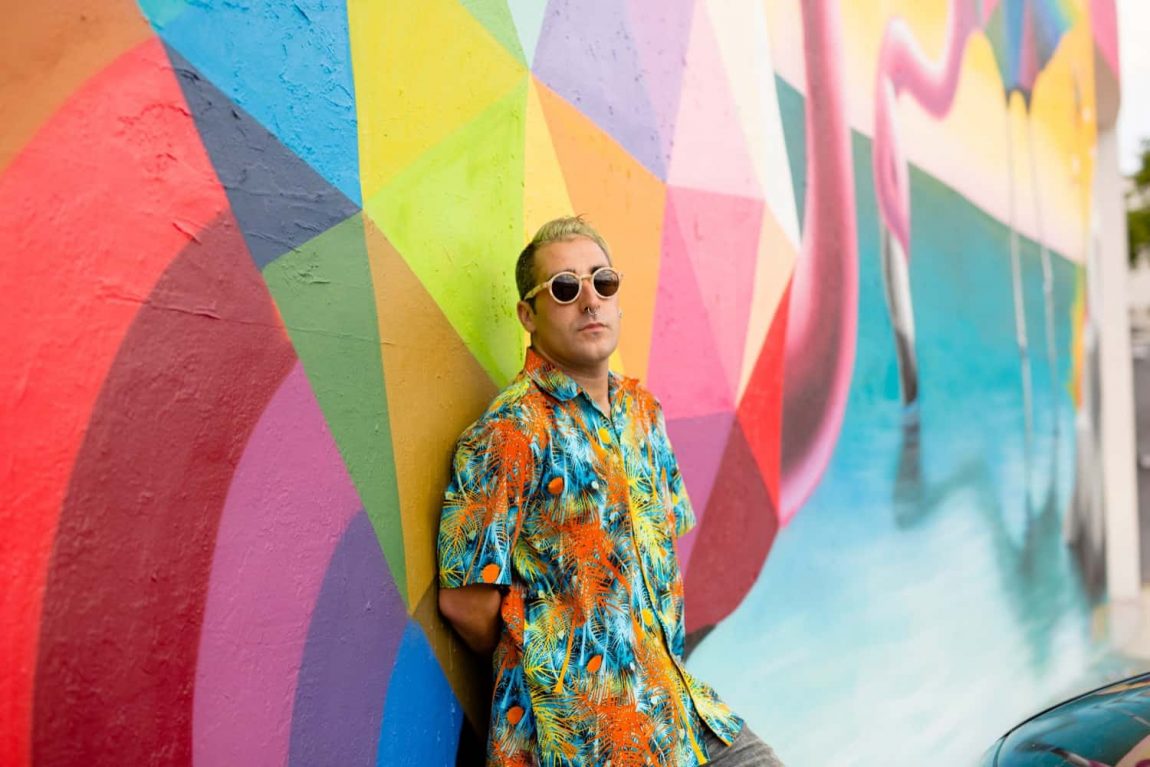 Born on November 19, 1980, in Santander, settled in Madrid since 2000 and graduated in Fine Arts from the Universidad Complutense de Madrid. From its beginnings in 1997, his works in abandoned factories of his native city were recognizable. In parallel with his work on the street, Okuda also begins to produce more intimate works in his studio, with which from 2009 he evolves towards a more personal career.

The geometric structures and multicolored prints are united with gray bodies and organic forms in artistic pieces that could be classified as Pop Surrealism with a clear essence of the street. His works often raise contradictions about existentialism, the universe, the infinite, the meaning of life, the false freedom of capitalism, and show a clear conflict between modernity and our roots; In short, between the human being and himself.