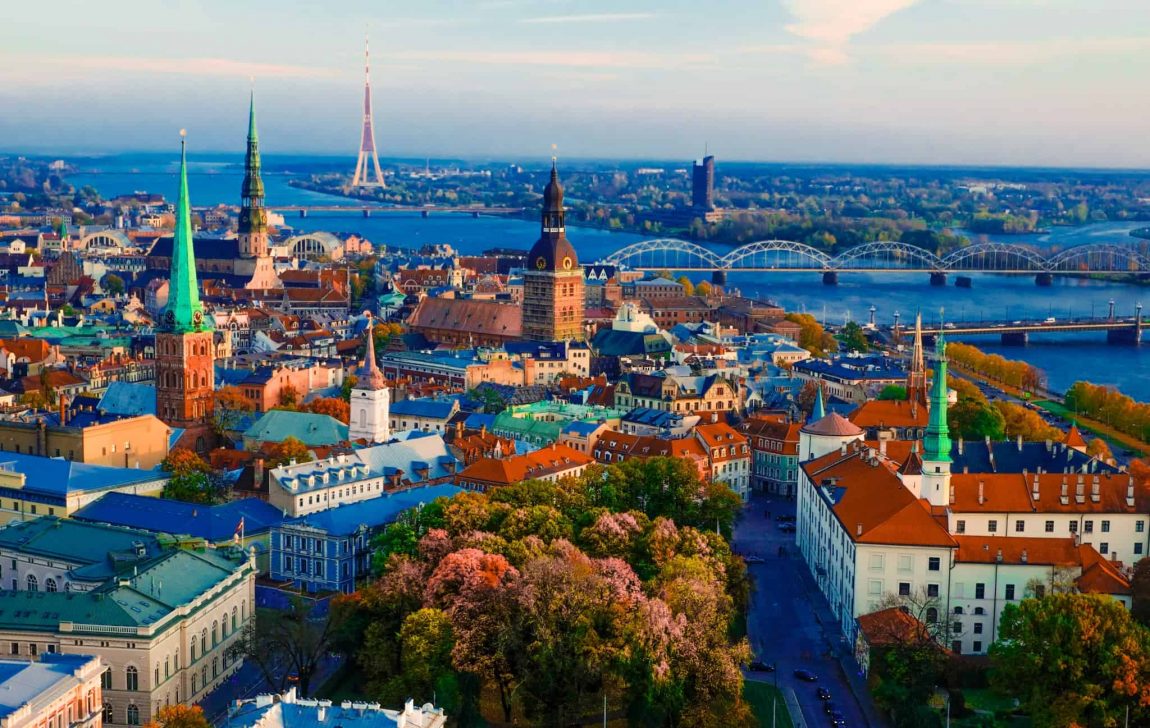 Riga is the capital and largest city of Latvia. With 658,640 inhabitants (2012), Riga is the largest city of the Baltic states and home to more than one third of Latvia’s population. The city is an important seaport and a major industrial, commercial, cultural and financial centre of the Baltic Sea region. The city lies on the Gulf of Riga, at the mouth of the river Daugava. Riga’s territory covers 307.17 km and lies between 1 and 10 metres (and ft) above sea level, on a flat and sandy plain.