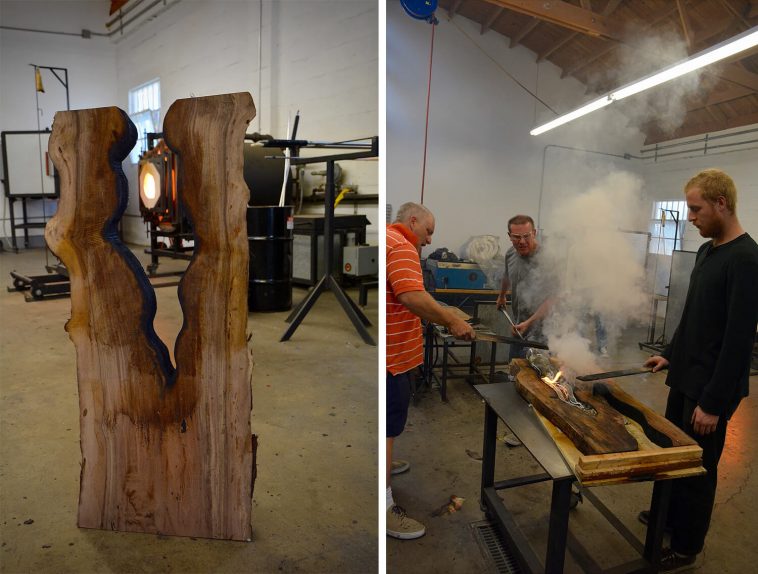 Scott Slagerman has always been captivated by the glass — how it is transformed from a delicate, yet good unyielding state to molten fluidity and again; and the way this mutable substance, through a procedure that’s both delicate and dangerous, can create things both esoteric and essential. He’s fascinated by the role that glass plays design, as well as from the everyday items that we find around us.

He began to pursue a comprehensive study when he enrolled in the Glass Program at UCLA’s School of the Arts, studying with Thurman Statom and Richard Marquis. After completing in UCLA, Scott traveled to France where he studied glass job in the L’Ecole des Beaux-Arts de Aix in Provence and Centre International du Recherche sur la Verre (CIRVA).

He continued to explore the expanse of his craft — from light to vases to wine glasses into objets d’art – by seeing and working in studios and glassworks throughout Europe including Daum Crystal, Vianne, l’atleier du Olivier Juteau (France) and the Factory Dorohoi (Romania).

In 1990, Slagerman established his first studio, Verrerie du Val de Loire, at the town of Saumur, France. Then in 1994, he was given a chance by the city of Paris to move the studio. Constructed in the prestigious Viaduc des Arts part of Avenue Daumesnil near Place de la Bastille, in Paris. Fireworks became Scott’s artistic home and the origin of many of his collections that were offered in galleries and design shops throughout Europe. Furthermore, Scott was commissioned to make collections for the design homes of Sawaya + Maroni and Roche Bobois, amongst others.

Slagerman sold Fireworks in 2001 and has returned to his native Los Angeles where he studies using Illan Dei along with his Digital Movement. Meanwhile, his job is placed in the permanent collections of: