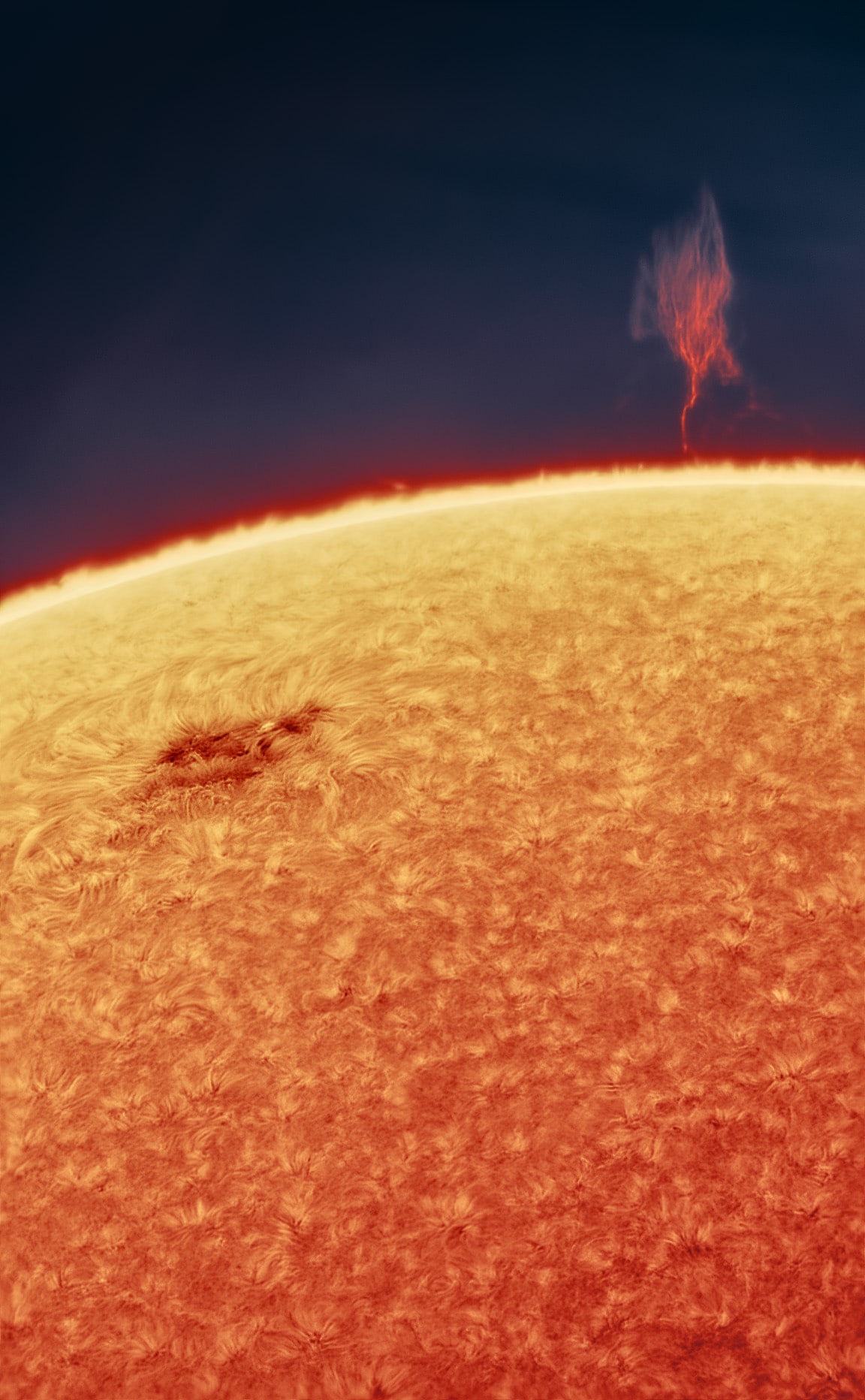 Have you ever seen a tree that was planted in the Sun? No, we’re not talking about some strange science fiction movie. We’re able to see an amazing “tree” that has been “planted” on the Sun thanks to astrophotographer Andrew McCarthy’s talents. This isn’t any ordinary tree, coming in at 80,000 miles tall. It’s comprised of plasma that was sucked away from the Sun by its magnetic field.
A solar prominence is a rare occurrence on the Sun when a sunspot grows too big for its surrounding magnetic field to contain it. According to NASA, “This solar prominence is an enormous, brilliant feature that extends outward from the Sun’s surface.” They extend into the outside atmosphere or corona of the Sun, anchored to its surface. This particular solar prominence, which appears like a tree, is roughly the size of Jupiter, according to McCarthy’s Instagram post.
The Sun will eventually be bombarded with “moon-sized spouts” of plasma from this “tree.” It’s an event McCarthy refers to as an “apocalyptic thunderstorm.” Coronal rain is a term used to describe this occurrence. It forms an aurora when the hot plasma cools and condenses in the magnetic field—the cooled plasma rain down into the photosphere when this occurs.
McCarthy always manages to pack a wonderful astronomy lesson into a stunning visual. He’s been able to catch the solar system in an exciting and active light through his photographs, mostly taken at his home. He’s not only educating the public about outer space, but he’s also instructing them about astrophotography. A recent tweet of his is a fantastic reminder for when working with telescopes to use caution.
The Sun’s heat is rejected by a specifically tuned telescope that “is meant to allow in only a precise type of light while rejecting the Sun’s warmth.” If an ordinary telescope were directed at the Sun, it would reflect enough heat to burn a hole in a piece of wood, as revealed in a video on Twitter.
If you want to help McCarthy with his astrophotography, he has a Patreon with extra rewards for supporters.