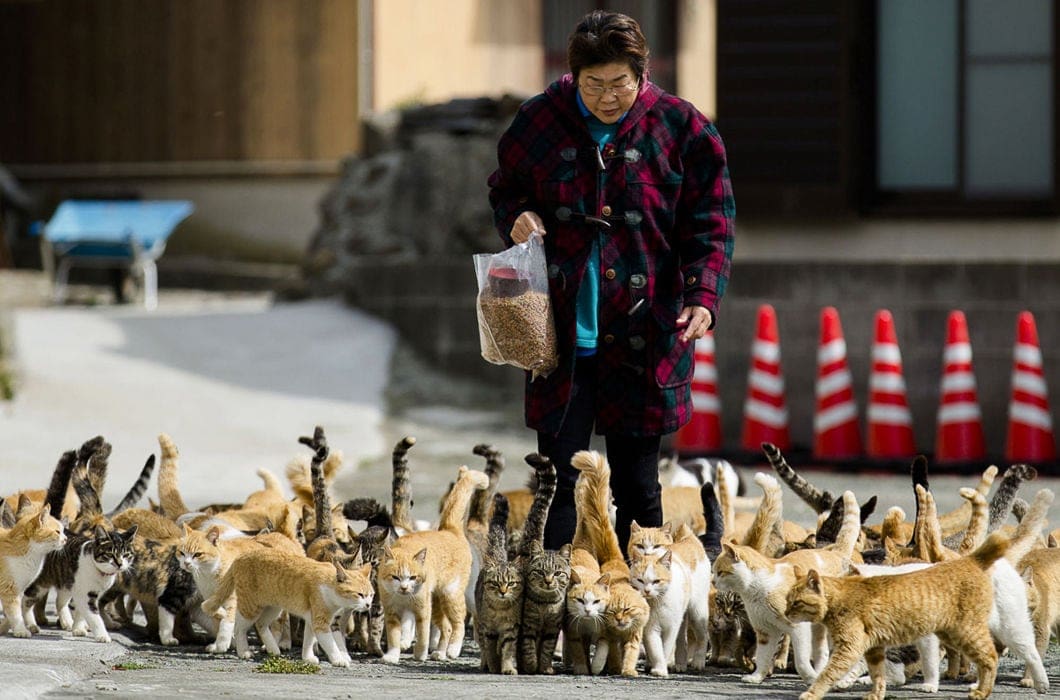 Tourists are flocking to a remote island in southern Japan, ruled by an army of feral cats, now outnumbers humans six to one. More than 120 cats swarm the island with only a handful of humans for company, mostly pensioners who didn’t join the waves of migrants seeking work in the cities after 1945.