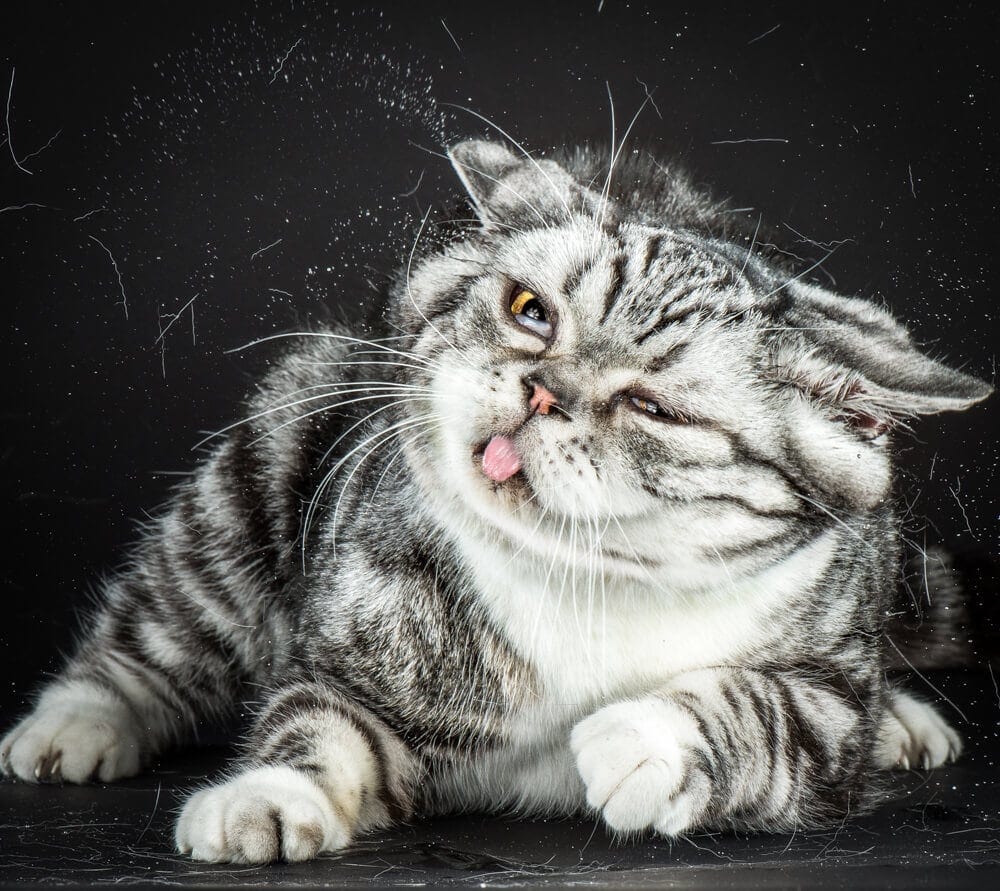 For her newest series Shake Cats, Portland photographer Carli Davidson trained her high-speed camera capturing each cat mid-shake in an explosion of fur, skin, and spit. This new series proves to be funny She even managed to get a cameo of famed internet cat Lil Bub.

The most common question Davidson gets the series has how she influenced the cats into shaking. The assumption is that she just drops water on them, but the answer is much more humane. After acclimating to the studio, some cats shake when only pet by a human hand dipped in water.