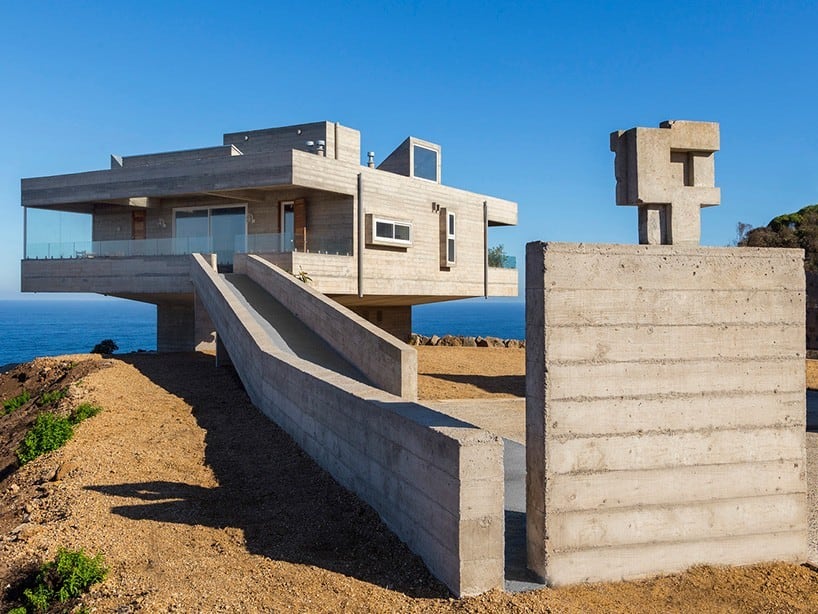 Architect Victor Gubbins Browne of Gubbins Arquitectos designed “Casa Mirador”, a residence that is an anthem to the iconic Villa Savoye by Le Corbusier– in which the Chilean architect visited during his childhood.

The futurist structure is their holiday home, composed heavily of concrete; it is a tribute to the French architect and unmerciful buildings built during the 60s and 70s. Rising above the ground, it is apparently supported by a single, smaller volume at its base, while generating proportional cantilevered areas. The structure is intended to appreciate its location, and context, despite its dominant form. The double-height central area entered through a ramp, where a large meeting space combined to two terraces starts out to the sea and the countryside. Together, a spiral staircase leads up to a roof terrace and as a whole, because of its outstanding location and architecture, Casa Mirador can be spotted from far away from the countryside and coastline. 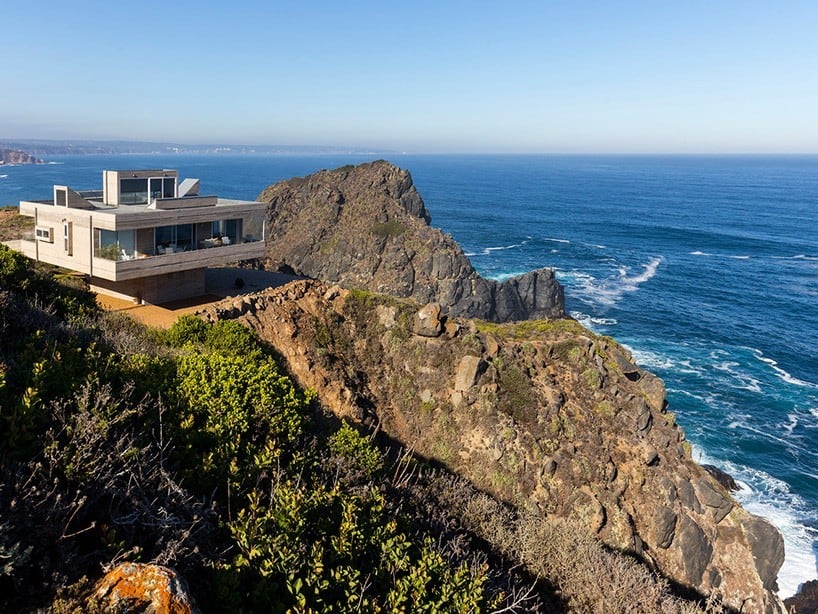 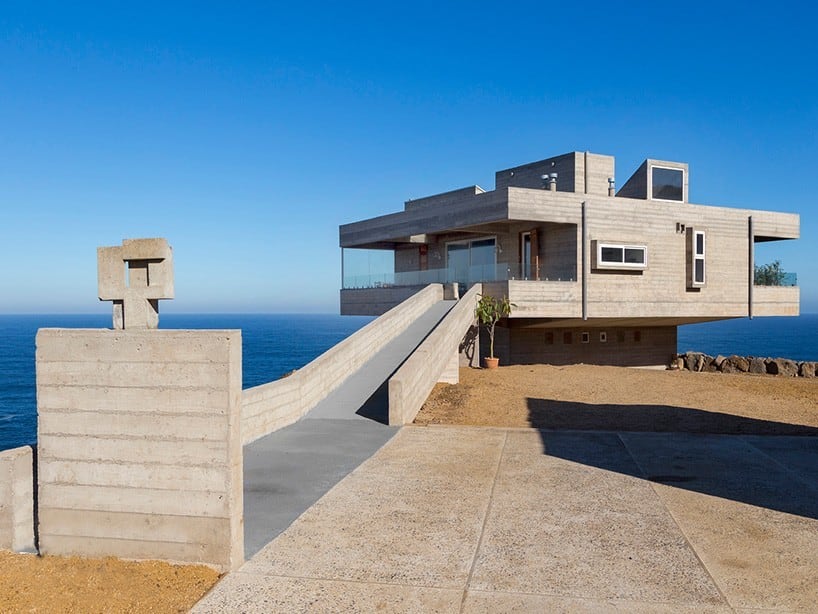 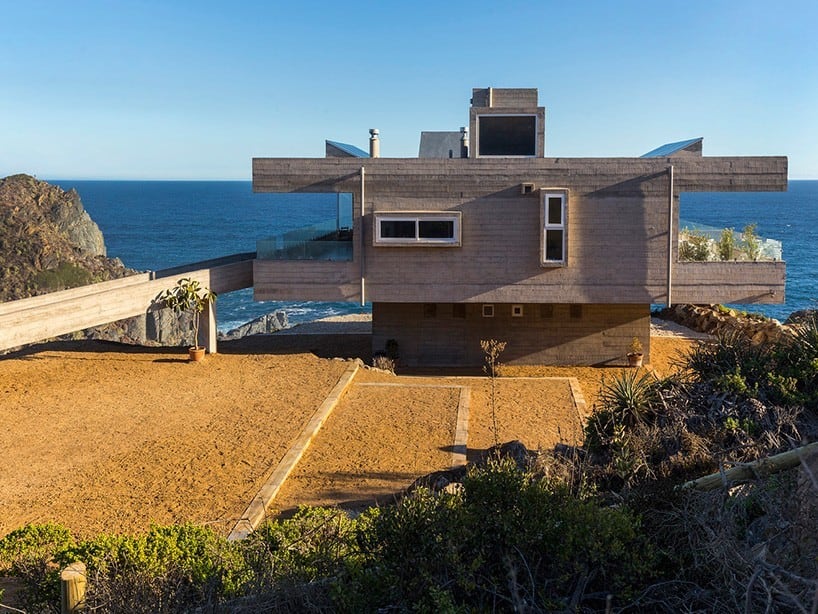 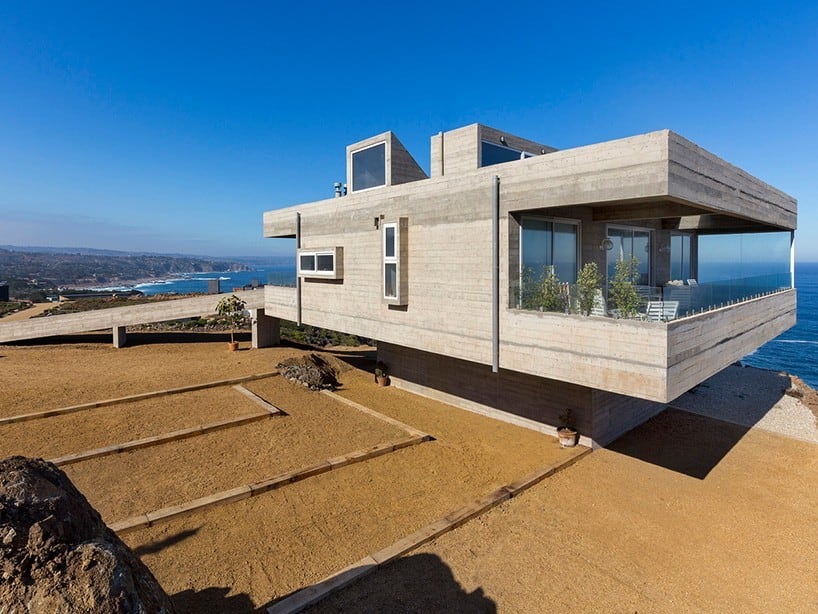 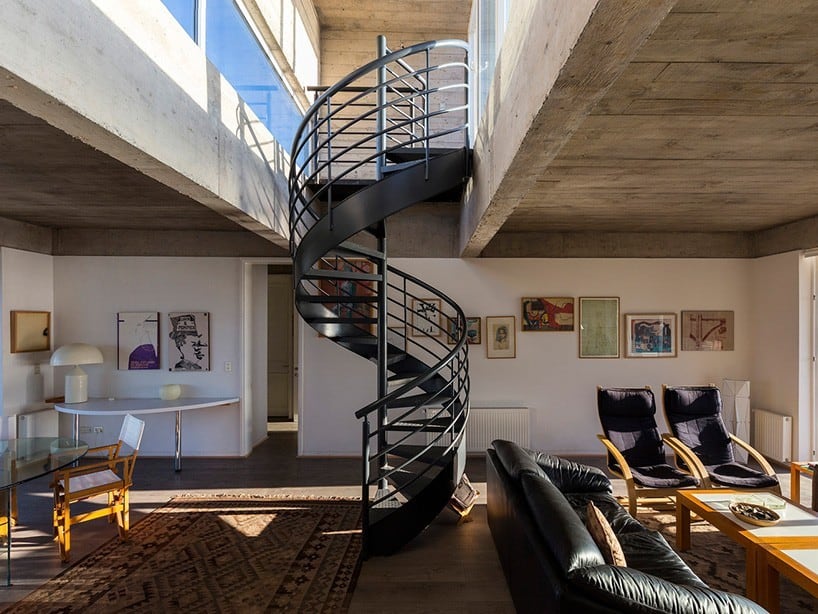 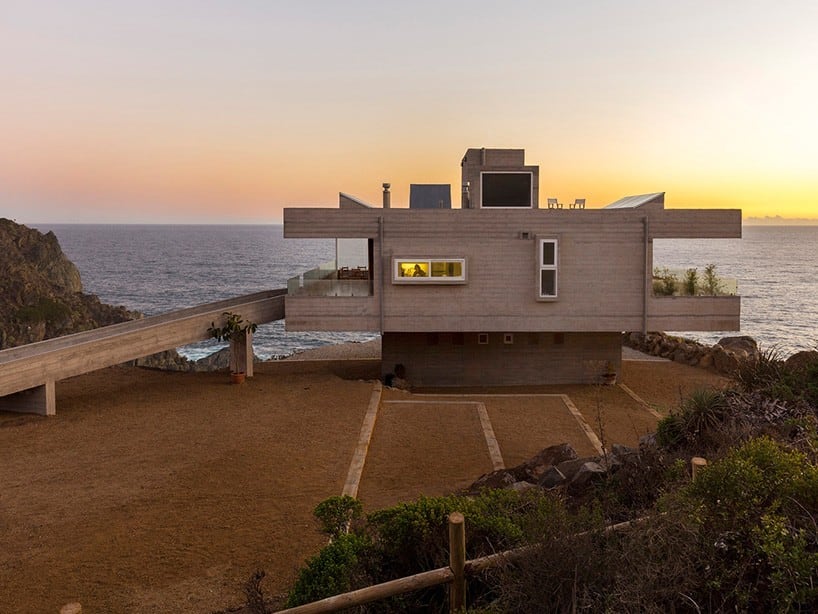 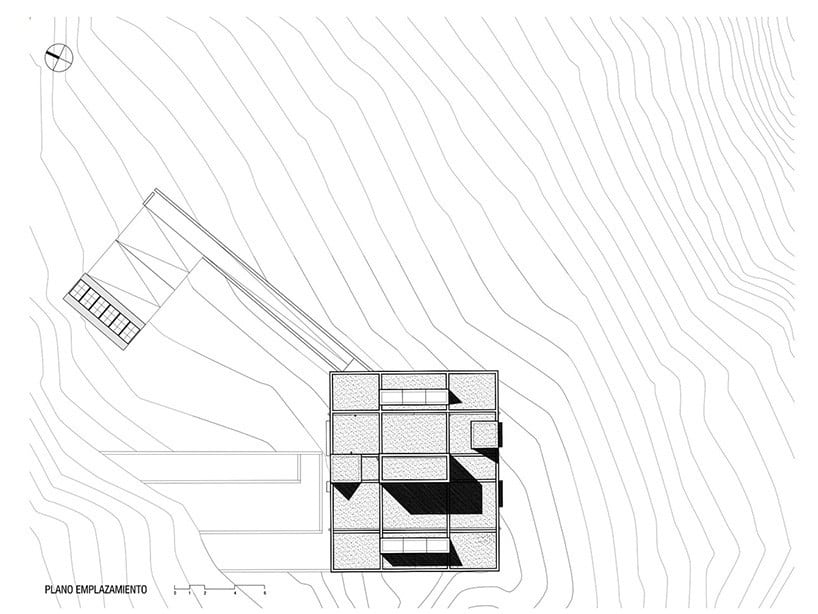