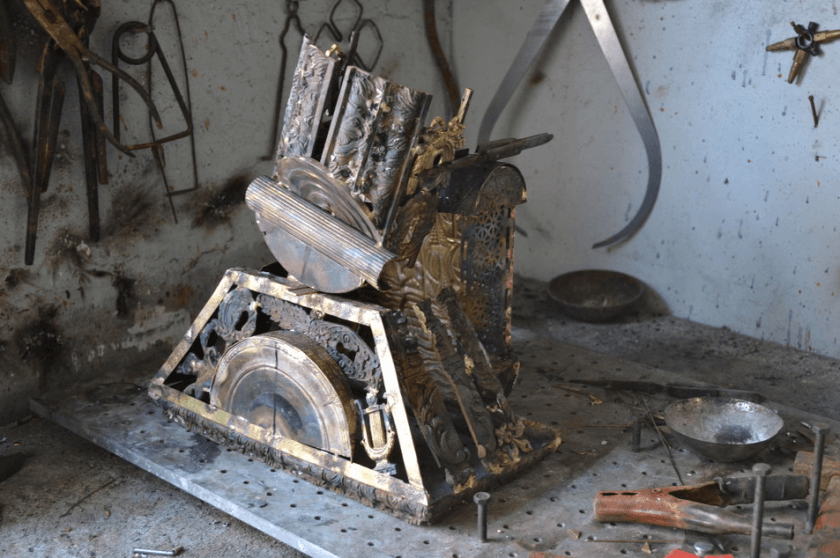 French sculptor Alain Bellino is someone who loves to source discarded metal objects, such as old cutlery and chandeliers, and refurbish them, transforming them into spectacular sculptures – mainly of skulls and animal carcasses. But just lately, he’s been feeling both the good and dark side of the Force, after crafting his own version of Darth Vader and R2D2.

Inspired by both Renaissance and steampunk themes, the popular Star Wars characters demonstrate his style of re-directing and re-assembling various ornaments to create artworks that are highly detailed and an intricate mix between the past and future.

Born in Nice in 1955, Bellino discovered the world of metal and ornamentation in his father’s workshop in the 1980s where he learned gold and silver plating and bronze restoration. After many years of practice and technical research, he began to create his repurposed metal sculptures in 2010 and hasn’t looked back. 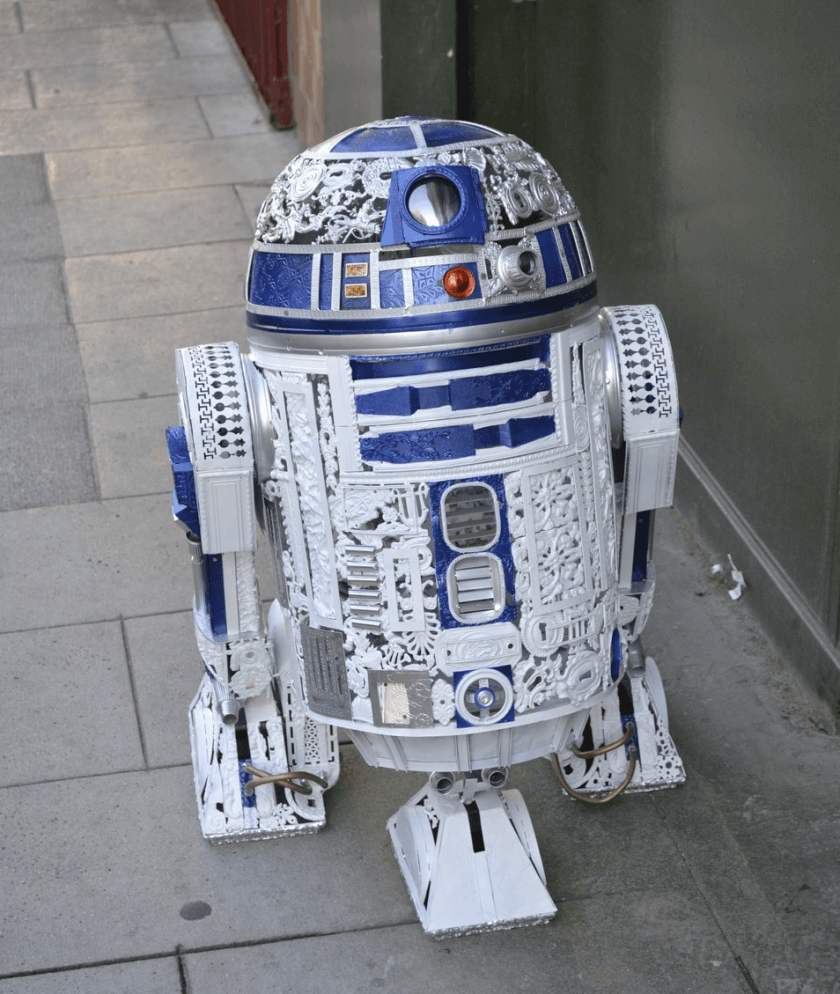 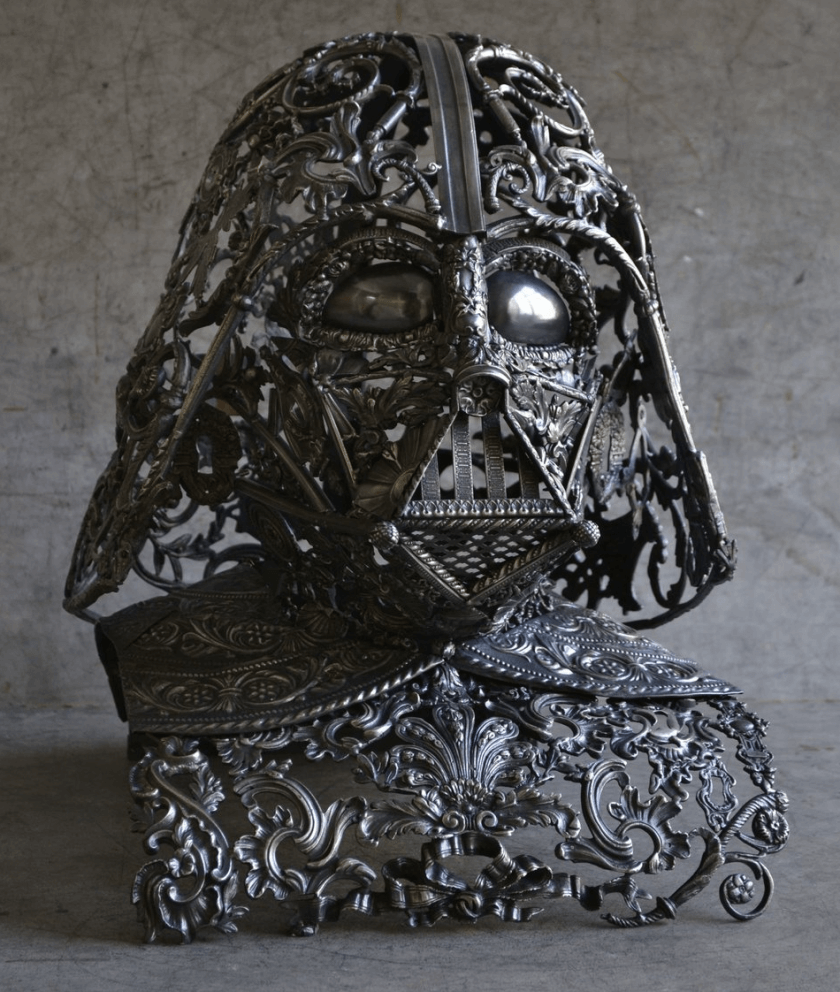 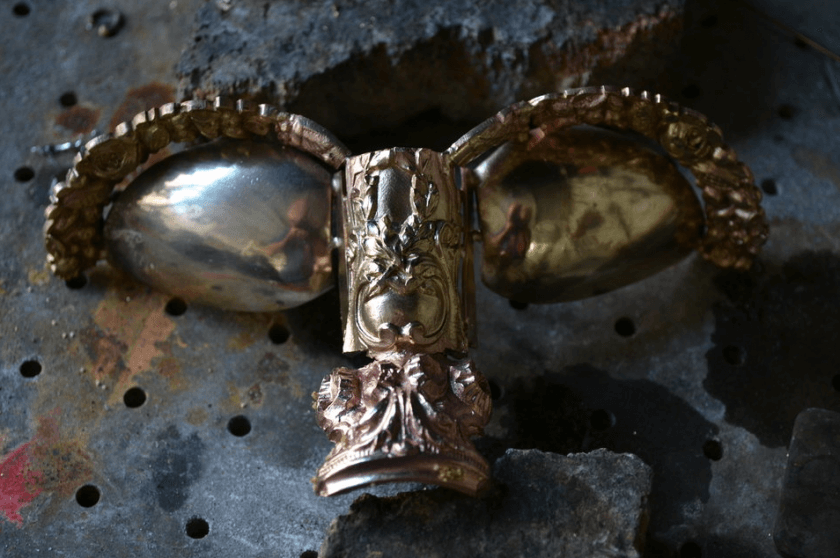 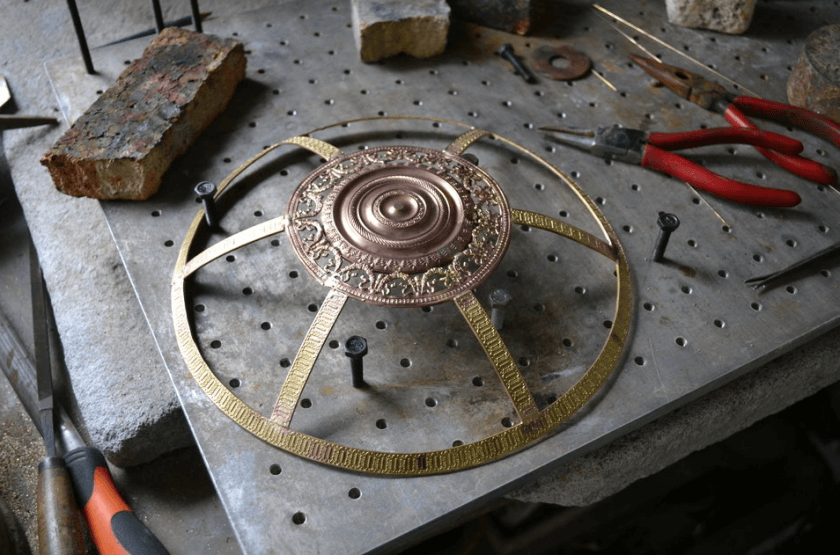 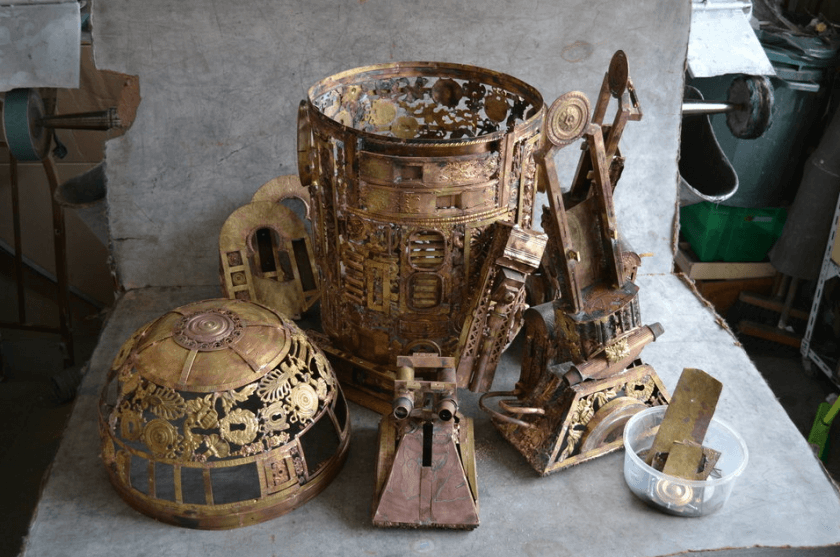 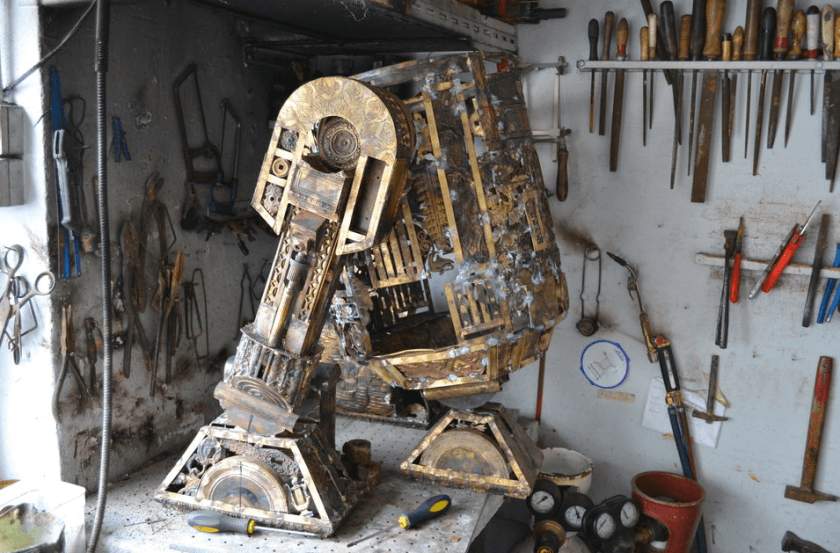 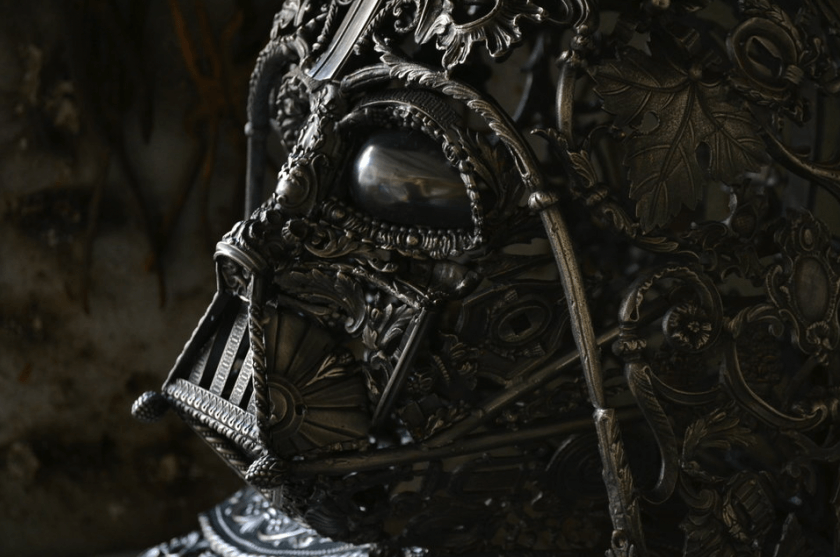 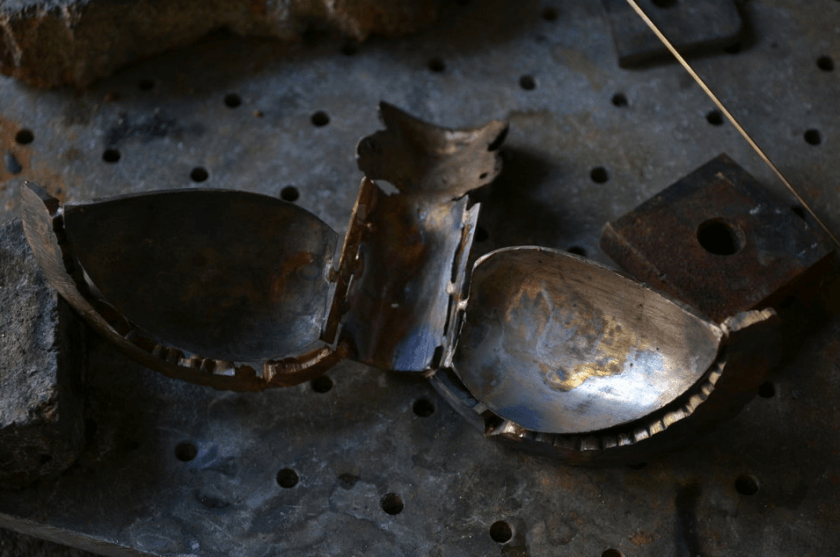 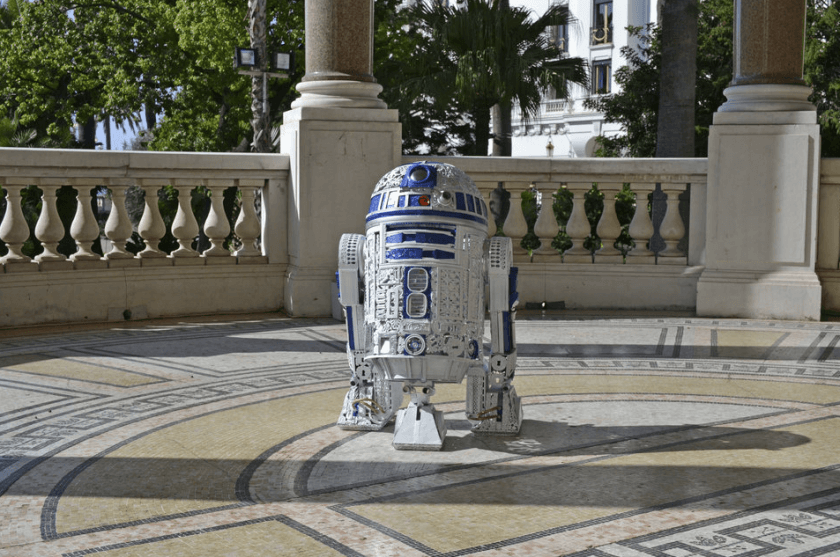 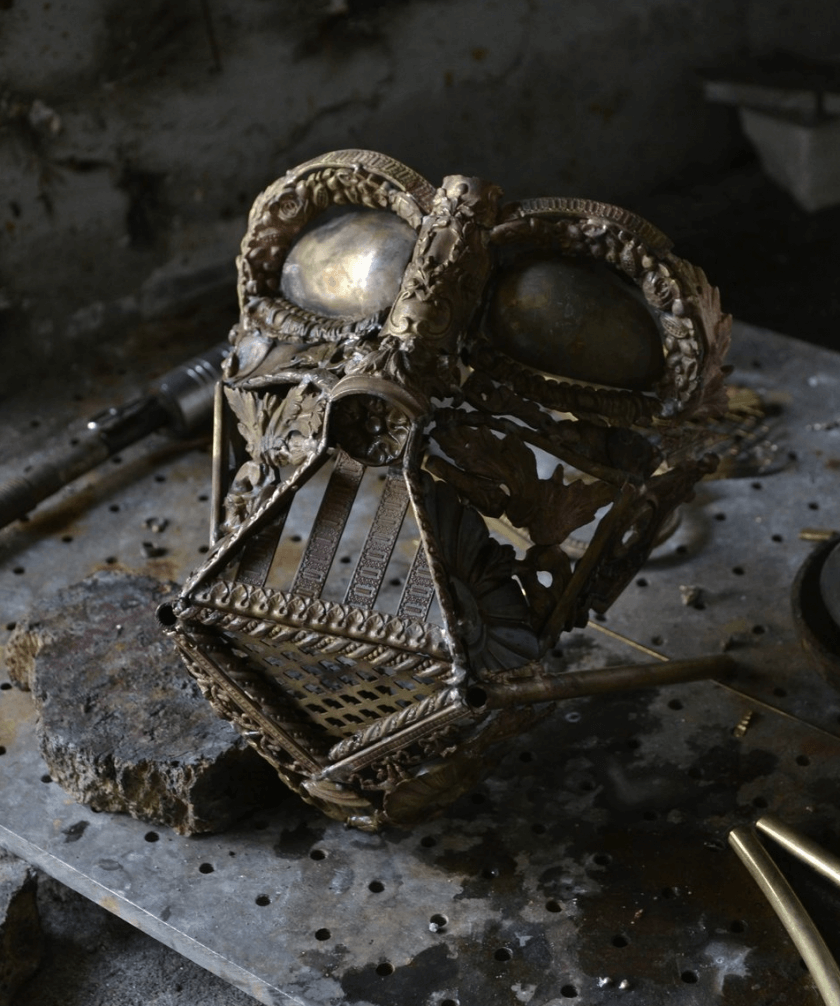 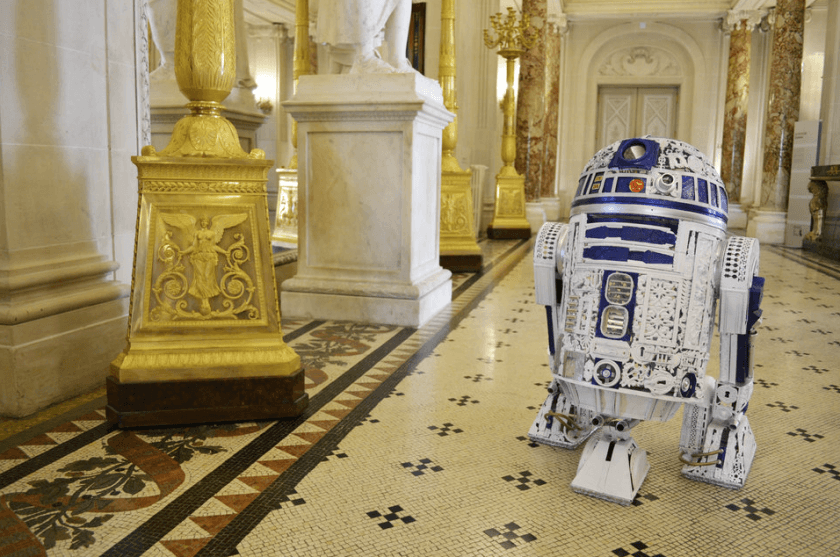