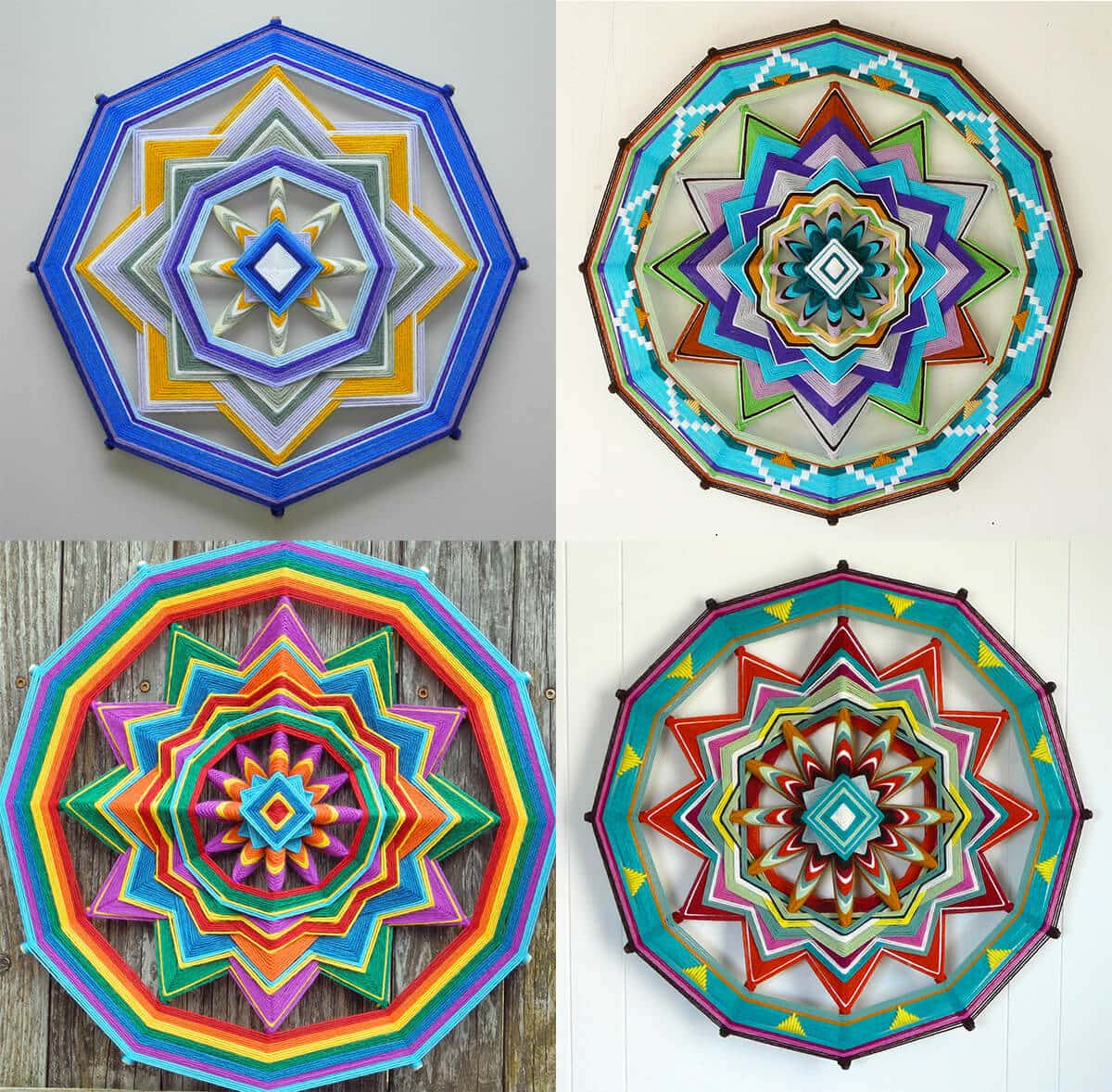 Jay Mohler creates complex, textile designs, sewing different colored yarns to create excellent Mandalas. His geometric patterns create Ojos de Dios or “God’s Eye” that are either eight-sided of twelve sides. Mohler began creating his project over 40 years ago after he traveled to Guadalajara, Mexico in 1965. The fine Ojos de Dios can be found in many cultures, mostly in Native American and Mexican, where they can hold religious elements.

Based out of North Caroline, Jay Mohler uses wool yarn in all types of colors, including metallics, to delicately weave his creations. You can buy an Ojos de Dios for your own on his Etsy page, where you can also order custom made patterns and even buy a DIY kit to make your own.

“I starting making Ojos de Dios in my hippie days, back in the late 60’s, after seeing Ojos sent as part of an exhibit sent by the Dalai Lama of Tibet. These ojos from Tibet were almost exactly the same as ojos I’d seen earlier made by Hucholes in Mexico. Since then I’ve evolved my own work to 12-sided designs that I believe encompass patterns of many beliefs around the world.”