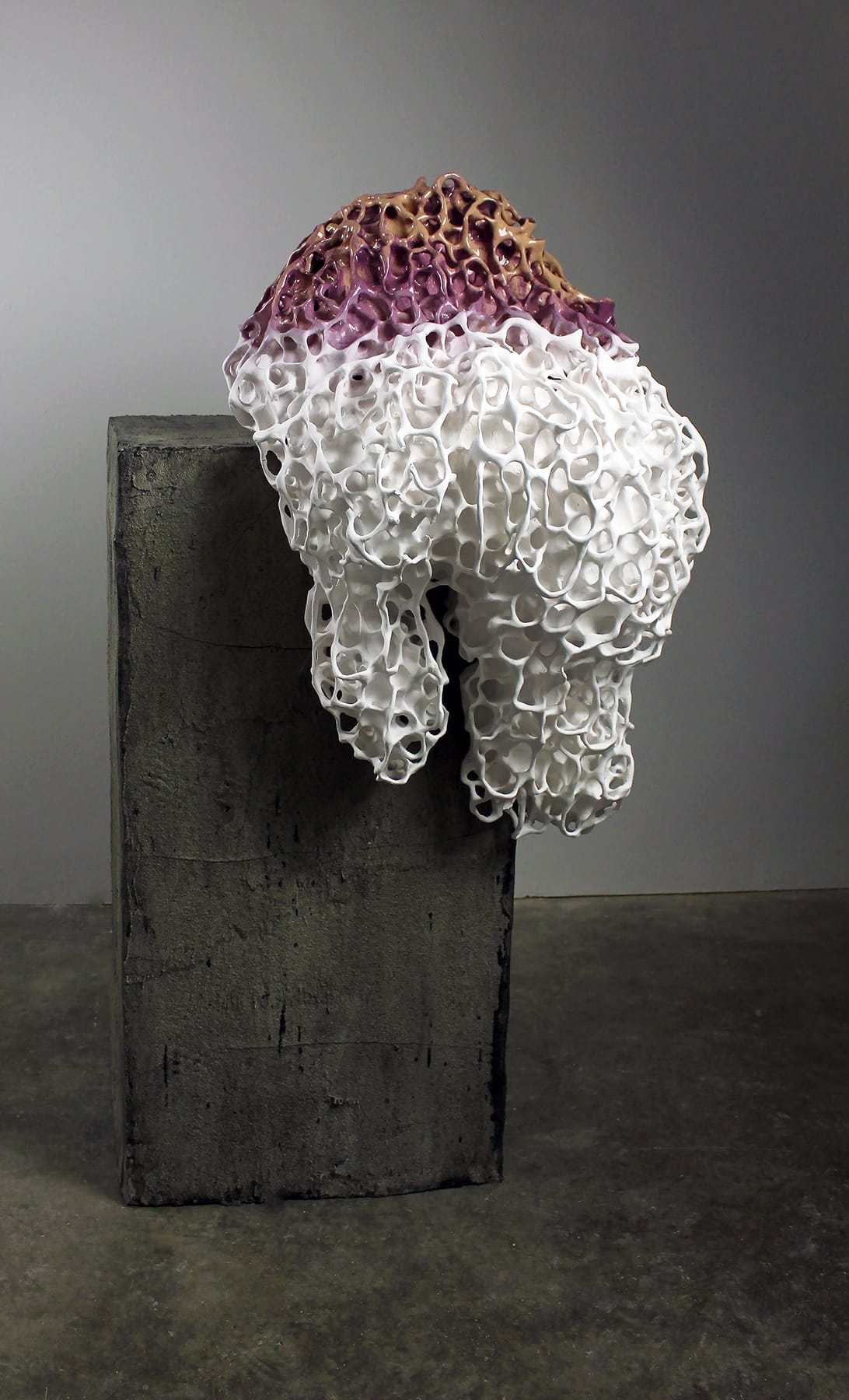 Sara Catapano‘s ceramic figurines seem as absorbing, nevertheless disconcerting biomorphic forms that defy their medium. Even though there are otherworldly attributes to these pieces, the artist’s observations here on Earth play a direct role in the creation of her work. She says that “these bio-expressive forms are, in some ways, reactions and responses to social and personal experiences.”

“The association between the natural world and the metropolis of man is, at times, harmonious; nevertheless it’s a habitual power battle for dominance, progression, and survival,” the artist says. “I employ forms, textures, and compositions found in nature as design components in my sculptures to juxtapose against architectural components that exist in materials reminiscent of an industry. I fuse an abstracted reference to plants, bacteria, and geological methods with patterns of growth, decay, degradation, erosion, and gestation to produce a biomorphic component which both faces and reacts to the minimal and formalistic component.”