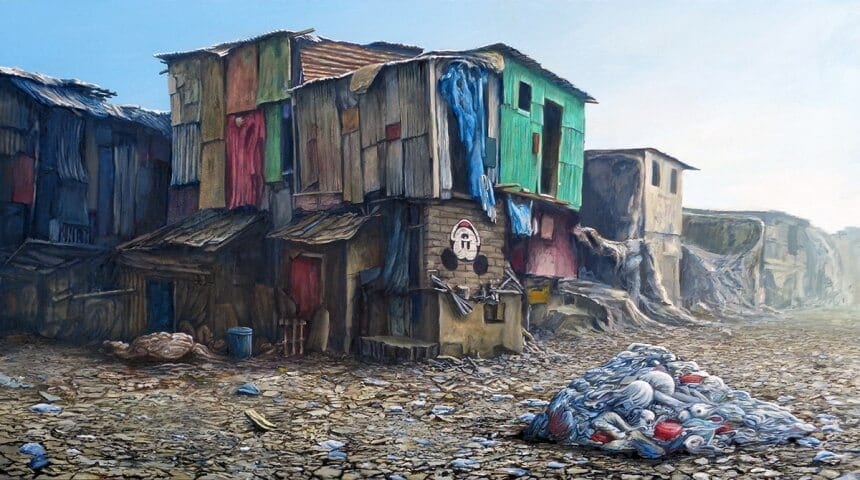 Recognized as the artist that caused Dismaland, Jeff Gillette’s work may be easy since Banksy brought it to our attention last year. While his work was incorporated as part of the first-of-its-kind bemusement park, the installations all shared a general theme that echoed the artist’s signature subversion of Disney and its characters.

Featuring 15 portraits, this newest body of work is a return to the post-apocalyptic scenes he’s been creating for over 20 years. This time, though, Jeff has turned the tables on Banksy, with many scenes in his new work inspired by Dismaland.

Titled Dismaland Calais, the series is based on Banksy’s digital realization of the Dismaland Castle, reimagined within the Calais refugee camp. In the painting, Jeff adds his surprises, Dismaland waste scattered about amongst the ramshackle tents, tear gas canisters rolling in the background, and the occasional Dismaland employee wandering in the ‘jungle camp.’

He explains: “In my late twenties I ended up joining the Peace Corps in Nepal. I was there for two years in an isolated environment where I had too much time to read heavy books and think. I discovered the views of the ultimate pessimist: German philosopher, Arthur Schopenhauer, and found solace in his ideas about suffering and art. From here the idea of taking the things people love and imposing the worst-case scenario was born. My work is the visual soundtrack to his ideas with an injection of humor.” 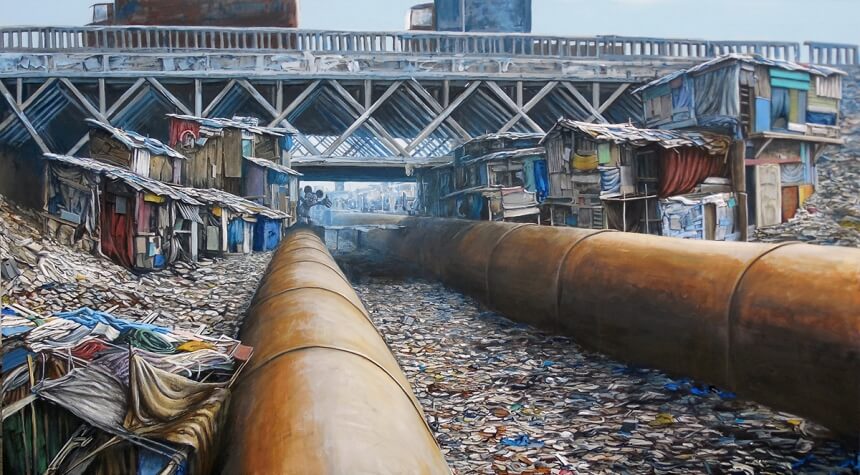 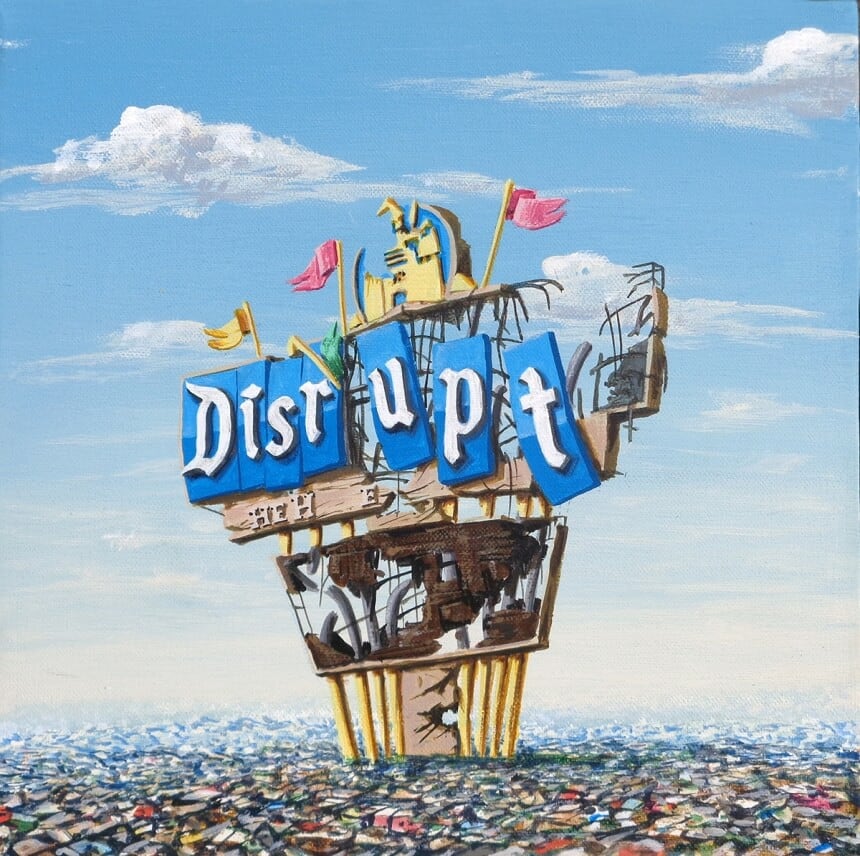 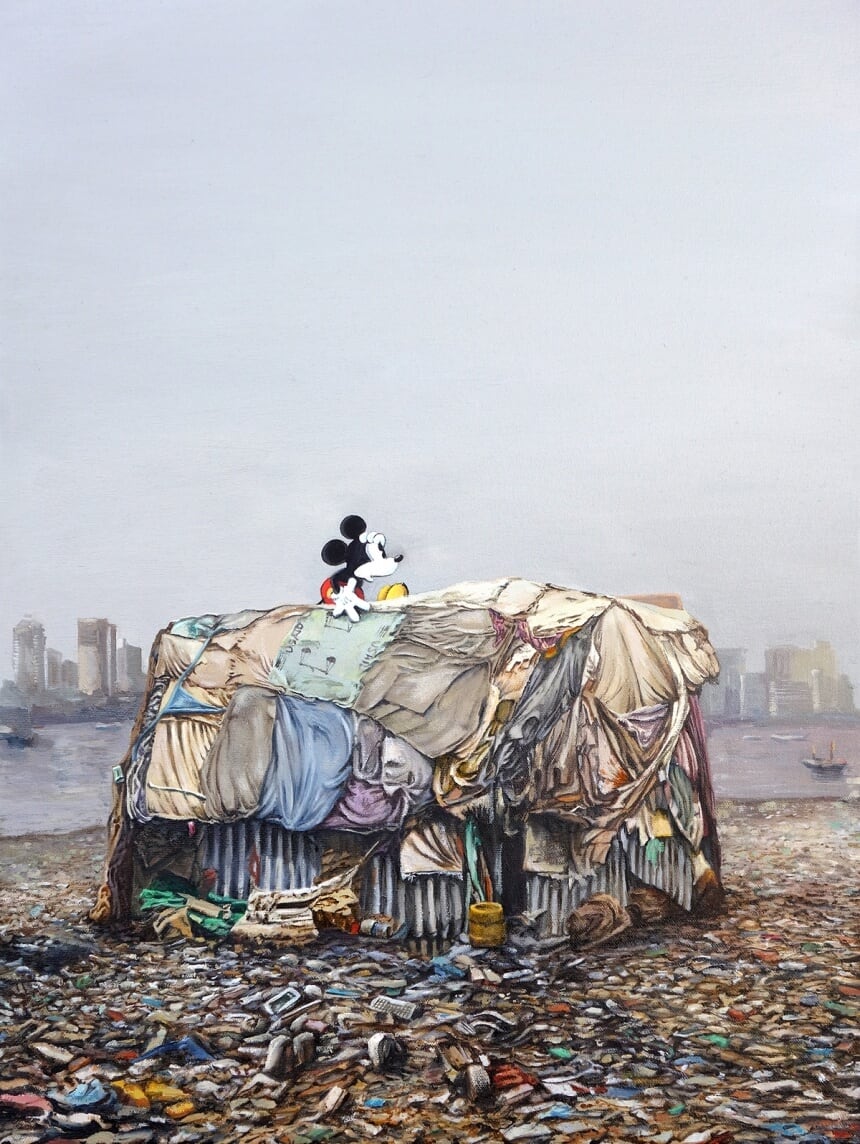 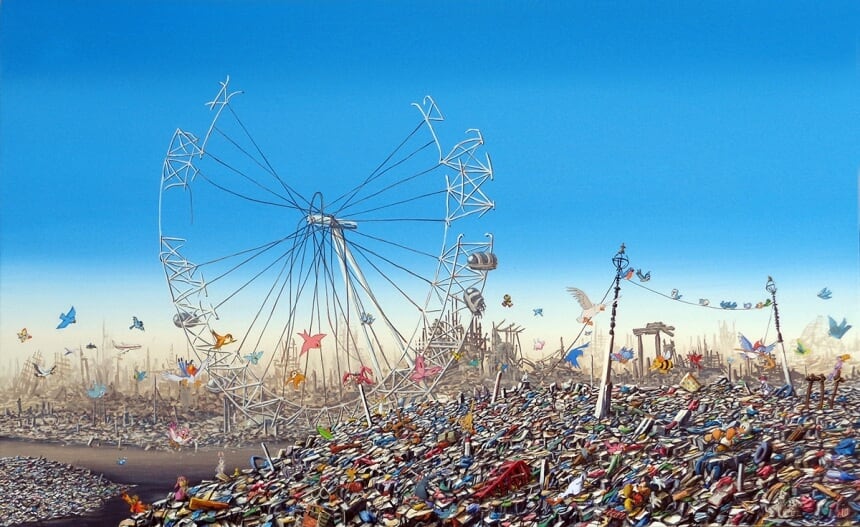 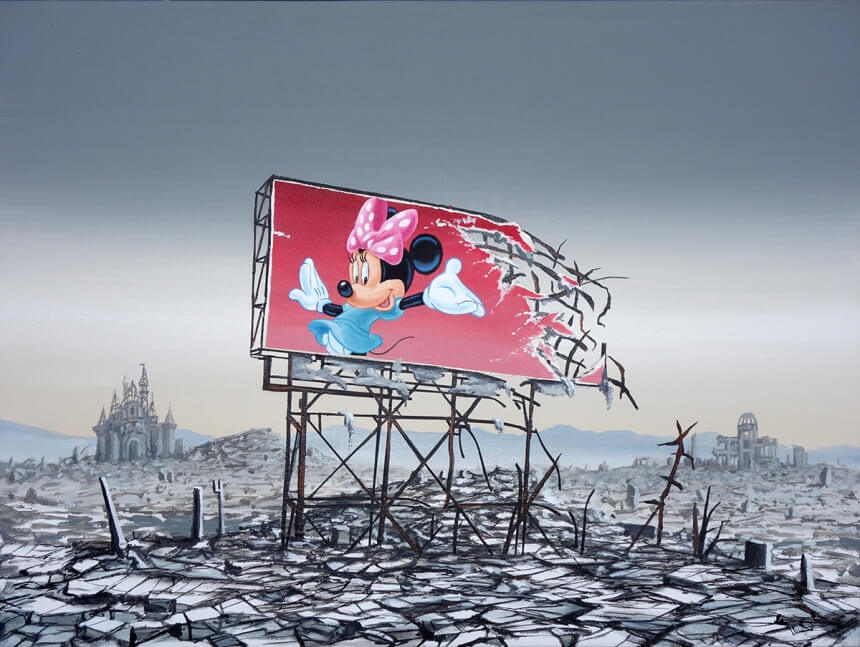 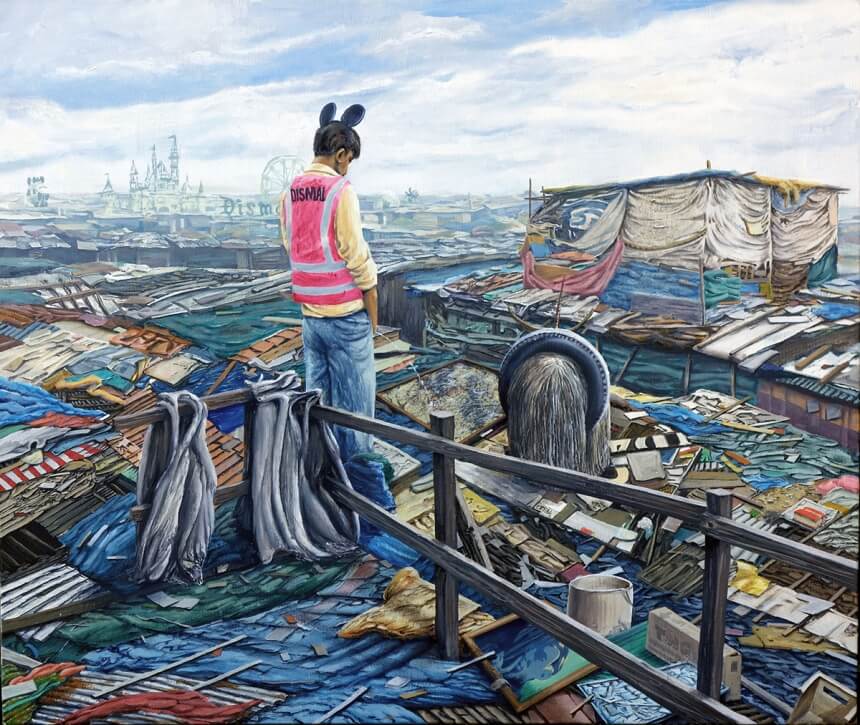 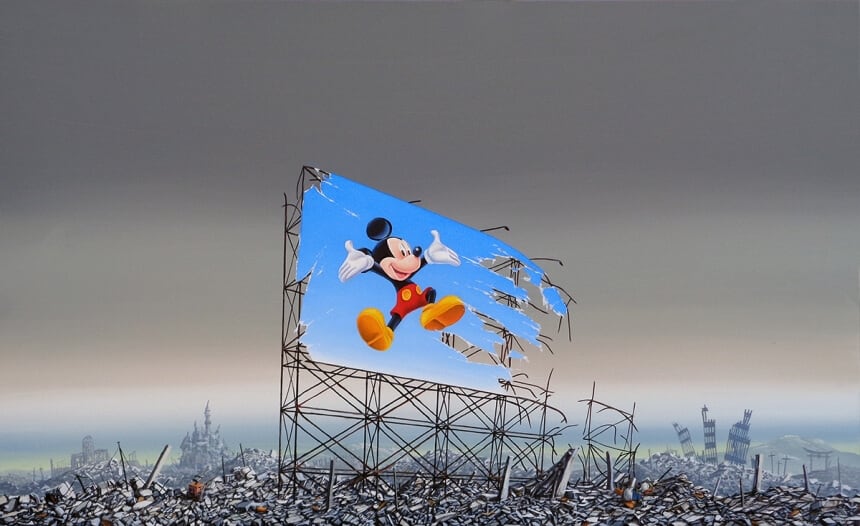 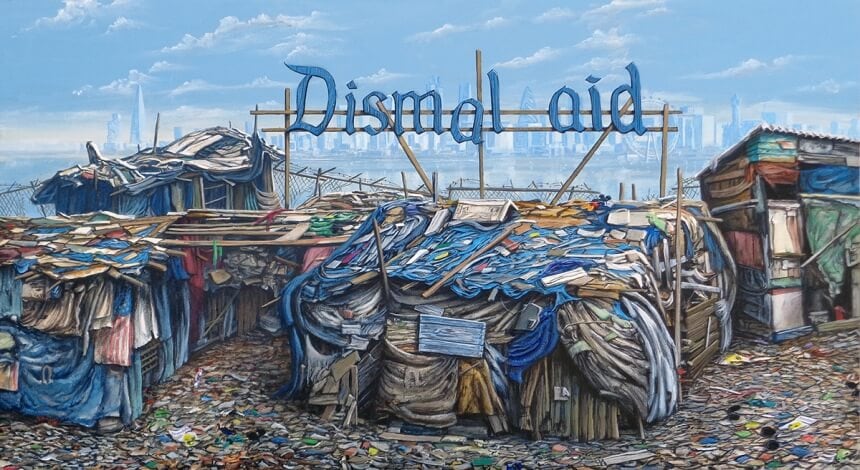