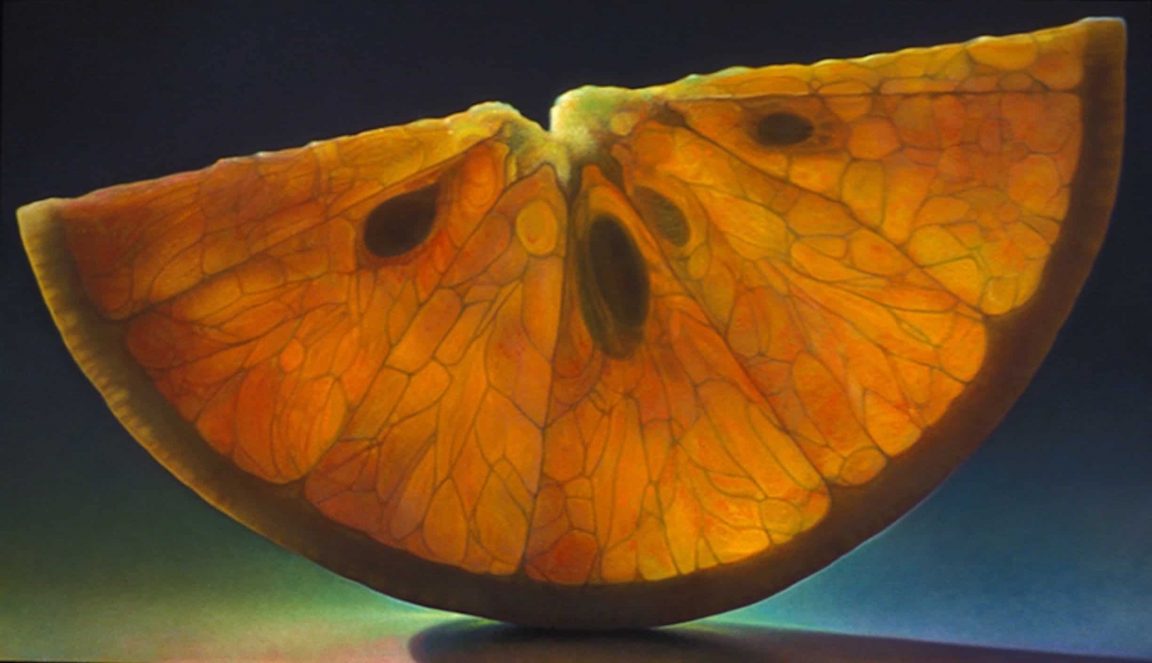 Ohio-based artist Dennis Wojtkiewicz generates large-scale oil paintings of fruit that seem so real; they may make you want to reach the canvas and have a bite.

Wojtkiewicz shared with My Modern Met in an email,”I was a figure painter. However, the literal read of the people in my paintings always caused me some consternation. Employing fruit subject matter gave me much more latitude in constructing a picture. I am attempting to approach an extremely accessible, traditional format (still life) in perhaps a more modern way–minimum in form yet quite complicated in the process.” Painted with soft highlights and shadow, each piece seems to shine like a light is shining behind the translucent fruit flesh. Every vein, seed, and juicy vesicle is rendered with incredible detail, highlighting nature’s perfect patterns and organic shapes.

The series investigates the passing of time, where each bit of ripe fruit is captured at its best before it ultimately decomposes. Wojtkiewicz explains:

“There are some elements from the visual undertow which can serve as catalyst or function to represent themes such as spirituality, relationships (or lack thereof), reproduction and, generally speaking, the transitory nature of all living things. When I go in the studio, it is with the intent of imbuing the paintings with a living spirit and to realize something which will connect with the viewer on a beautiful or even metaphysical plane.” 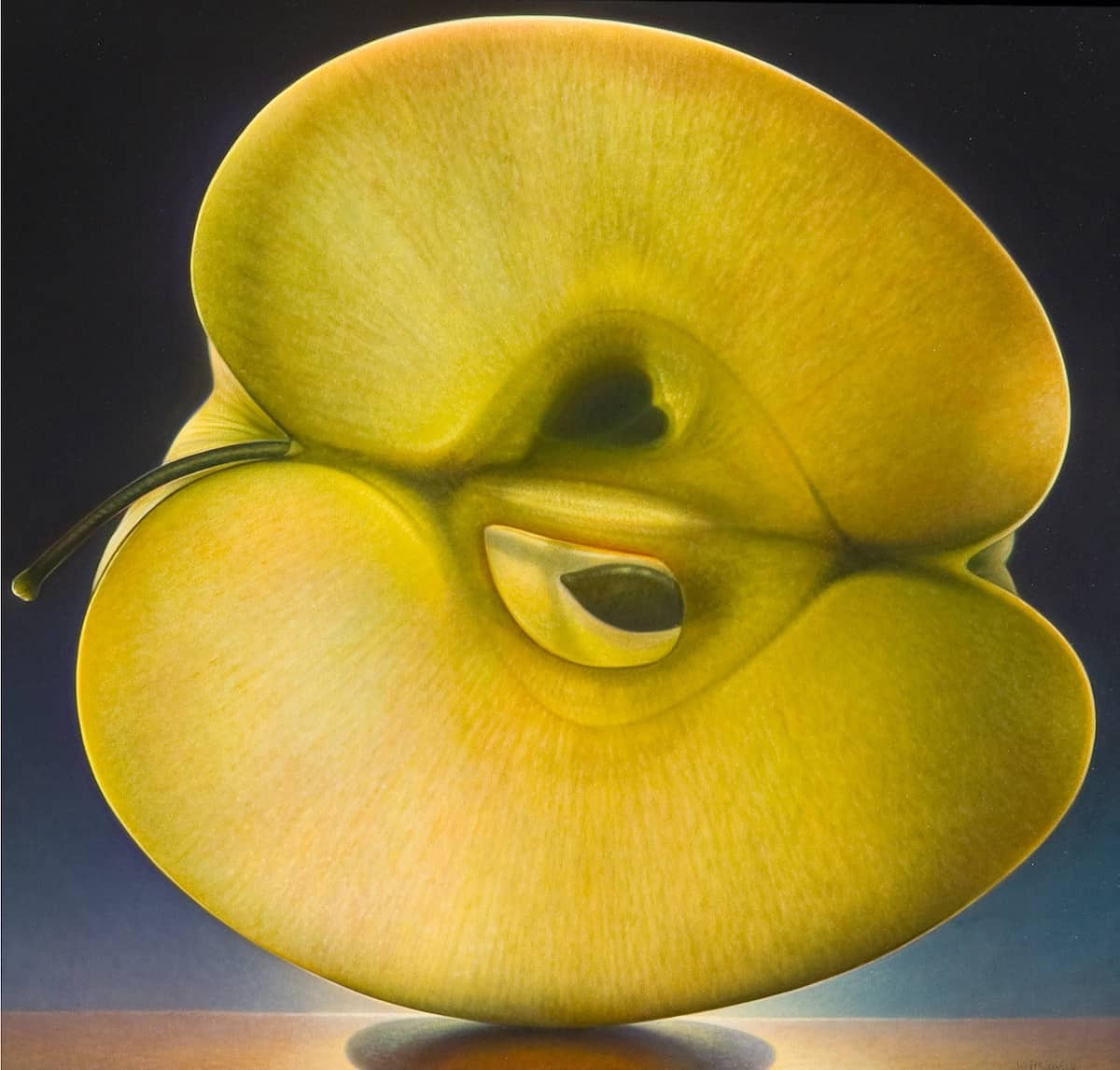 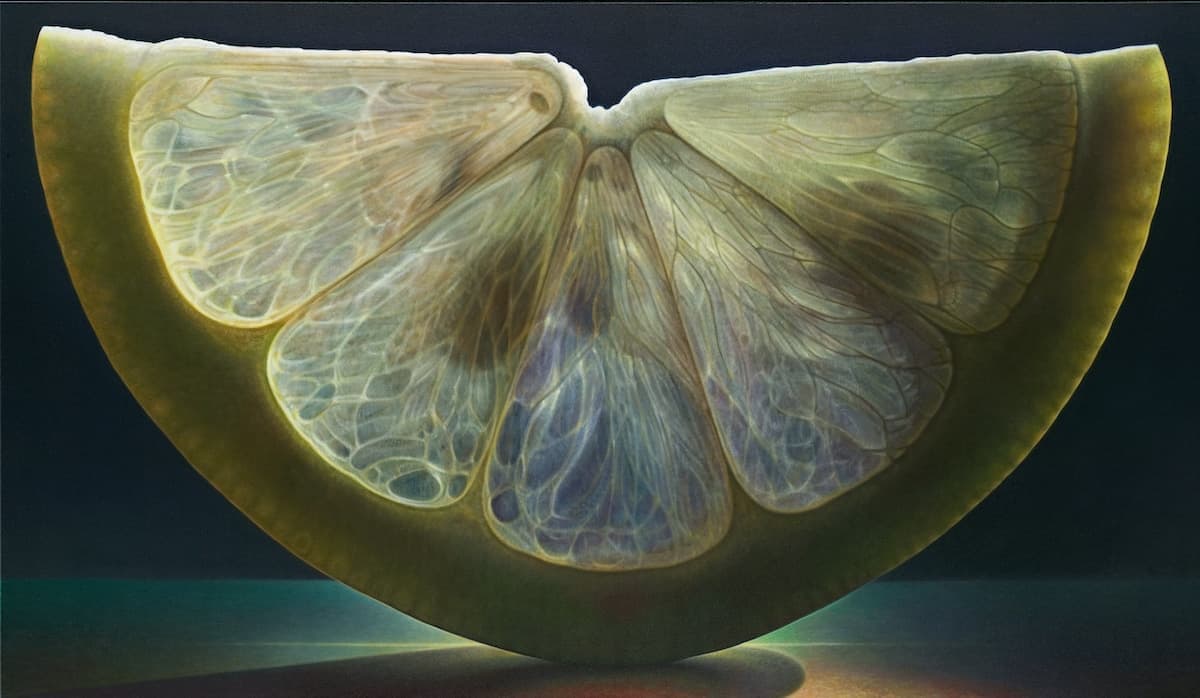 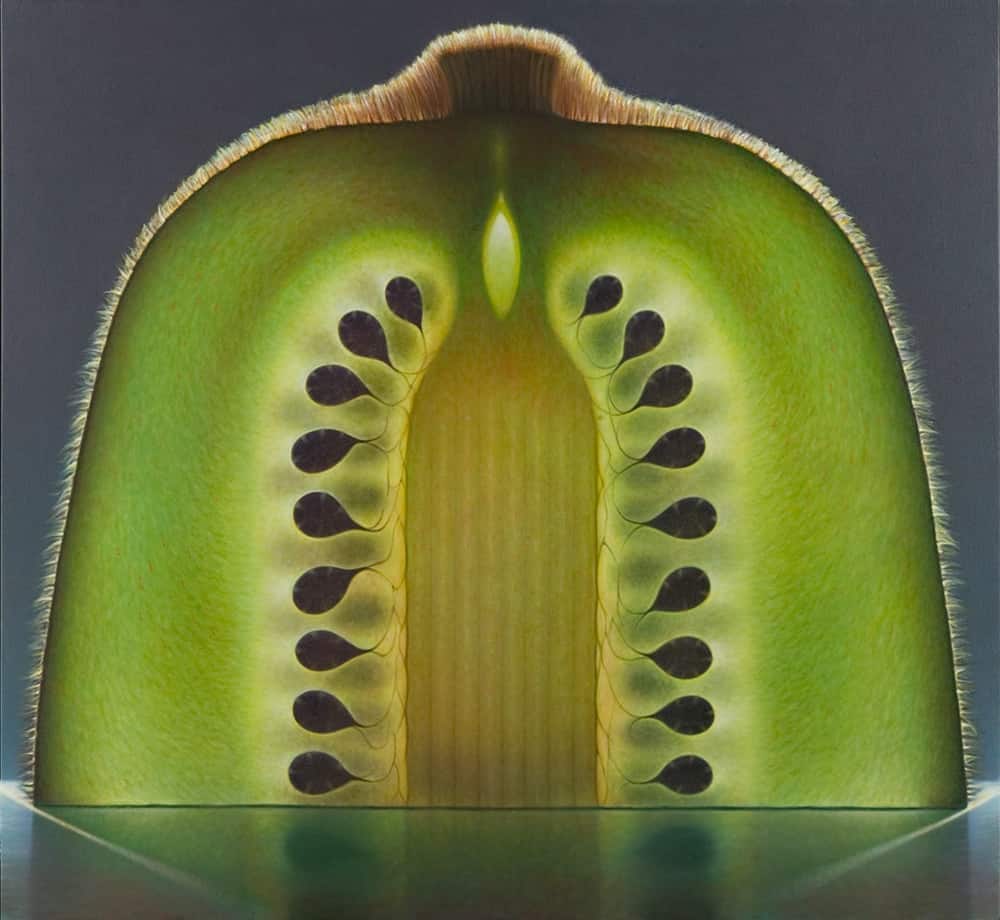 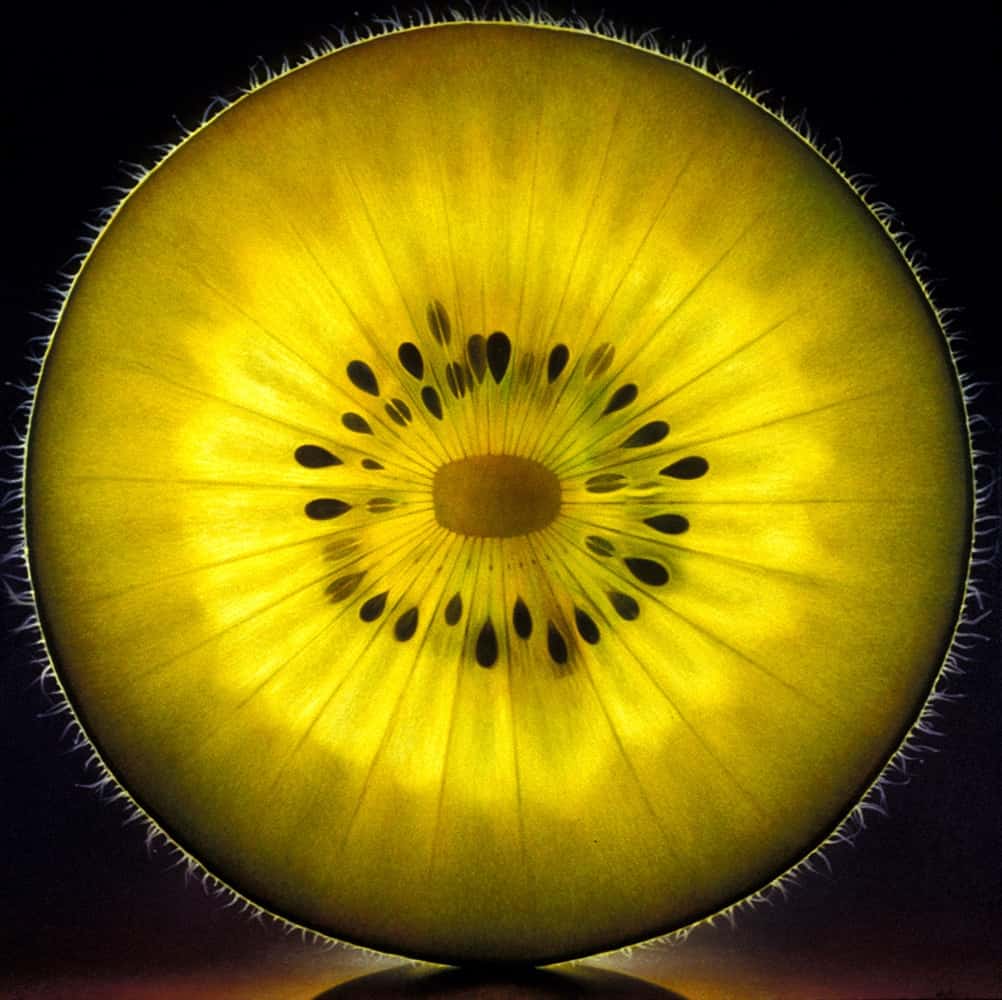 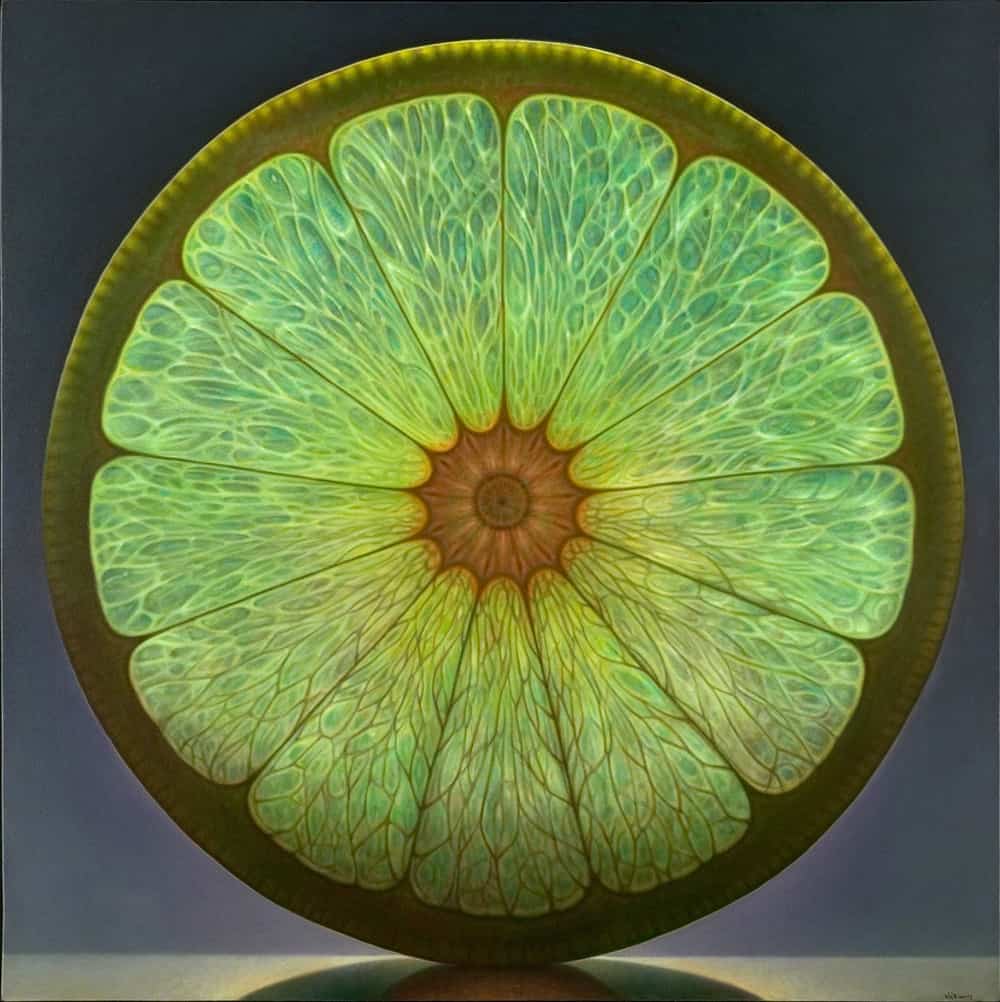 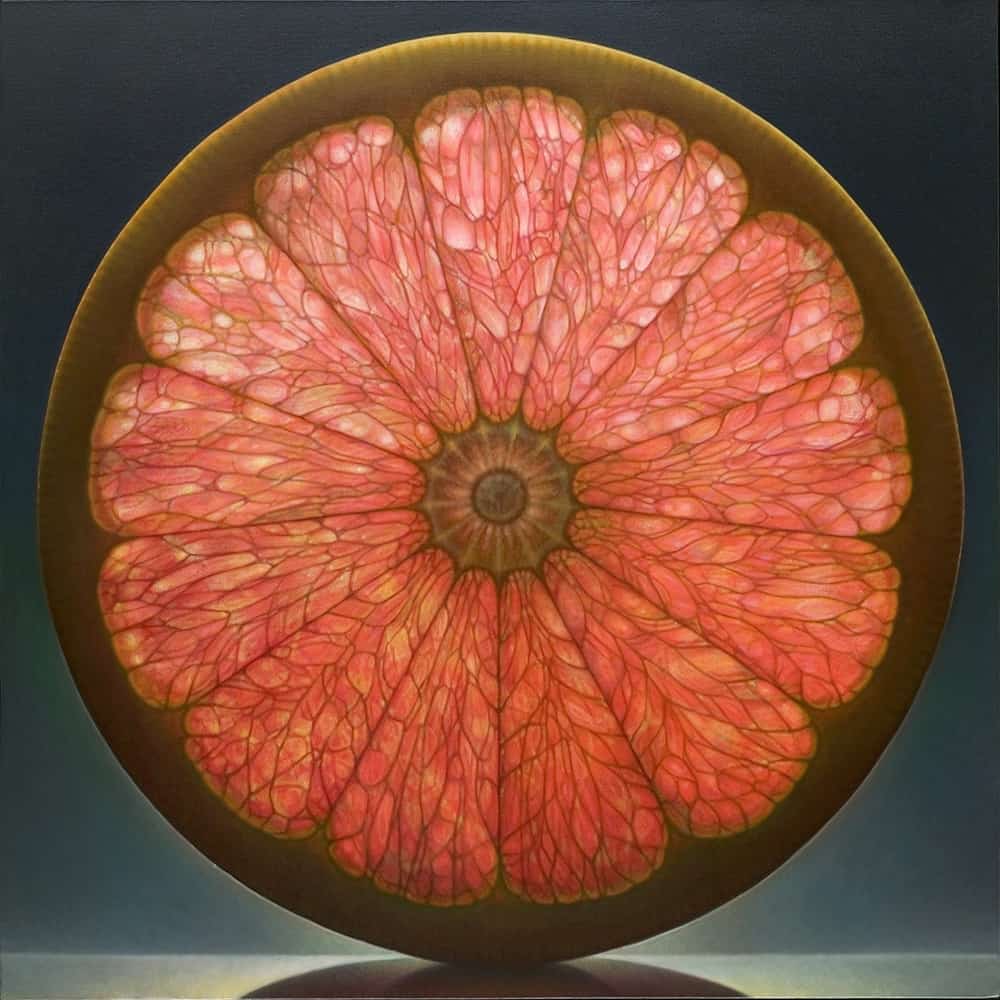 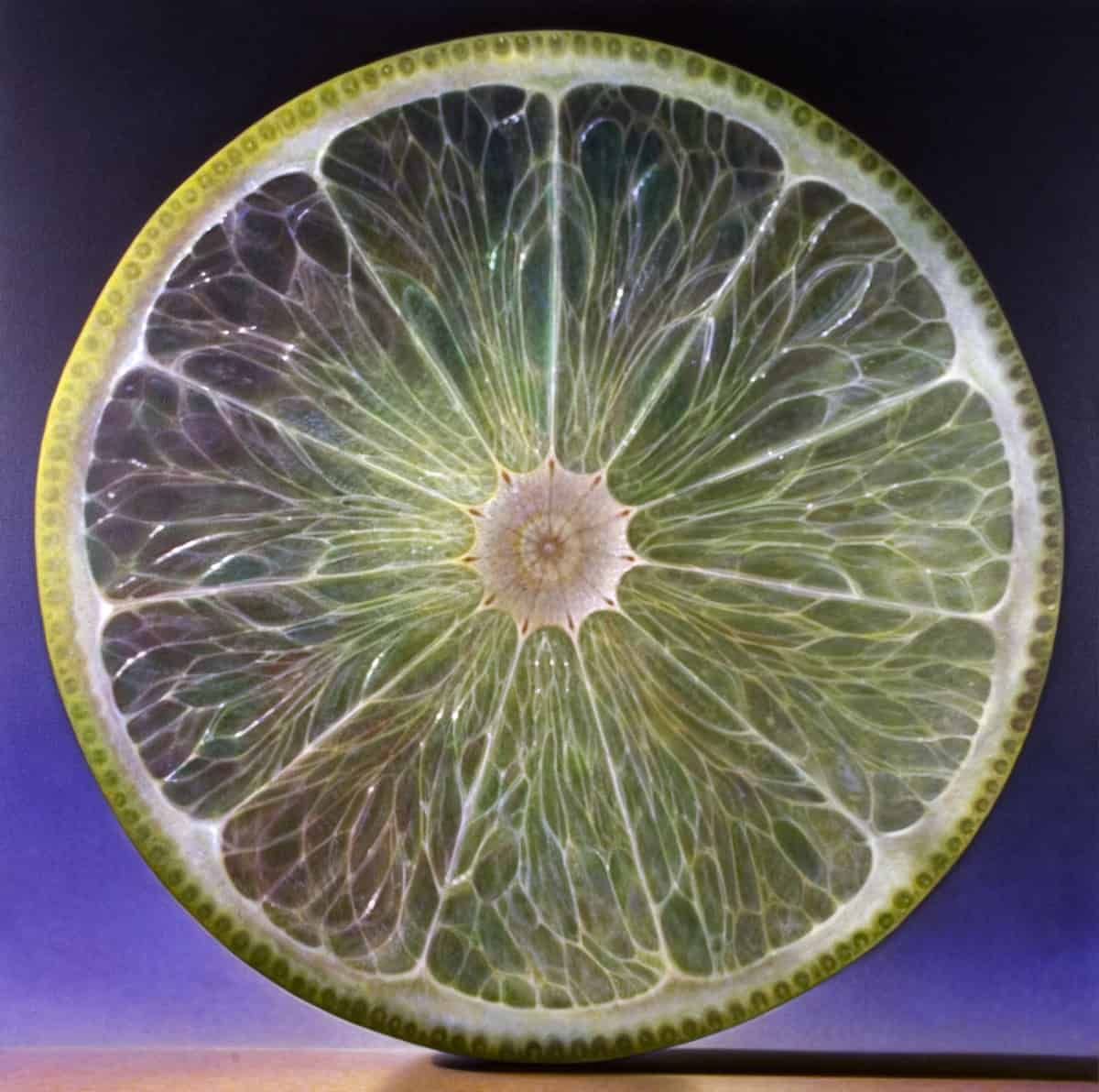