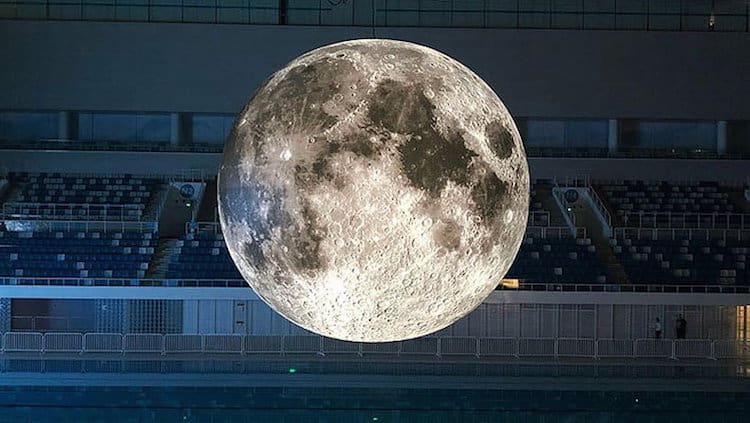 Since the rise of humanity, people have been fascinated with the moon – if a spiritual deity to early Romans and Greeks or since the focus of the”Space Race” between the United States and the Soviet Union.

Jerram‘s gigantic moon sculpture measures 7 meters (nearly 23 feet) In diameter and contains projections of NASA‘s 120dpi imagery of the real moon‘s surface. With the approximate scale of 1:500,000, every centimeter of the glowing spherical sculpture represents 5km of the moon‘s surface. Currently on show inside Beijing’s Water Cube at the National Aquatics Center, Museum of the Moon has been introduced in various areas across China, Australia, India, France, and the UK, both indoors and outdoors. Each display features brand new musical compositions, stories, mythologies, and highlights the most recent moon science. Depending on the place, the installation’s meaning will shift, encouraging audiences to observe the moons mythical attractiveness while contemplating cultural similarities and differences across the world.