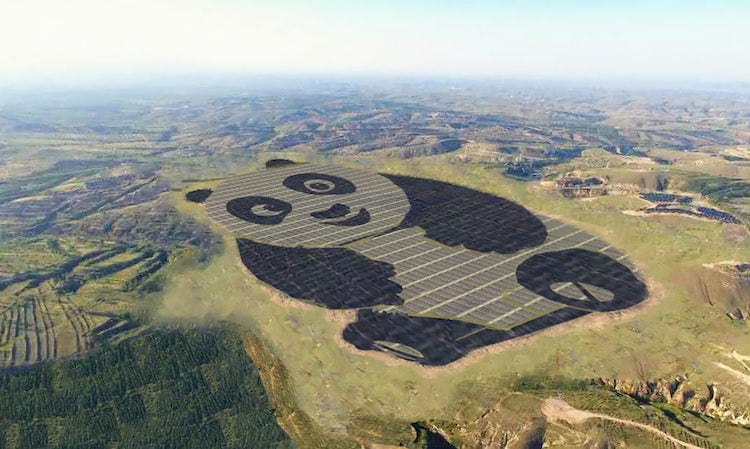 Renewable energy only got a shot of cuteness due to this Panda Power Plant, a brand new solar farm installed from the Shanxi province of China. The cute, panda-shaped farm is going to have an aggregate capacity of 100 MW when fully finished.

Thus, an activity center in the solar plantation will instruct local schoolchildren about solar power and its advantage. Since beginning construction in November 2016, the job has improved rapidly. The first stage is now complete, with a single 50 MW panda being on the grid.

So as to make the shape of the cuddly creatures. Panda Green Energy utilized monocrystalline silicon solar cells to the dark parts and thin film solar cells to the gray and white face and stomach. The 100 MW, Panda Power Plant, provides 3.2 billion kWh of green power in 25 decades, equal to conserving 1.056 million tons of coal or decreasing 2.74 million tons of carbon dioxide emissions.

This original Panda Power Plant is only the start. Panda Green Energy disclosed its plans to construct more solar farms during the next five years as part of the Panda 100 program. The objective is to build over the Belt and Road regions which are a part of President Xi Jinping’s economic growth plan. 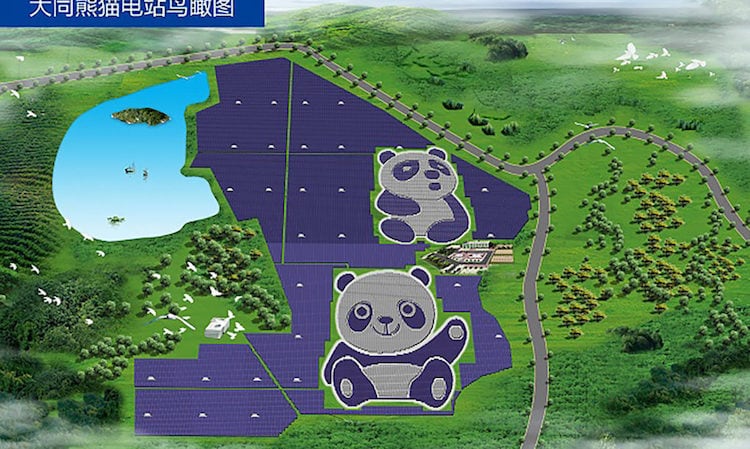