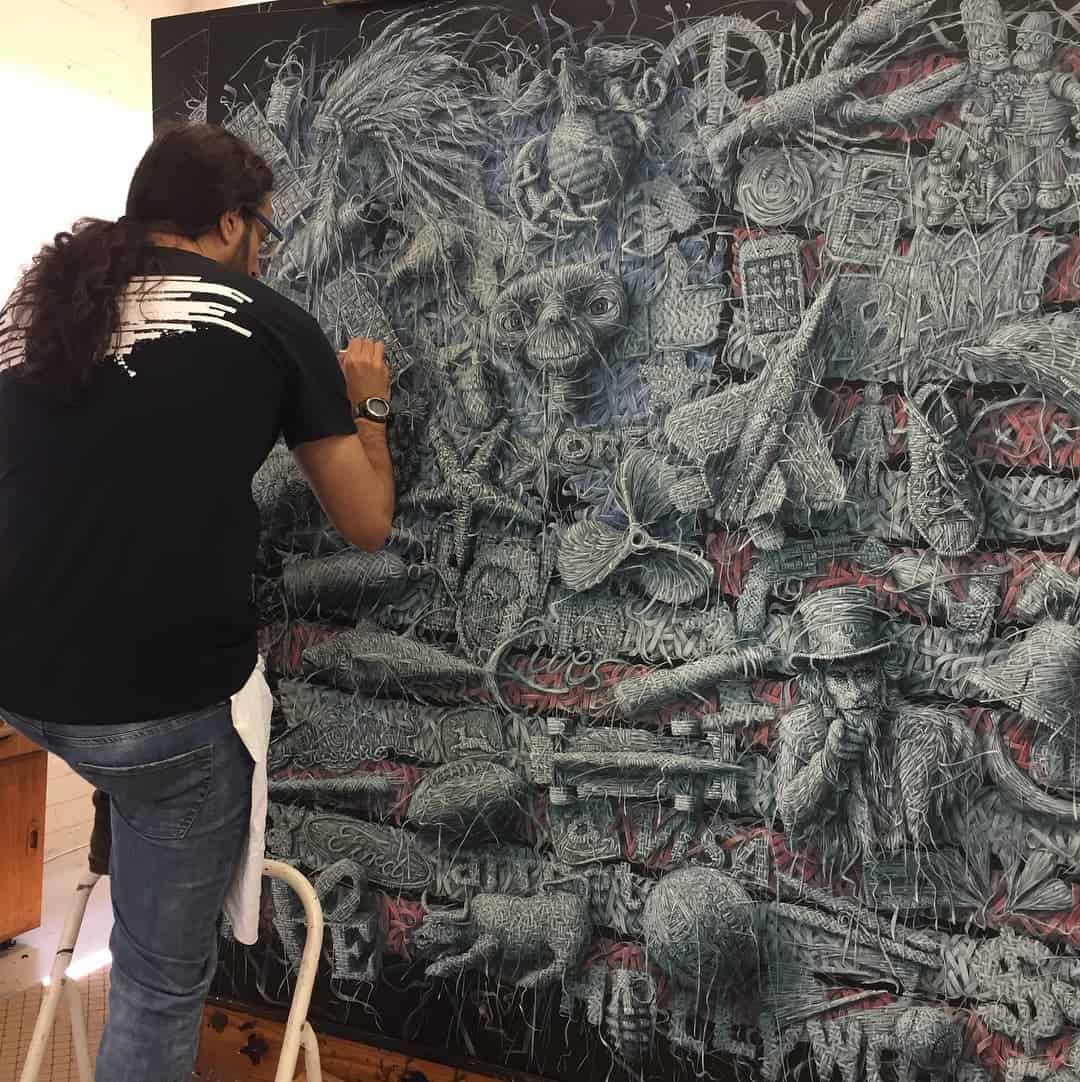 Alexi Torres discusses the relationship between man and nature within a contemporary context highlighting the interconnectedness of all living things. His functions are exceptionally complex communicating mystery, creativity, and also an element of surprise. He generates a distinctive signature, intricately weaving together symbolic and organic elements to make exceptional works which challenge the viewer to see underneath the surface to the archetypal qualities of the subjects. He seeks to initiate an urgent dialogue about the effects of individual thought and behavior on the ever-changing atmosphere. “Beauty is located at the fragility of existence,” says Torres, “We have to observe the interconnectivity of everything and appreciate how life is always slipping through our hands.”
Torres taps into international collective memory and arouses the imagination with playful themes and ironic juxtapositions relevant to the modern experience. His series range from portraits of ordinary people, military, cultural, and political icons to a diverse sampling of symbols from popular culture. These pictures are then reimagined and rebuilt employing his distinctive multi-layer painting procedure. Inspired by the agrarian lifestyle of his family and friends, Torres plants an idea for each new work and harvests it at conclusion according to the lunar patterns followed by his ancestors in his native Cuba. To record this ritual, every painting is started and completed on a waning moon and recorded with his signature onto the canvas.

Back in 2003, the artist moved from Cuba to the United States where he maintains studios in Atlanta, GA, and Zacundo, Costa Rica.