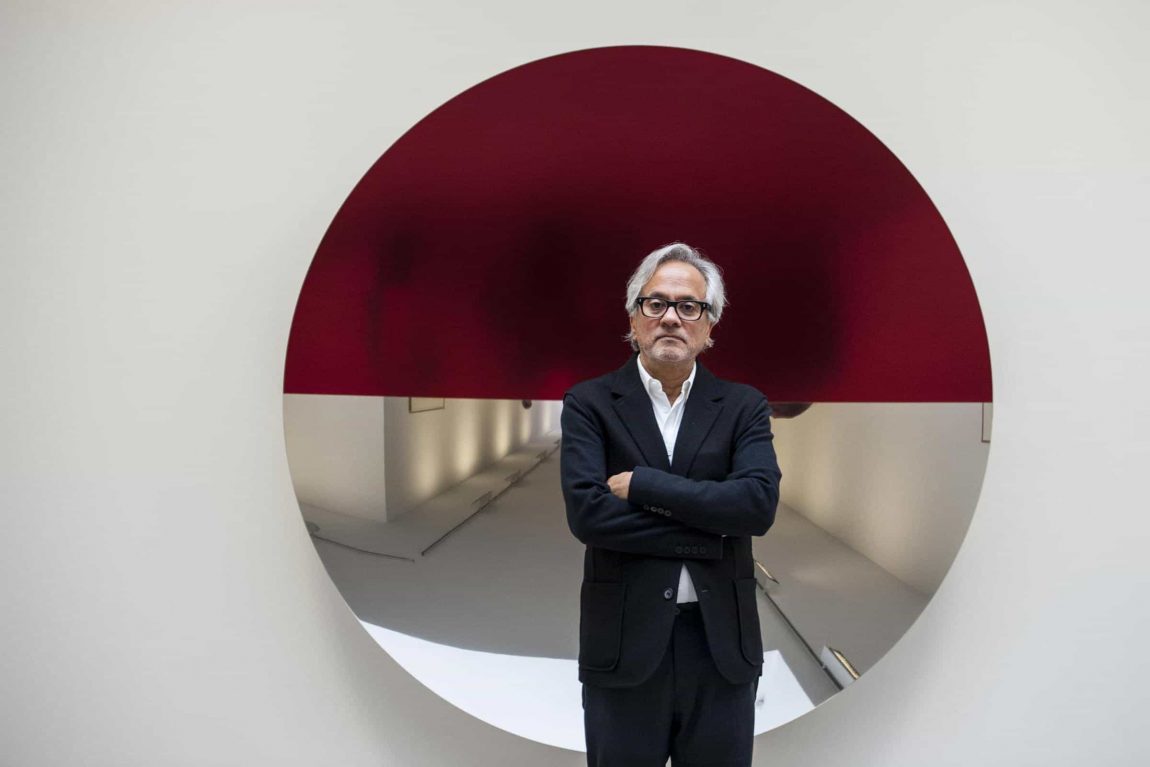 Anish Kapoor, CBE, RA (born 12 March 1954) is an Indian-born British sculptor. Born in Mumbai, Kapoor has lived and worked in London since the early 1970s when he moved to study art, first at the Hornsey College of Art and later at the Chelsea School of Art and Design. He represented Britain in the XLIV Venice Biennale in 1990, when he was awarded the Premio Duemila Prize. In 1991 he received the Turner Prize and in 2002 received the Unilever Commission for the Turbine Hall at Tate Modern.