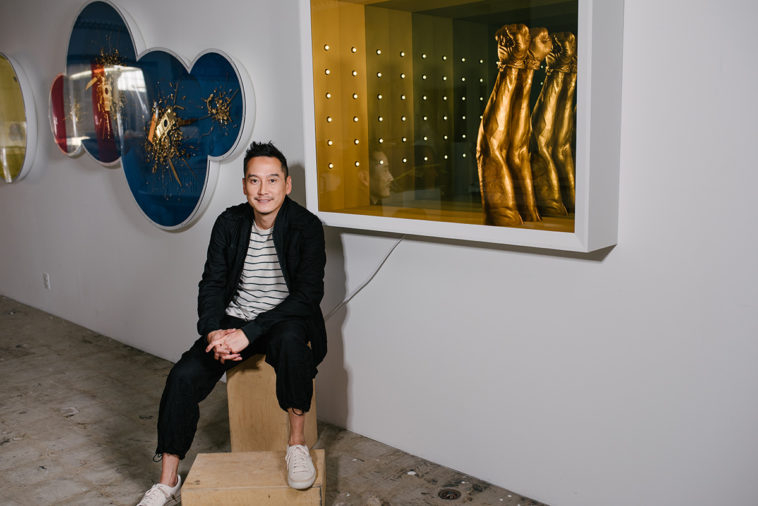 Glenn Kaino was born in 1972, and today is a contemporary artist who uses contradictions to make artwork.

Glenn has always been interested in the dialogue of conflicting ideologies. He got his start as an artist by using pieces from kits he found around him during childhood- this idea became what we now know as conceptual kitbashing: combining two or more different ideas together to create new work that would otherwise not exist without these opposing forces coming into contact with one another. The artist’s studio practice encompasses sculpture, painting, filmmaking, performance and installation. The latter is exhibited in public spaces as well where the work may be large-scale or configured to fit a specific site. He has also collaborated with other modes of culture like tech and music which have helped him reach out his message further than just contemporary art shows.