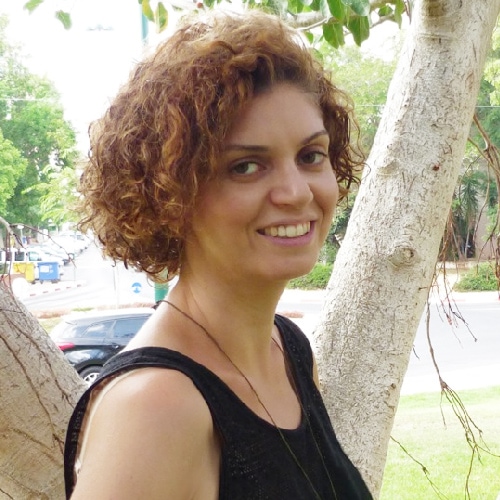 Lena Guberman is an award-winning artist. Since she’s graduated in visual communications in Betzal’el Academy in Jerusalem (2003), Lena has been twice a laureate of the Israel Museum award for film book illustration in addition to the Sterns award for illustrators.

Lena began drawing in an early age, and began studying art at the age of five.
She’s illustrated seven published books such as “I love” by celebrity-writer Yontan Geffen,”Gali’s Soap Bubbles” by Avirama Golan, “About Jeremiah Street” by Libby Daon and most recently “Aunt Margalit Fell to the Puddle”, Collected Poems by Nurit Zarchi. The previous three novels have won the Israel Museum award for film book illustration for the years 2006, 2010 and 2012.

Lena is quite versatile in her artwork and loves to devise and reinvent herself, with expertise in many different design areas. She was the primary character designer at Colin Brady and Christopher’s Reeve’s animated feature film “Everyone’s Hero”. Lena has illustrated articles in leading Israeli newspapers such as Ha’aretz and Globes, using both electronic technique and sculpting. In her book illustrations, she also uses a variety of methods from electronic design to handmade sewing and embroidery.

Lena lives in Israel with her husband Tomer along with their two young kids, Noya and Itai.