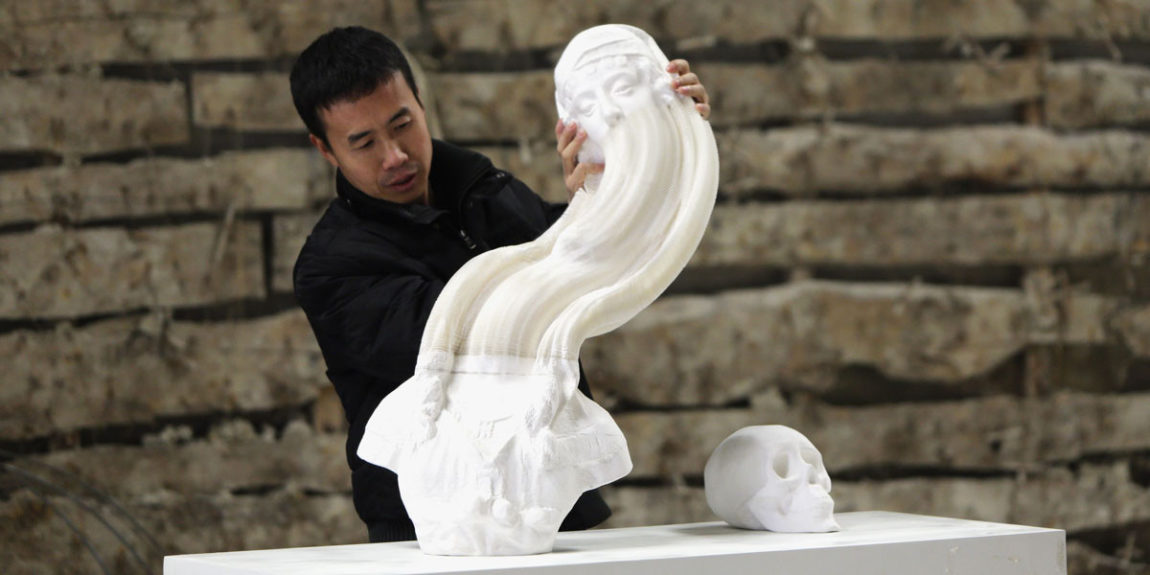 Li Hongbo (Chinese: 李洪波; pinyin: Li Hongbo) is a Chinese artist born in Jilin in 1974. He earned his Bachelor of Fine Arts degree from Jilin Normal University in 1996, Master of Fine Arts (MFA) degree in Folk Art in 2001, MFA degree in Experimental Art in 2010, both from the Central Academy of Fine Arts in Beijing. Li Hongbo is best known for his lifelike paper sculptures, made entirely out of paper and glue. His work has been exhibited in museums around the world. Li’s works have been exhibited internationally. Most recently, his works were displayed at the Ludwigsburg Museum in Germany (2013), the 18th Biennale of Sydney in Australia (2012), and Klein Sun Gallery in New York (2013). Li’s first solo exhibit in North America titled Tools of Study at Klein Sun Gallery received worldwide attention. He now lives and works in Beijing, China. Li Hongbo is represented by the Klein Sun Gallery in New York, NY.