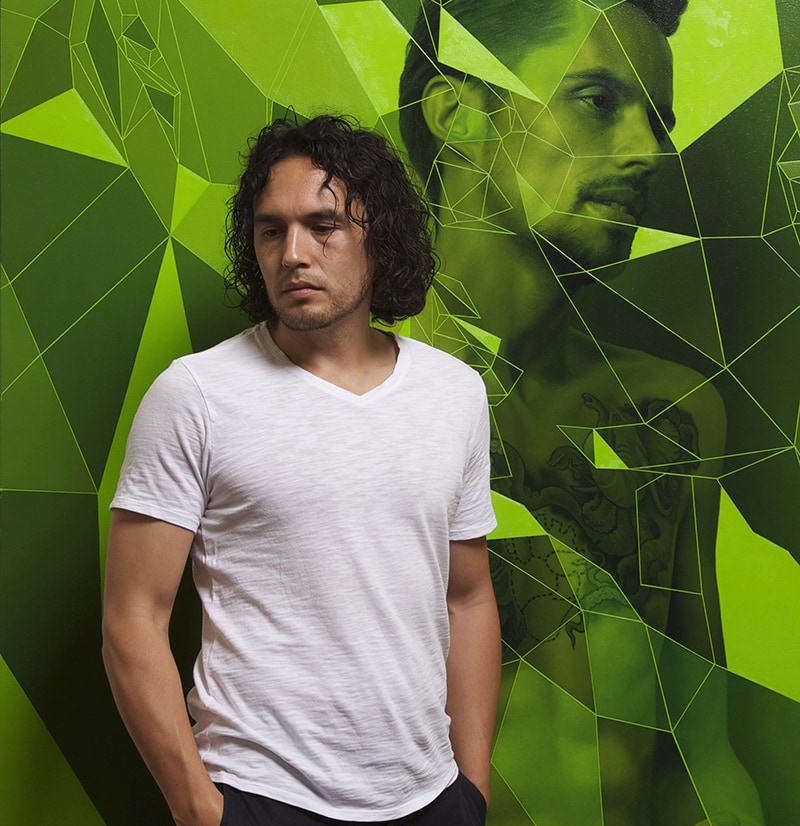 Born in 1978 in London, England, Robin Eley and his family migrated to Australia in 1981. He then moved to the United States to attend Westmont College in Santa Barbara, CA, where he earned a Bachelor’s of Fine Art in 2001.  Eley’s work is currently featured in the Fort Wayne Museum of Art Contemporary Realism Biennial, where he was awarded an Invited Artist Juror Merit Award, and will also be included in an upcoming exhibition at the National Portrait Gallery of Australia.  His solo exhibitions include Idolatry (2013) and Singularity (2012) both held at Hill Smith Gallery in Adelaide, South Australia.  Eley has also shown previously at the inaugural 101/EXHIBIT group show, Koi No Yokan (2013), and Journeys at the Ridley-Tree Museum of Art in California (2012).

Robin Eley has been a finalist in numerous Australian art prizes, most notably Runner Up (2010) and Highly Commended (2011) in the Doug Moran National Portrait Prize, the world’s richest prize for portraiture. In addition, he has also been a finalist in the Archibald Prize (2012) and the Eutick Memorial Still Life Art Prize (2010, 2012). In 2012 he was the recipient of an International Presentation Grant from Arts SA, enabling him to accept the artist residency invitation extended to him by 101/EXHIBIT here in Los Angeles.  Eley’s work is held in numerous private art collections around the world and has recently been acquired publicly by the Ridley Tree Museum of Art in the United States. Eley currently works and resides in Los Angeles, California.