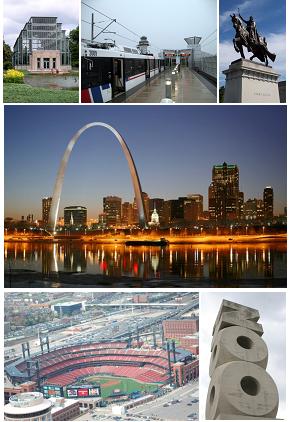 St. Louis /seɪnt ˈluːɪs/ is an independent city on the eastern border of Missouri, United States. With a population of 318,172 in July 2012, it was the 58th-largest U.S. city at the 2010 U.S. Census. The metropolitan St. Louis area, known as Greater St. Louis, is the 15th-largest metropolitan area in the United States with a population of 2,795,794. The city of St. Louis was founded in 1764 by Pierre Laclède and Auguste Chouteau, and named for Saint Louis.