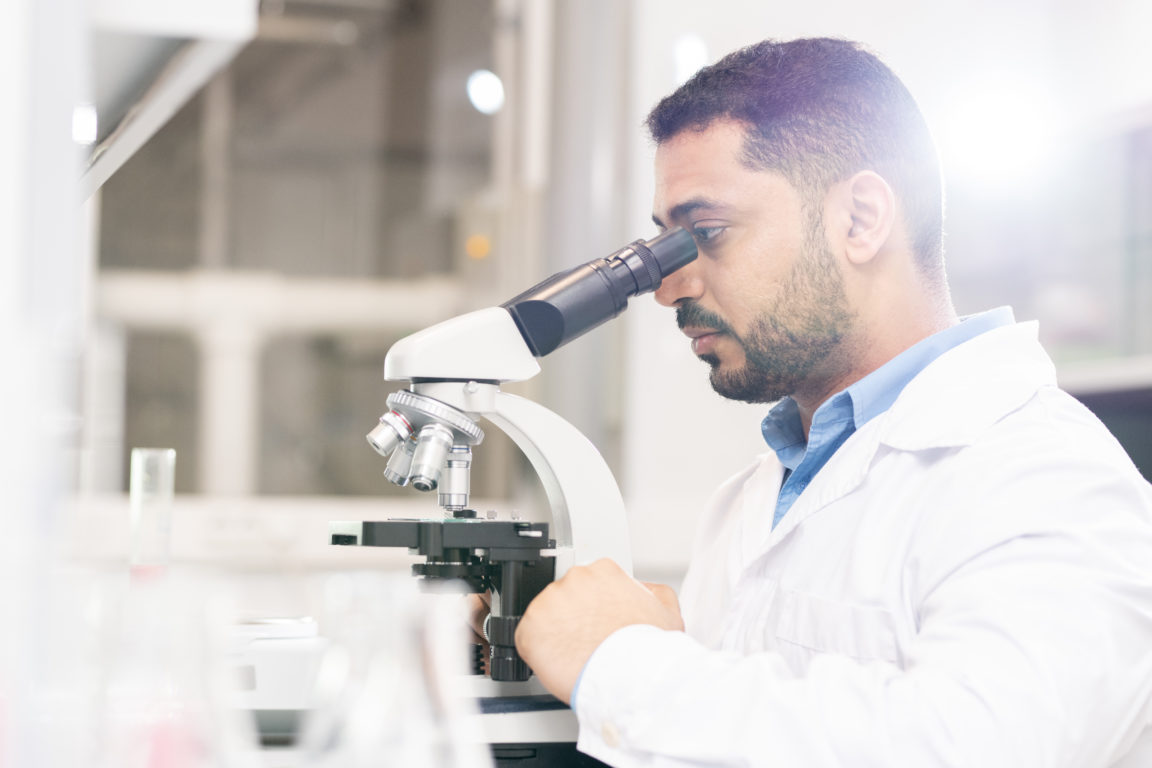 Inheriting a faulty version or a “variant” of specific genes can significantly increase your risk of developing certain cancers. As a cancer researcher at UT Austin, Kevin Dalby explains that these types of genes can’t repair damaged cells.

The damaged or “bad” cells can build up and eventually form a tumor in your body. But, what are faulty genes?

Kevin Dalby explains what they are and how CRISPR technology can potentially fix them.

How Genes Can Cause Cancer

Just about every cell in a human body includes a control center known as the nucleus. Inside each of those are 23 chromosome pairs in which genes are located. The genes have coded messages telling cells how they should behave.

Each of us has roughly 25,000 genes in our body controlling how we develop and grow. Over our lifetimes, things can go wrong in our genes, which allows cancers to develop. These changes in genes are referred to as mutations or faults.

Faulty genes are the cause of most types of cancers. Typically speaking, they occur as people age. Defective genes can develop randomly as cells divide due to exposure to carcinogens such as sunlight or cigarette smoke.

These faulty genes develop over a person’s lifetime, and luck won’t be passed onto offspring.

Some Faulty Genes are Inherited

That being said, some faulty genes can be passed on from one generation to the next. These inherited defective genes can increase one’s risk of developing certain cancers.

The faulty genes, in this case, are in the genes that are present in either the woman’s egg or the man’s sperm cell when conception occurs. They are then copied into all cells in the offspring’s body and passed on continuously from one generation to the next.

Just because you inherit faulty genes doesn’t mean you will develop cancer. It just puts you at increased risk of creating certain types of cancer. Luckily, only about 5% to 10% of all diagnosed cancers can be linked to faulty genes that are inherited.

How CRISPR Can Help

CRISPR is a technology that was first unveiled back in 2012. Before its discovery and creation, editing genes in animals and plants was possible but cost excessive money and took years to occur.

CRISPR technology makes editing genes much quicker and less expensive. It works by finding a specific piece of a cell’s DNA and altering it. As Dr. Kevin Dalby, UT Austin professor, explains, CRISPR can also be used to turn off particular genes without changing the sequence in any way.

Technology has the immense potential to transform medicine completely. CRISPR could help treat certain diseases such as cancer and completely prevent them as it relates to faulty genes.

By identifying faulty genes and altering them before they can cause a problem, CRISPR could help prevent cancers before they ever develop – no matter whether the defective gene developed over a lifetime or was inherited at conception.

Dr. Kevin Dalby is chemical biology and medicinal chemistry professor who is currently working on cancer drug discovery. At the College of Pharmacy at The University of Texas, he examines the mechanisms of nature and cancer to develop new treatments and teach and motivate students to conduct research. Dalby is optimistic about the future of cancer treatments.