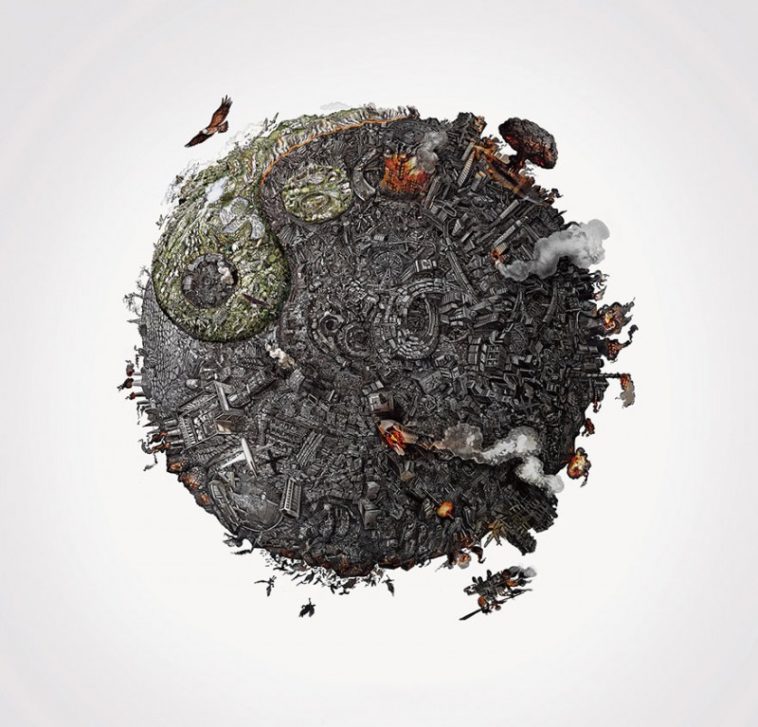 Today I want to present you fascinating series of illustrations called Yin Yang and drawn by McCann Worldgroup, India.

“Yin Yang is a result of the same kind of faith and thought process. Daily natural disasters and environmental hazards triggered the observation that the state of the environment is imbalanced. Therefore the idea – “Bring back the balance was born. To visually depict it, I used the famous Chinese symbol “Yin Yang”. The symbol represents the state of balance between two opposites with a little bit in each. I wanted to explore this irony that exists between the symbol and the existing situation of an environment. It was quite a time-consuming campaign. Before starting off, I invested a lot of time in doing research considering the factors, causes and reasons behind various kinds of environmental pollutions. It followed by some sitting with the illustrators in my team to finalize the style and scale of a detail of the artworks. The rough sketches were done for more than a month by me and two illustrators. The original illustrations were hand drawn on wall sized sheets. I tried to as much detail and reality as possible. The illustrations were then painted with watercolors, photographed and digitalized. The last part of the campaign involved the laborious task of retouching. It was pretty challenging to keep the synergy of earth colors intact while bringing forth the black and white of Yin Yang in the artwork, at the same time. It took the team more than six months to draw & paint and three months to retouch the whole project keeping in mind every single object in it. Now, here is the concluding result in front of you and it seems now the effort was worth all the time.”