Image courtesy of the hearnes

Thanks to adventure photographers, the Hearnes, we could all experience a few frames of what it may have felt like to get married 400 ft above the floor, over a canyon‘s edge in Moab, Utah, while favorable guys in tutus parachute round us. In 2016, Kim and Ryan got engaged on precisely the same internet, the Spacenet, that is featured each year at GGBY — a high-lining festival of antics and adrenaline. At GGBY, monkey-onezees are the way-to-go. 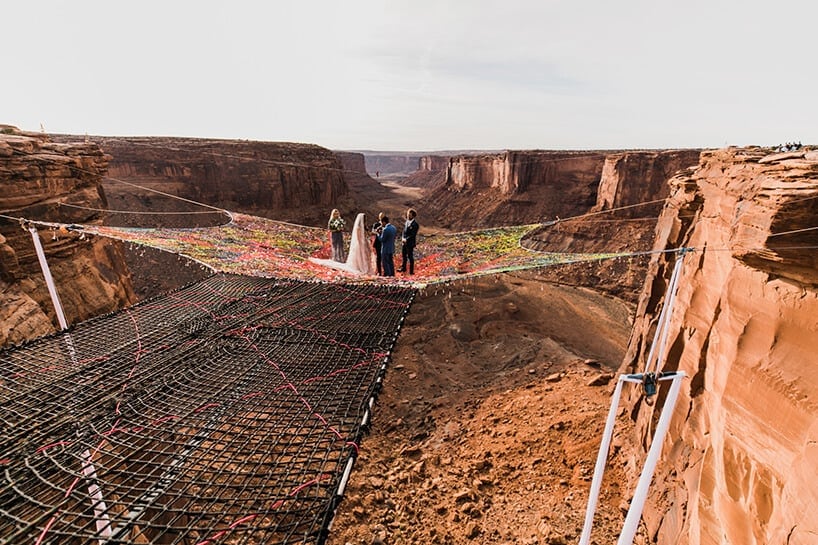 Within their blogpost, however, the Hearnes shift our attention from the shock-factor and the craziness, and rather focus on the true awe — community love. Technically, GGBY 2017 started the week of Thanksgiving — exactly one day after Kim and Ryan’s wedding but, truthfully, their wedding was off the kick. 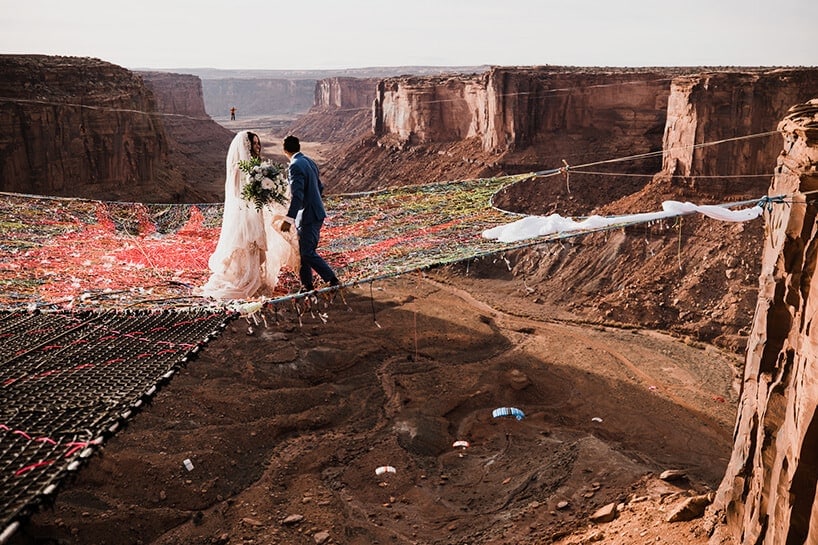 Paragliders, base-jumpers, talented family and friends, Kim and Ryan apparently created an amazing, once in a life, private experience that none of us will probably ever be able to understand. Hopefully, casual browsers won’t see this as an opportunity to poorly-intimate a similar sense of their special day. This wasn’t just Kim and Ryan’s thing. It is not something we could relive. It was otherworldly, and it was only if you attended.

Thankfully, the rest of us have beautiful images to glimpse. For erasing the traditional, horrible imagery that goes along with the word ‘wedding,’ and replacing them with these. 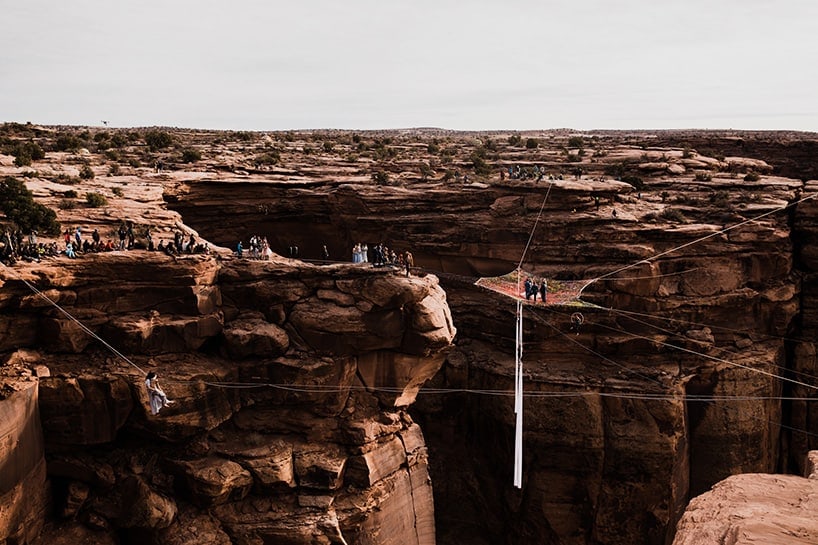 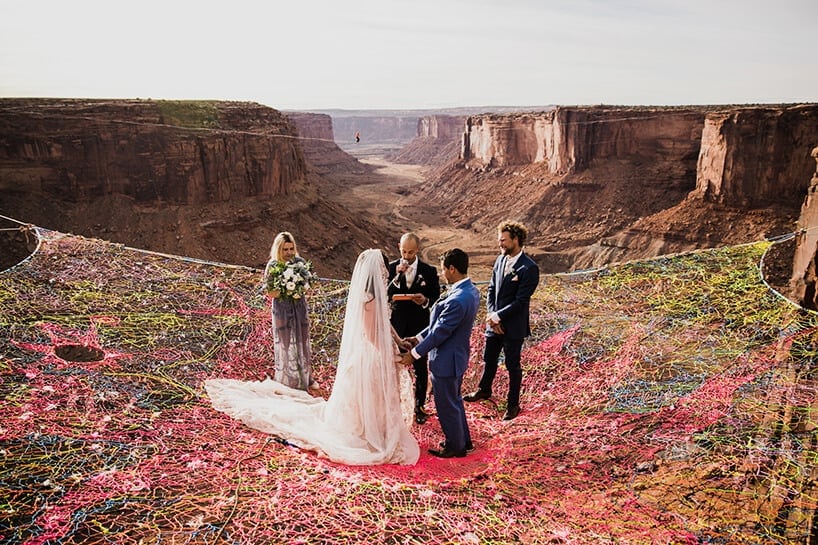 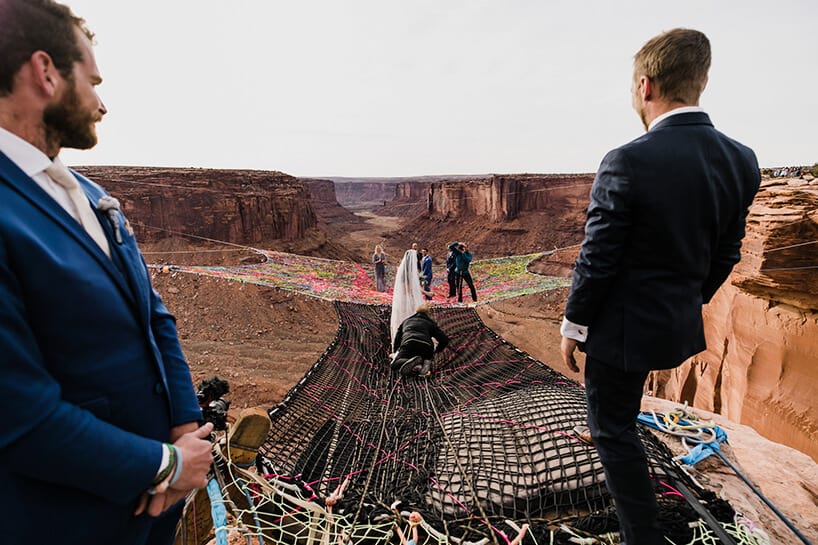 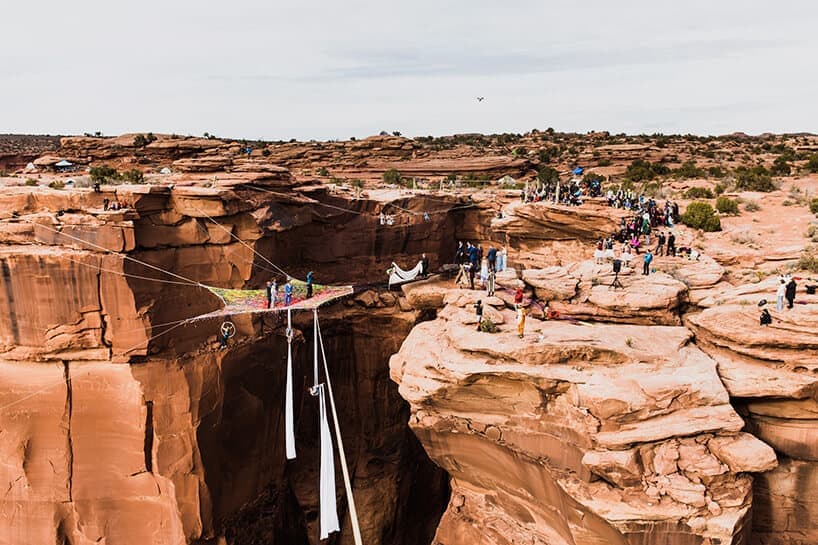 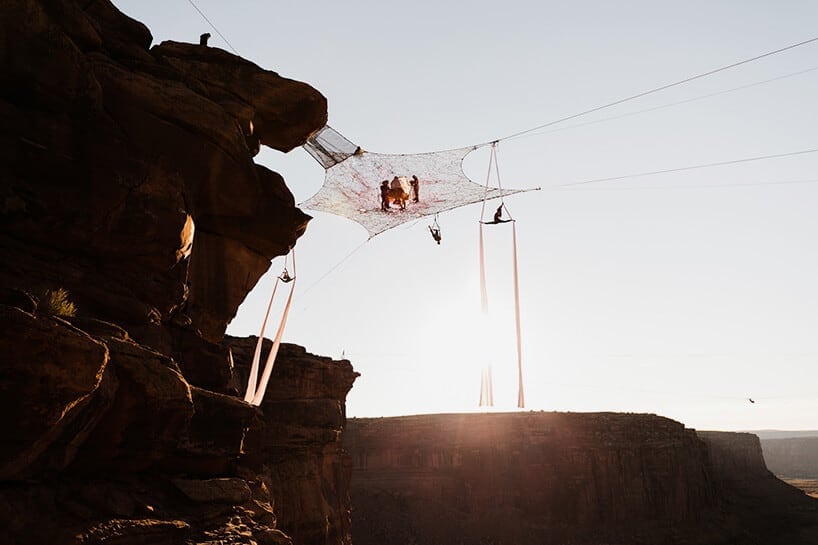 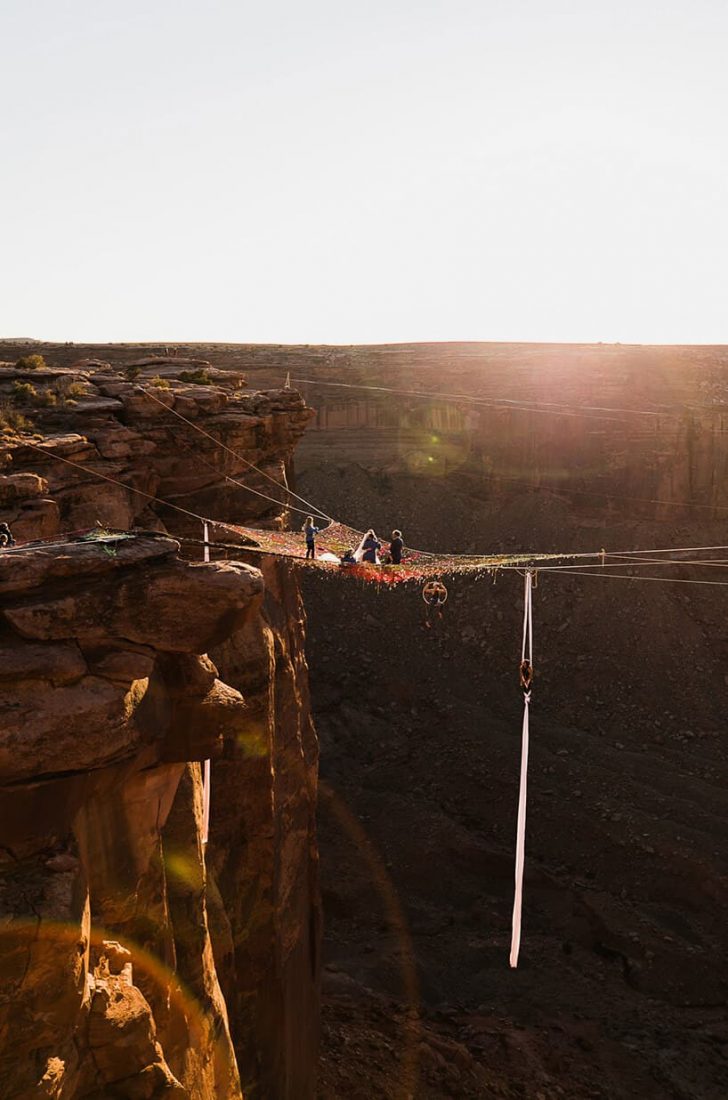