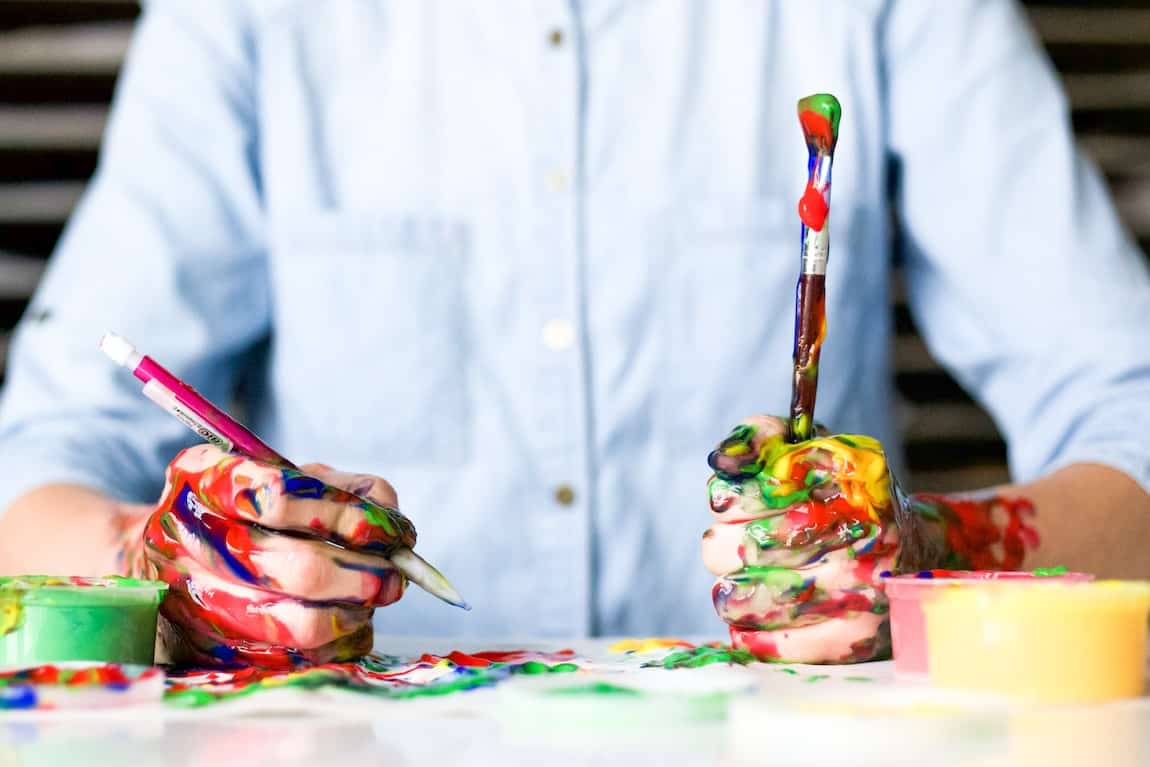 Photo by Alice Achterhof on Unsplash

There are several studies that debate whether creative ability and thinking are a learned skill or an inherent trait. However, some do believe that creativity is a mixture of being intentional and being human. This would mean that there is a possibility that creativity is a blend of environmental influence, application, as well as genetics.

In this post, we will be talking about whether a person’s creative ability is determined by our DNA. You may have already thought about getting your DNA tested using DNA testing kits. If you’re curious about it, you may check MyHeritage Review, which details how this testing kit analyzes your DNA, thereby determining your genetic origins. Doing so may be of great assistance but if you need a definite answer to the above question, then keep on reading.

Is Creativity Something We Inherit from Our Parents?

Have you ever asked yourself – what’s the reason why humans innovate? What drives humans to be creative? For generations, humans have never learned how to live well alone. Humans are also trying to reinvent just to be able to come to perfection. We also live by the saying “if it’s not broken, why fix it?” We also tend to believe that there’s always an improved way of living. However, innovation is about the same as creativity when you align it with a person’s knowledge on a specific field. Where does creativity originate – is it something with us when we were born or is it a skill that we can learn?

We ask ourselves – what makes a person creative? Is it genetics or is it practice? Science would say YES. However, there is a substantial amount of studies and research that corroborate both nature and nurture claims.

According to The Guardian, studies have shown that some people tend to be genetically creative. Some also show that heightened creativity results from a person having the presence of a cluster of genes that command plasticity of a brain. This specific cluster is also involved in your brain’s capability to break and form genuine connections between cells. To simplify, humans who possess this cluster of genes tend to have a brain that is capable to modify over time. These are the persons that can learn a lot quicker, as well as capable of adopting new ideas at a faster rate.

Other research findings also indicate that creativity is tied to DNA strands that produce serotonin. In case you are not familiar, serotonin is a neurotransmitter that connects several bodily behaviors and functions. Some studies also found that creative people tend to have duplicate DNA strands that contain genes responsible for producing serotonin. For that matter, the higher the level of serotonin, there is also a higher level of connectivity in the specific area in the brain that controls thought and awareness.

These studies may be very intriguing for some, especially when you consider serotonin, which is known for its part in regulating a person’s sleep pattern, sexual arousal, and body temperature. To add, serotonin has also been found to play a major role in psychiatric disorders, including depression and bipolar depression. This information may not surprise you at all. Think about Ludwig van Beethoven, Ernest Hemingway, and Winston Churchill. They all are creative geniuses and great artists but they also have displayed bipolar symptoms, or some thought that they all have a psychiatric disorder.

Even more intriguing is that fact that relatives of neuropsychiatric patients also tend to be more creative than others. While these people do not share the same illness, they share some genetic commonality. This would also mean that the underlying gene mechanisms are responsible, rather than the illness itself, as the source of a person’s creative ability and thinking.

Nurture Can Be Equally Powerful as Nature

Despite the findings presented above, still, a lot of studies and research will never confirm with certainty that genetics is responsible for a person’s creativity. Probably, some people tend to more creative. But as the saying goes, practice makes perfect.

A study found that people, in fact, can improve their creativity by working on these four areas. Capturing unique ideas, which may be in the form of you writing down or recording ideas as you think it. It may also be seeking out more challenging tasks and you should never shy away from those that are impossible to solve. You may also consider broadening your knowledge by reading or taking classes, especially on topics that are completely outside your area of expertise. Lastly, you may need to surround yourself with interesting company. With this, you may want to hang out more often with intelligent, as well as creative thinking people.

Another study has revealed that humans also increase their creativity by taking care of their health, specifically by getting the appropriate number of sleep hours. In addition, it may also be helpful if you collaborate with others. People have also tried letting more sunshine in their workplace or talking a walk outside. Lastly, it may be of great help if you maintain a happy lifestyle and mood.

While some people were born creative, others have honed their skills to become more creative. There are so many people in the world and probably the best way for innovation to happen is to expose people with critical thinking minds and creativity to an organization’s challenges and problems. This is a very effective way of bringing in different minds to experience different things. It may also help a person look at things differently; thus, may bring something new to the table. In addition, it will also allow unique and new ideas, as well as solutions, to be paired with an organization’s known solutions. This way, there is a potential that everyone can come up with a solution that would work.

Factors including upbringing, also play a critical role in a person’s brain development. While some studies revealed that having the right genetic makeup makes a brain more creative, some of us tend to just learn to be more creative.