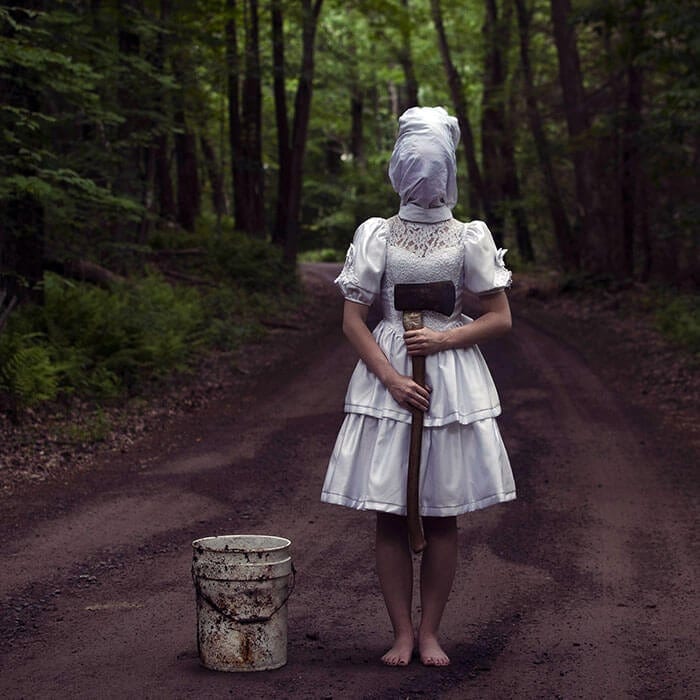 Using the isolated and abandoned of Pennsylvania‘s country areas like the background for his unsettling work, photographer Christopher McKenney has performed a series that is part surrealism, part horror. There’s a major sense of quiet forbidding to his work, the calm before the storm as it were.

Pair that with themes of the occult and death and his shrouded faceless figures become more than small elements in his photographs – they become a reminder of the world beyond our understanding.