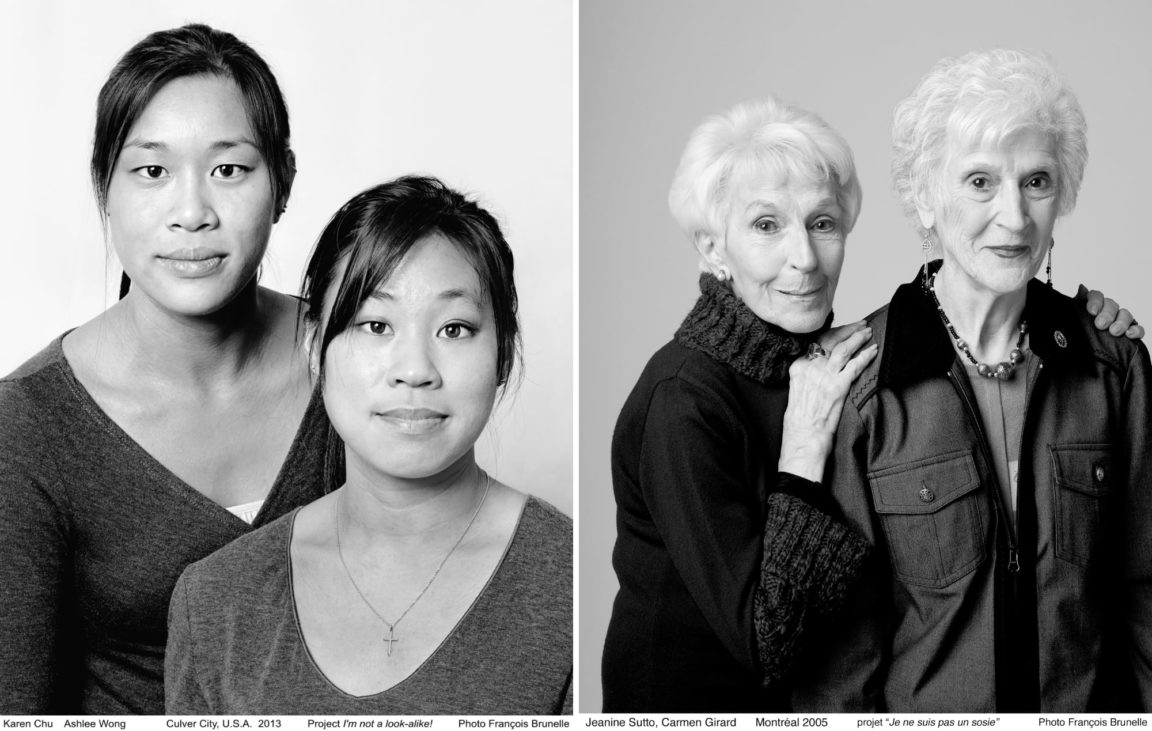 Doppelgängers are a fascinating phenomenon. They are two people who look so much alike that they could be twins but are, in fact, unrelated. Photographer François Brunelle has been obsessed with finding and photographing doppelgängers since 1999, and his series “I’m Not a Look-Alike” has taken him to 32 cities around the world. In this series, he photographs pairs of twins who look nothing alike! This is an excellent illustration of how varied and exciting the world can be.
In his fascinating and unusual collection, Brunelle pays tribute to the supernatural and macabre fascination that has enthralled people for millennia, with roots in paranormal mythology and continuing to be a source of horror movies and sci-fi series. Facial recognition technology is also being utilized to find “twin strangers,” resulting in the creation of comprehensive online databases that compare look-alikes by using facial identification technology.
It’s this long-term appeal that has brought Brunelle widespread attention for the decades-long endeavor, which has also inspired side projects dedicated to tracking down doubles solely in Colombia and Spain. At its core, the concept that individuals are linked to one another, no matter their background, drives the series. “The face is the most effective communication tool we have for creating and maintaining relationships with one another as human beings. It’s no surprise that we’re drawn to it,” says Brunelle.

The illuminated portraits are devoid of color to highlight facial structures rather than variations in hair and skin, similar to the odd photographs. The subjects are not exact replicas—a “very perfect pair of look-alikes” would be uninteresting, according to Brunelle—and it’s easy to see how they relate and differ when they stand so close together. He adds:

Of course, the counterfeits are not identical. They look similar, but that’s all there is to it. But then, that’s what I find fascinating. Someone out there in the world is looking at himself in the mirror and seeing something similar to what I see in my own reflection. So, with all of this in mind, who am I? Is it the person staring back at me in the mirror or something else that cannot be defined and is hidden from even my own eyes?

Brunelle is also working on a book and accompanying exhibition for the project, and you can keep up with his site and Instagram to see more of the I’m Not a Look-Alike series.