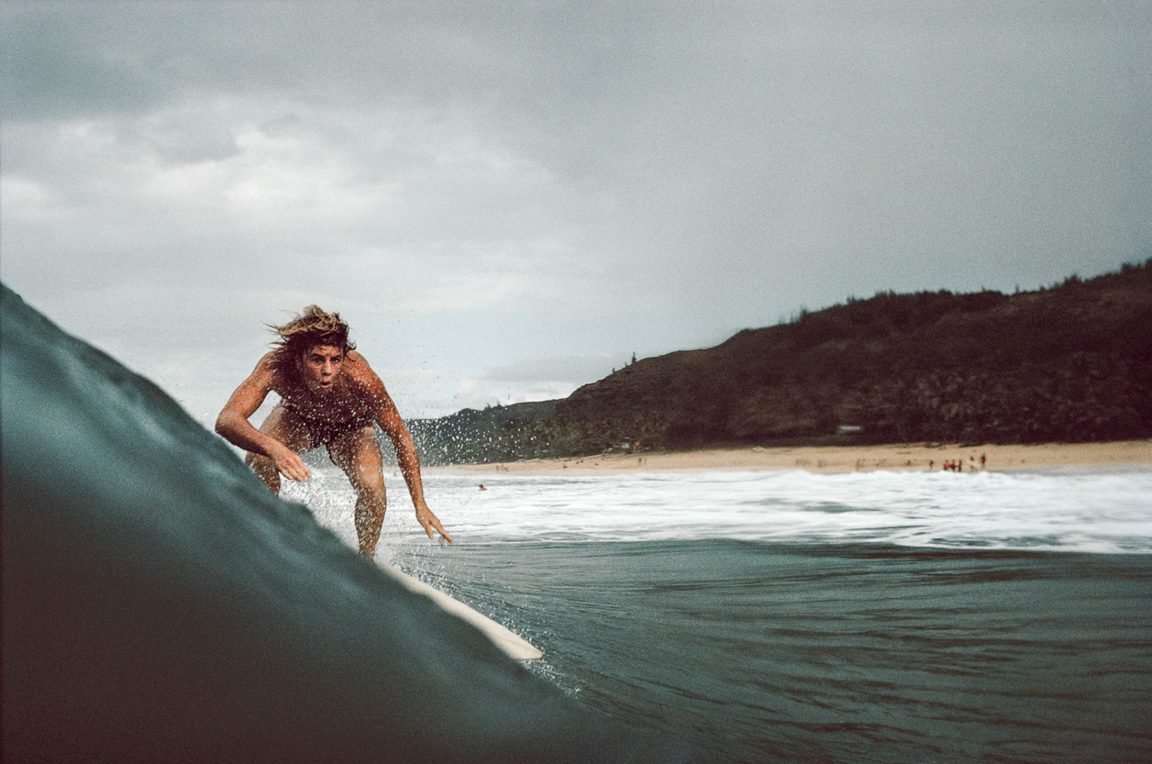 1970′ was the time of revolution for surf culture. Anyone who had a pleasure to be there during these times will be brought back in time after reviewing Jeff Divine‘s photography. All of Jeff Divine’s work was brought together in a book: Jeff Divine: 70’s Surf Photographs. The artist at that time was shooting for a magazine called Surfer. All of his photographs displayed an era in surfing when the hippie lifestyle wasn’t yet prevailing. Surfers’ community had their language, style, and were all deeply connected to nature, all of which was still shunned by the rest of society.
The main demographic areas, in which the photographs shot included the coastlines at Baja, La Jolla, Malibu, San Clemente, Dana Point, Laguna Beach, and Oahu. All of the shots give the athletic feats of its participants and a lifelike picture of this culture. Back then, surfboards were handmade and created for a particular kind of speed or wave, for paddling and featured multicolored designs.
Jeff Divine’s book consists of a prologue by Pulitzer Price – winning author William Finnegan, in which he mentioned that surfing had flourished in popularity in the sixties, then fell as a mainstream sport and afterward in the late sixties it blew itself up again. There was significant progress in board creation, which resulted in increased speed and ease in making turns.
Jeff Divine’s photographic career began in 1966, with the age of 16. His work was laid out in global museums and galleries. In 2019 he ended up on Huntington Beach Surfing Walk of Fame for his input so surfing world.
His book Jeff Divine: 70’s Surf Photographs, is edited by a number of people and shall be accessible in March.