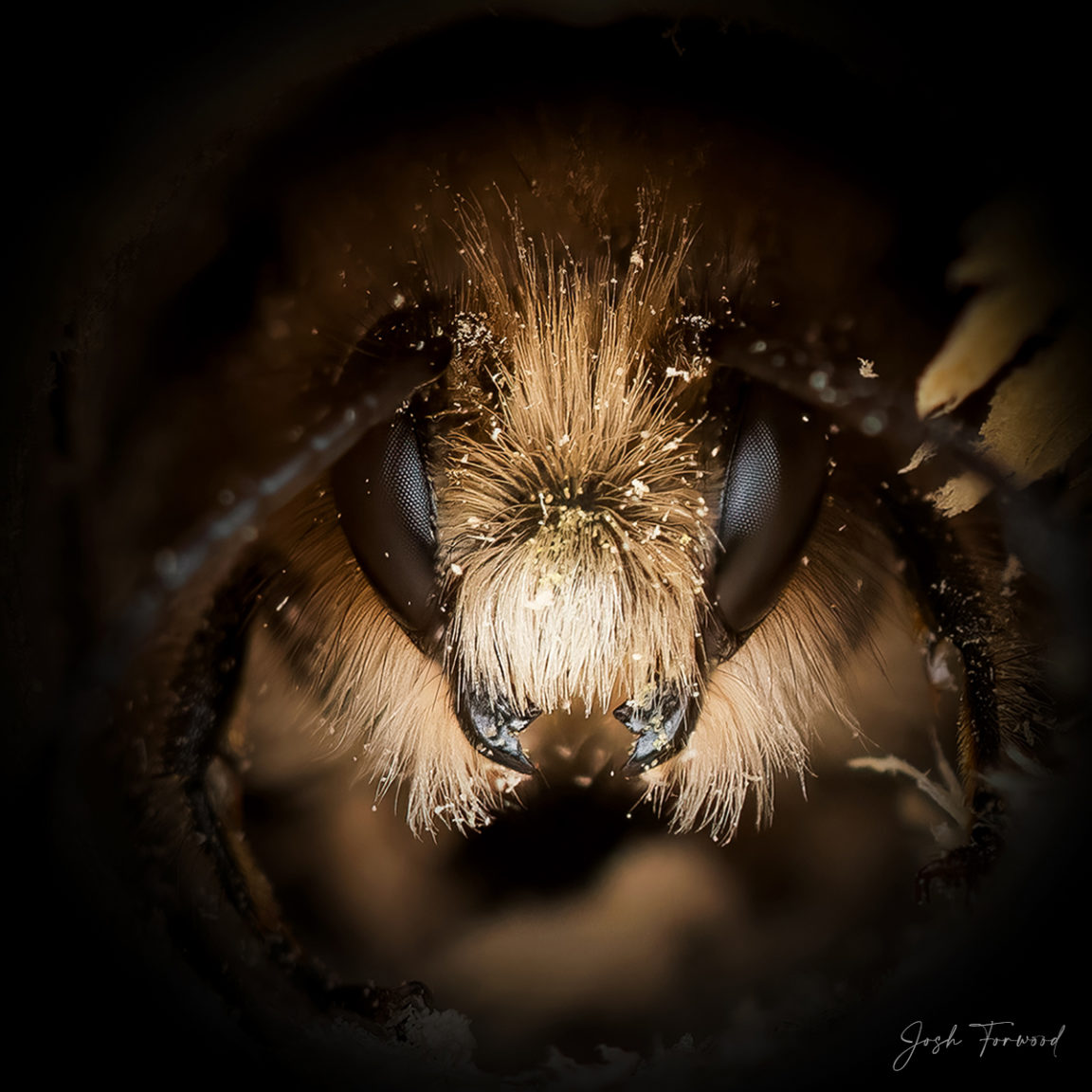 An intimate portrait of a wild solitary bee, by Josh Forwood

Widllife photographer, Josh Forwood, has captured bees in a series of stunning portraits that reveal just how unique each individual is. The U.K., alone, boasts 250 solitary species- far more than the honey bees we’re accustomed to seeing buzzing around our gardens and outhouses. In this post, we will discuss some of the ways bees are important for our environment and what you can do to help bees thrive!

The world of bees is full of mystery. You may know that a bee hive is typically filled with honeybees, but did you know that 90% of all the bee species are solitary creatures? This means they do not live in a colony and prefer to work on their own. They also out-pollinate honeybees because they travel more and collect from a broader range of flowers.

There are many different types of bees, but the most common ones we see around us and in our gardens every day are honeybees. They’re important pollinators for crops and wild plants alike-almost all of the food we eat would be tasteless without them! This is partly because they were previously brought to places where they weren’t indigenous as a form of agricultural help; this has led to some native species not being able to compete against them for resources, like nectar or pollen. Unfortunately, some bees have been losing the battle against other bee species due to an artificial increase in numbers – explains Forwood.

After a month in the hotel, Forwood had figured out that each guest was unique. He then attached cameras to these long tubes and photographed the creatures as they crawled inside. The resulting portraits examine how incredibly different every insect is with wildly differing body forms, colors of eyes shapes, and hair patterns; however, all insects are posed in nearly identical positions for comparison, revealing their individual personality traits through stark contrast against one another-every bee has its moment captured while others have theirs blurred until it becomes unrecognizable. Forwood noted that it is difficult to estimate how many different species visited the structure because most of them are identified by their shapes, colors, or structures.

If you’ve been dreaming of establishing your own bee hotel, but feel a little daunted by the process, check out Forwood’s tutorial detailing his steps. You can also follow with interest on social media Instagram and Twitter to see how he operates as one of nature’s keenest photographers.