British architectural photographer Finbarr Fallon‘s ‘Floral Phantasmagoria’ invites viewers into a world unseen, presenting a surreal dreamscape in scarlet. Photographic tropes and iconic images of Singapore are recast as ghostly structures climbing amidst and over shifting masses of crimson, punctuated by colorful tints of pink.

Fallon’s series employs infrared infrared photography as a moderate to resensitize the urban dweller to how deeply embedded greenery is from the natural experience of Singapore — forcing the viewer to find that the ubiquity of greenery maybe not only as a matter of fact but among fantasy. Invisible wavelengths beyond the visible spectrum emitted by the flora have been recorded through multiple infrared exposures and are blended to produce the vivid hues. 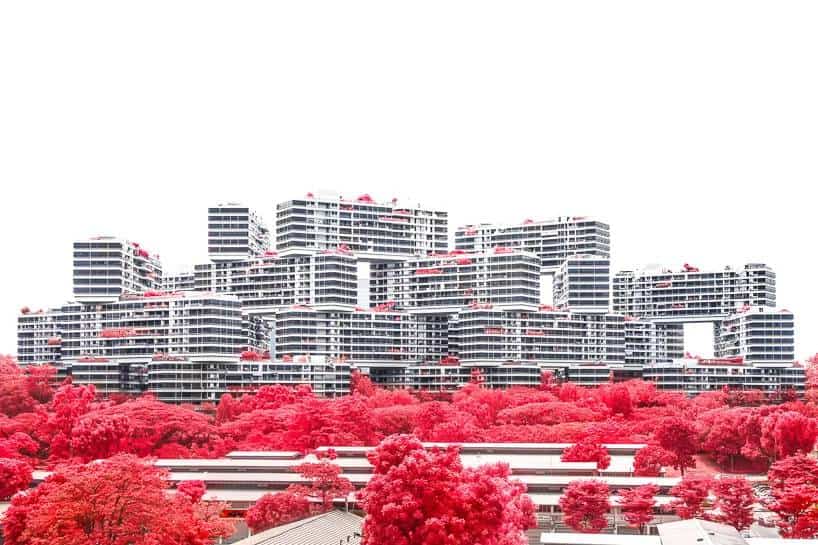 While the greenery and buildings can be made to coexist, the implications of their interdependence stay a significant question.

The question of how the seemingly different delights of urban/rural can be reconciled in one spacetime — how a bucolic green atmosphere could be imbued with the hum of a busy city — seems an intractable one. It is not surprising that Singapore, the natural resourceless wunderkind of southeast Asia, has resolved the problem with fantastic efficiency. 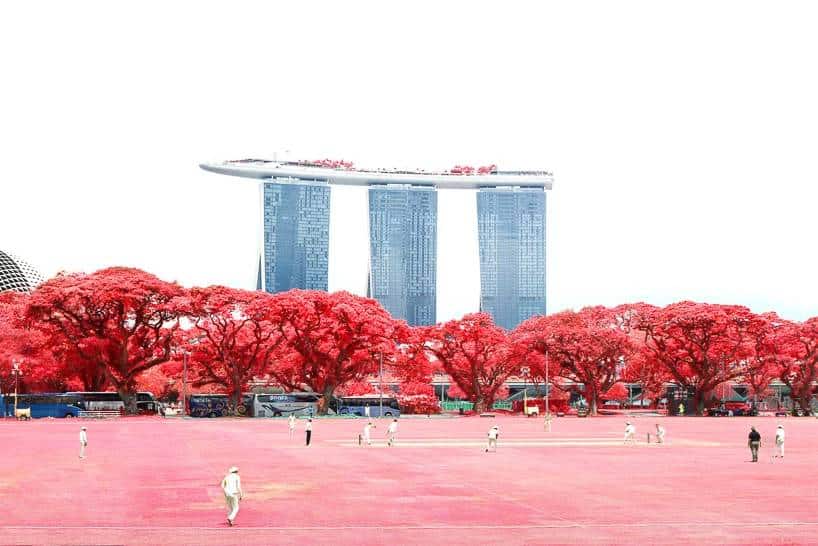 Besides safeguarding parkland, the state maximizes even liminal spaces like road dividers throughout planting, and capitalizes on development (paradoxically) as an opportunity for greenery, by mandating landscape replacement as a prerequisite for planning approval. This allows for a town that is dense yet liveable: a model that many other cities with pressing issues should seem to if germinating their particular variation of a liveable city. Through this series, recognizable scenes are rendered into unexpected colors to visually distill and heighten the tension between greenery and building, evoking the magic and wonder of a garden town unlike any other. 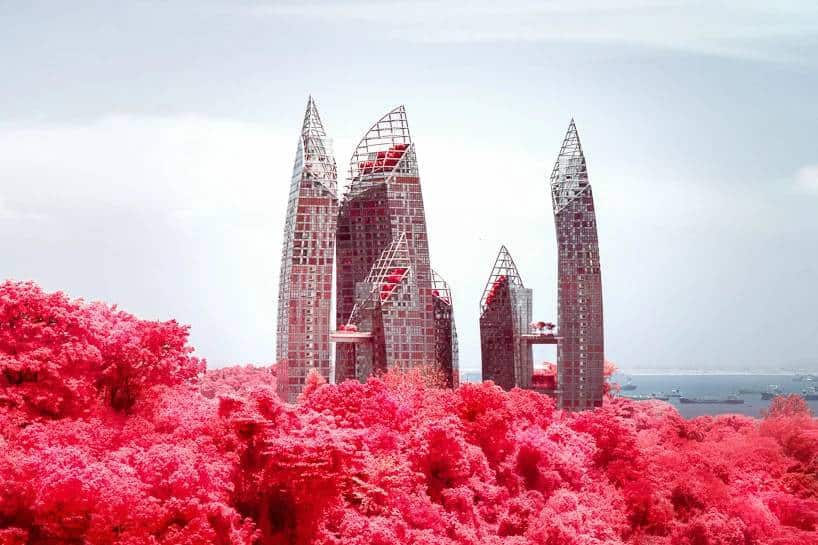 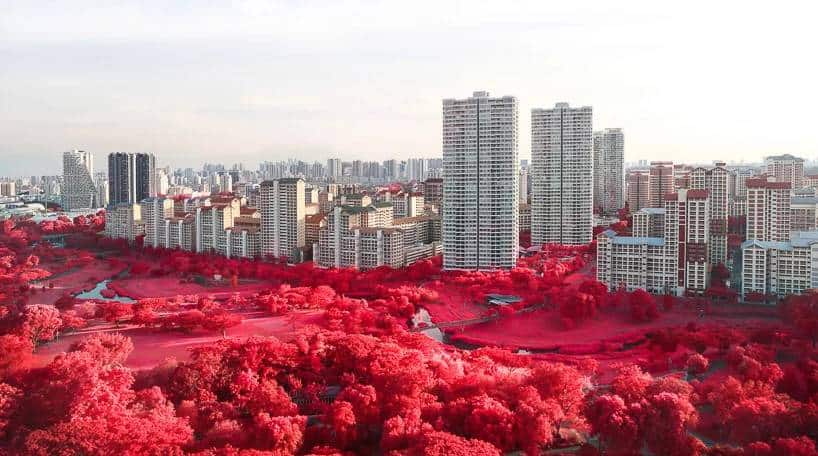 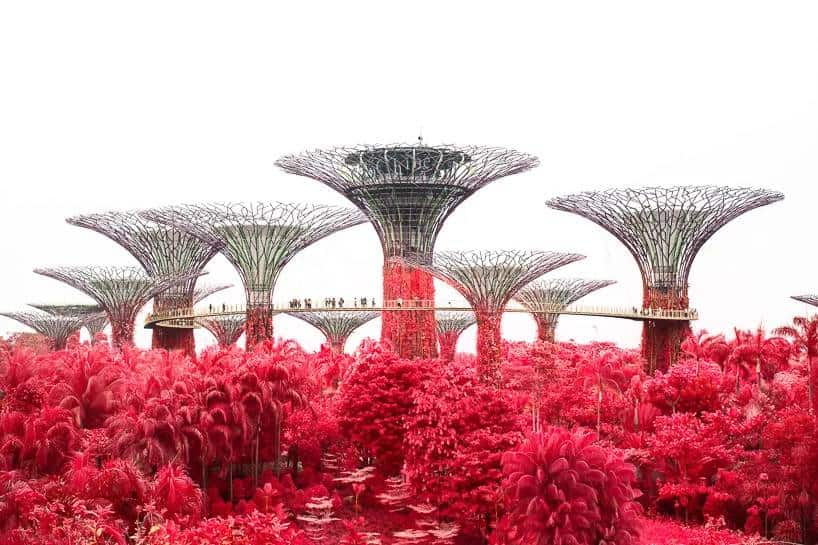 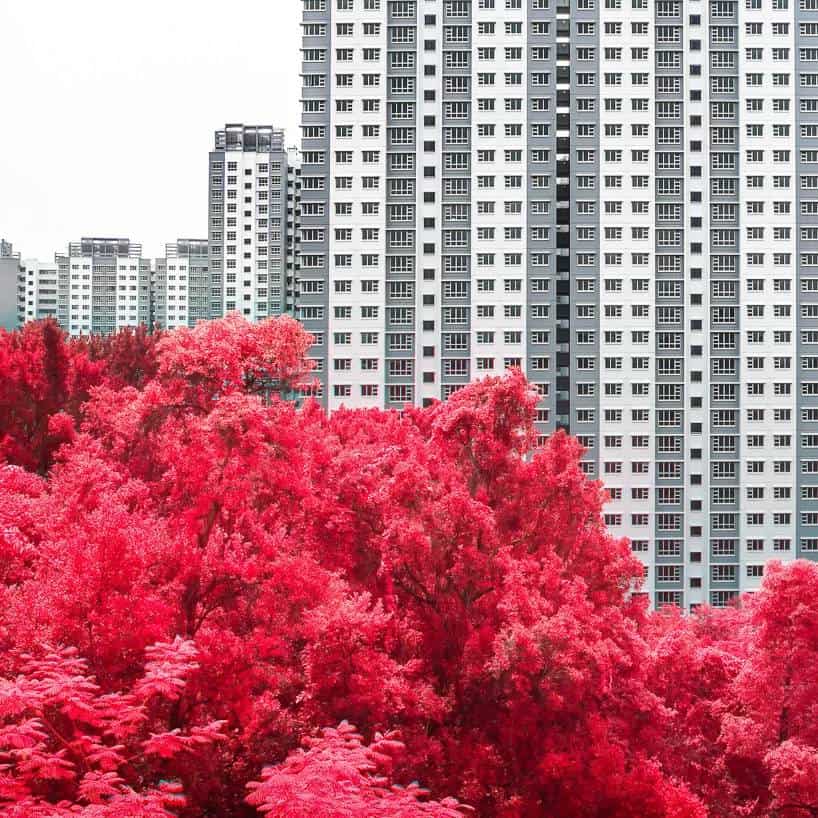 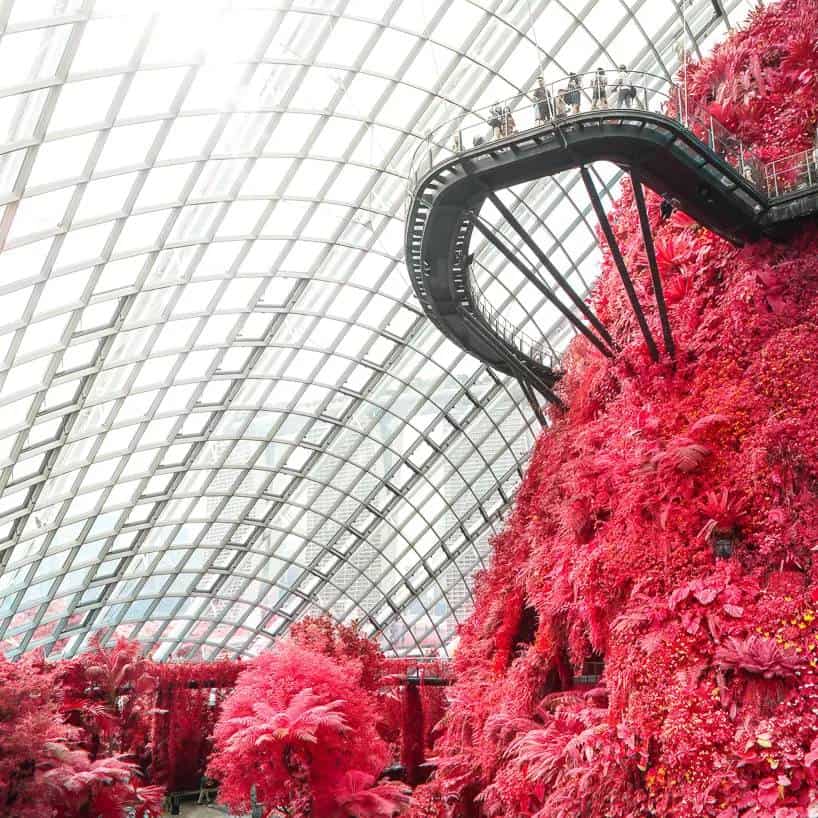 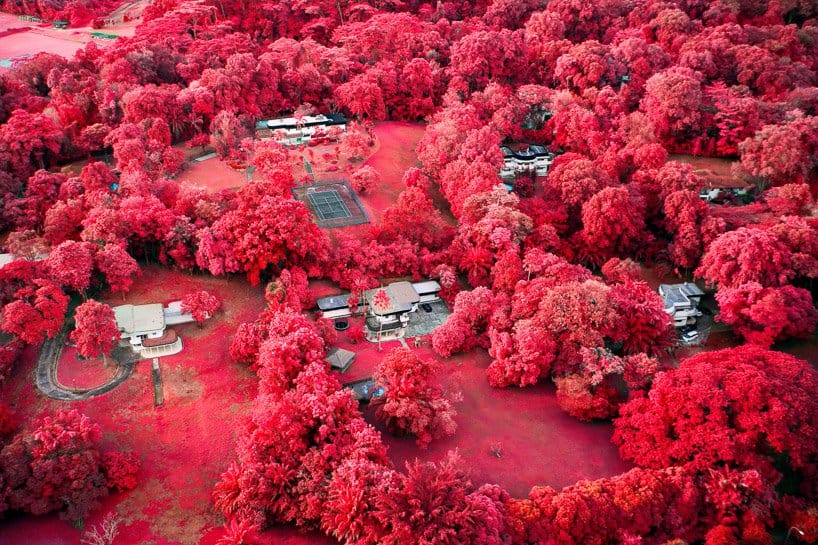 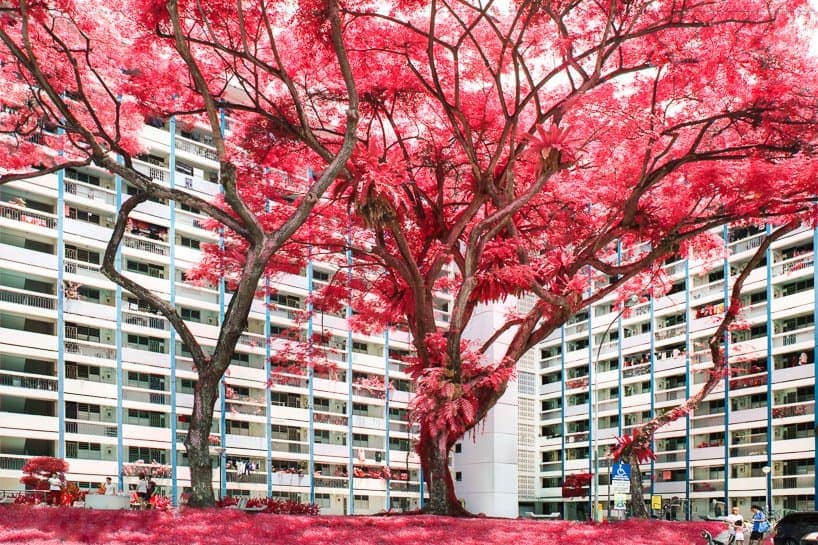