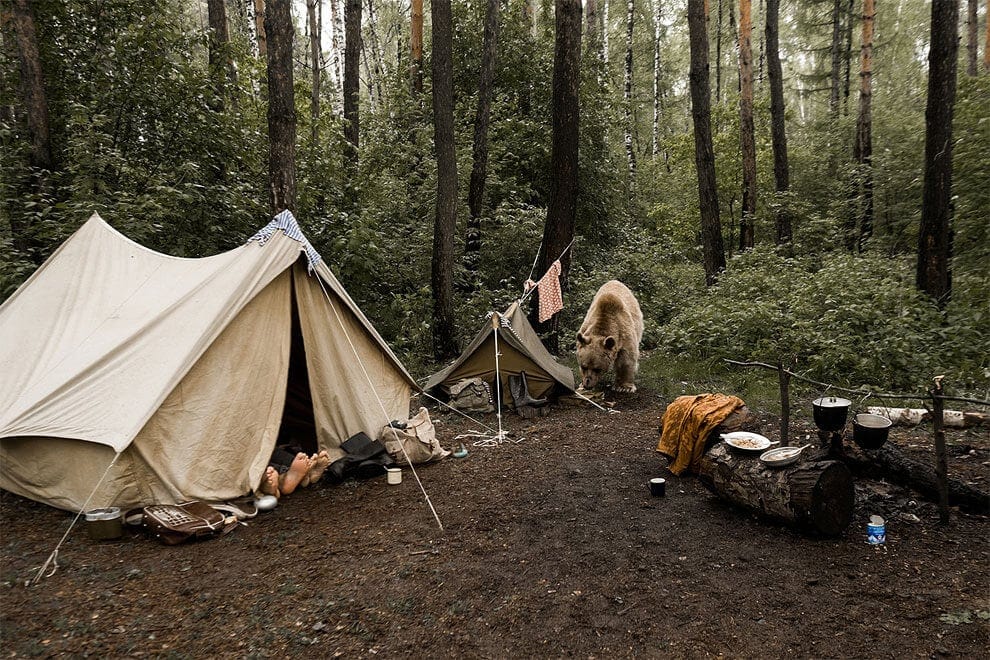 The last time we saw this 1,400-pound furry subject, he was posturing fashion models against cold fairytale-inspired surroundings. Now, Stepan the bear is back, courtesy of Russian photographer Olga Barantseva—but this time, he’s calmly playing with a family in the forest, as if they’re all part of the same pack.

The series is part of an anti-hunting campaign, showing a surprising harmony between two disparate species. The shots are spellbinding and surreal, showing the soft, sweet side of an animal we tend to see as predatory.

In fact, Stepan was raised to be human-friendly. When he was just a cub, he was rescued from hunters by professional circus trainer Yury Panteleenko, who coached him to be docile and pliant. Stepan has even acted in more than 20 Russian films. There’s something special, though, about appreciating his grizzly grandeur in still and silent images, welcoming his two-legged pals into his wild natural home. See more 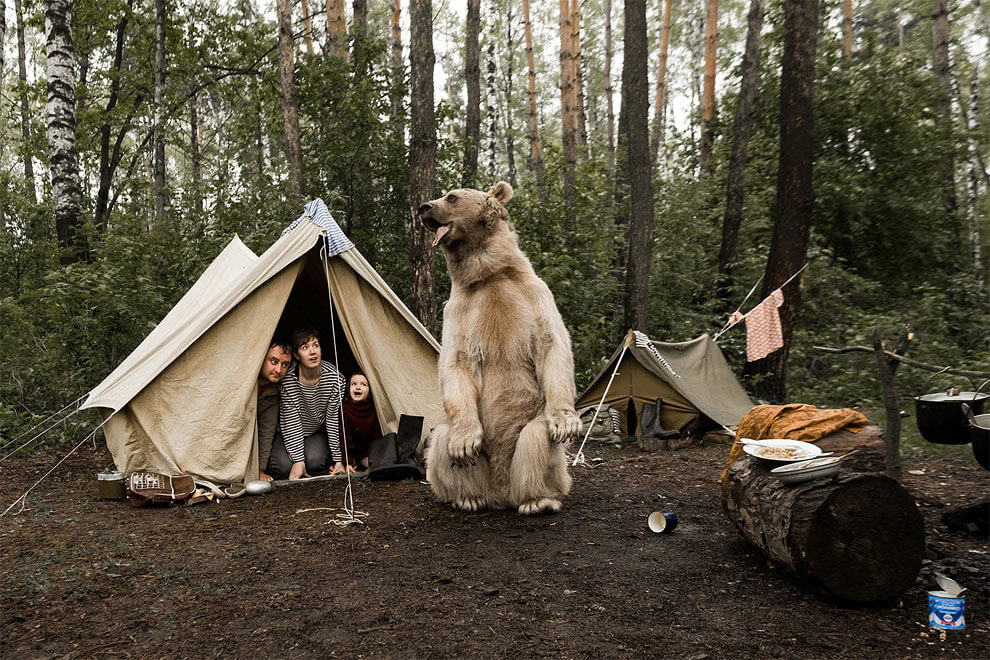 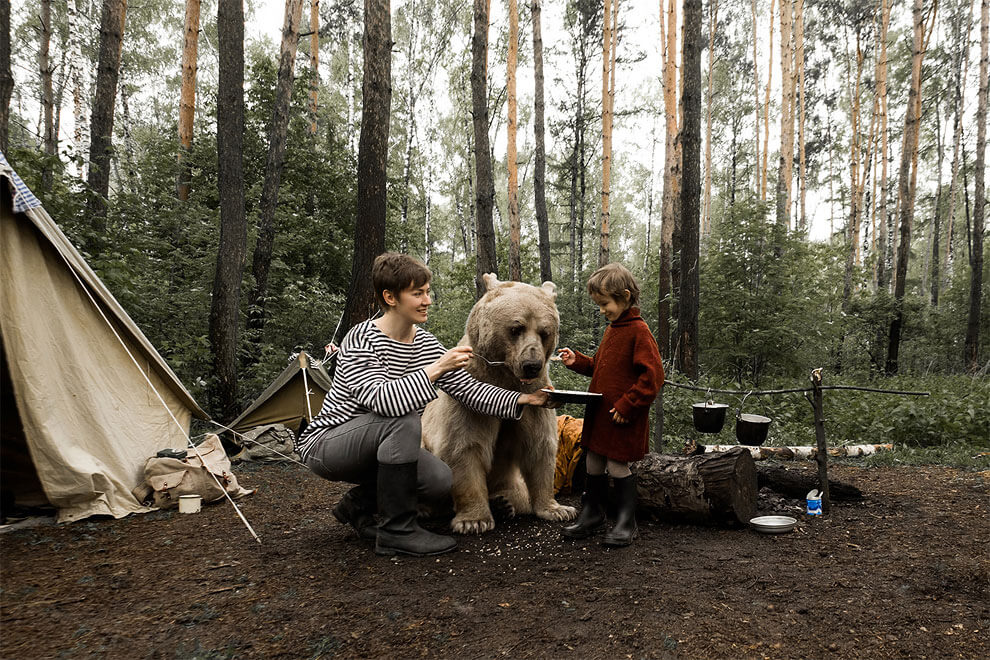 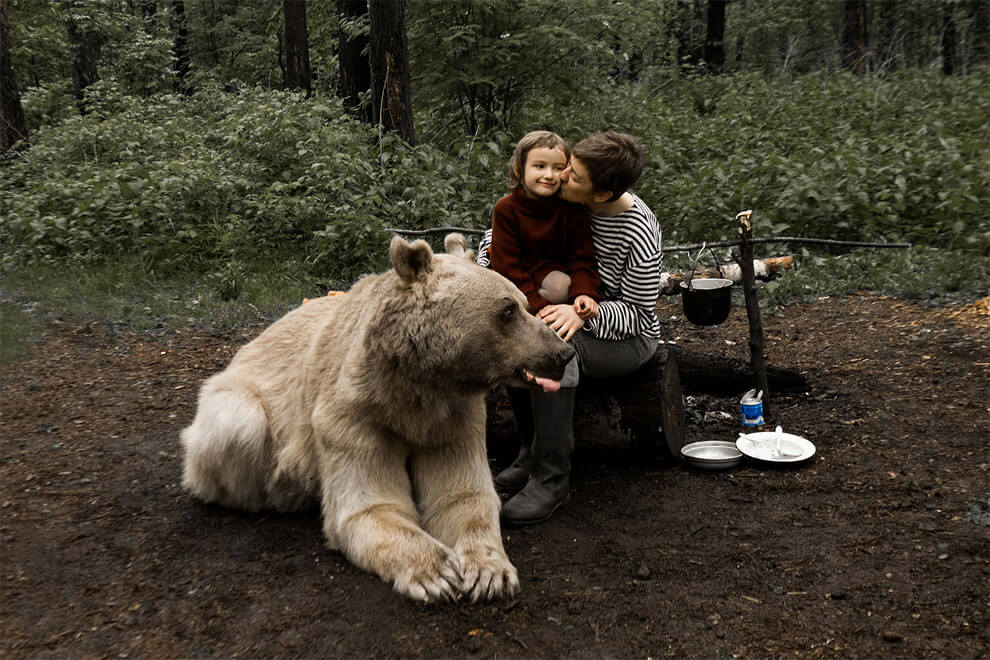 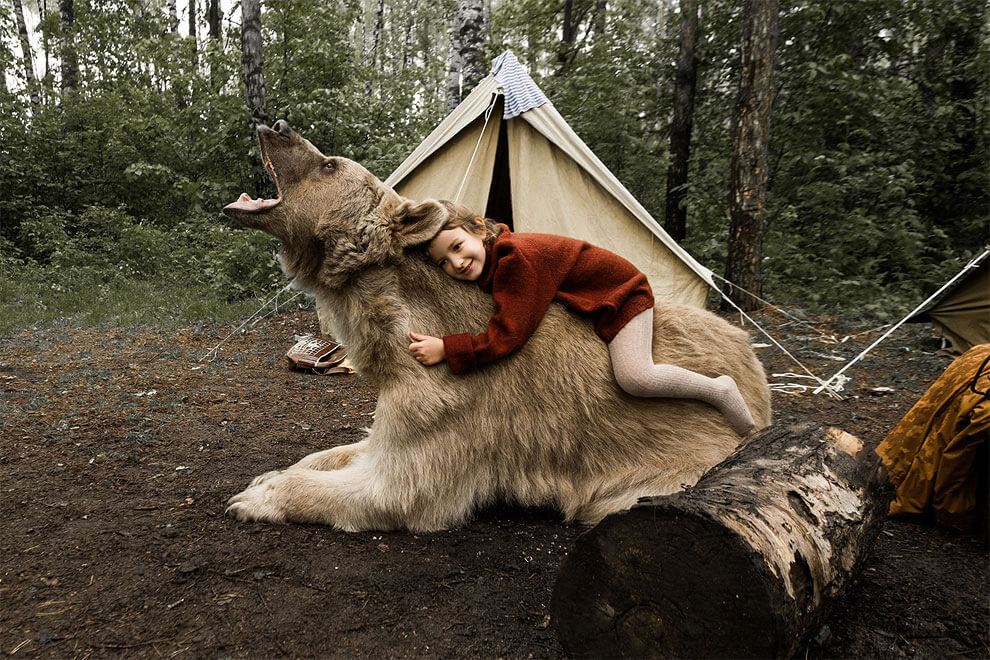 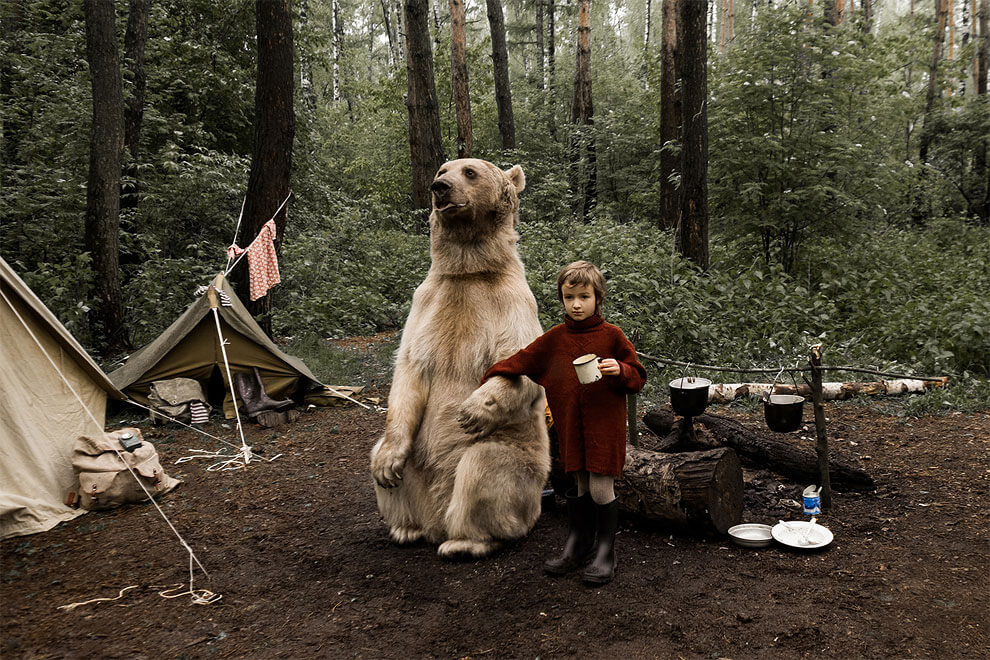 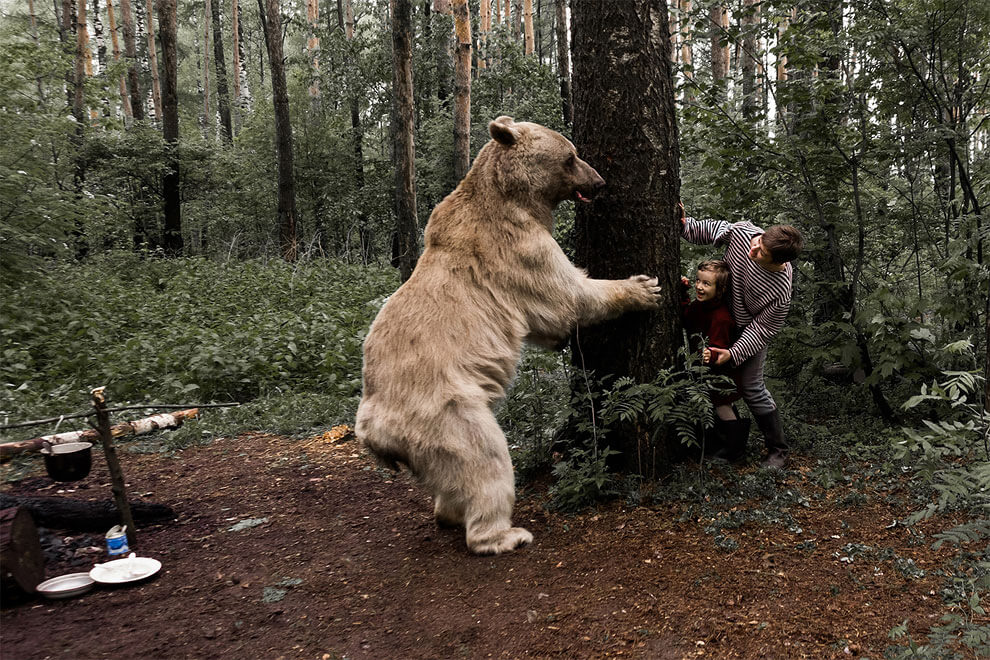