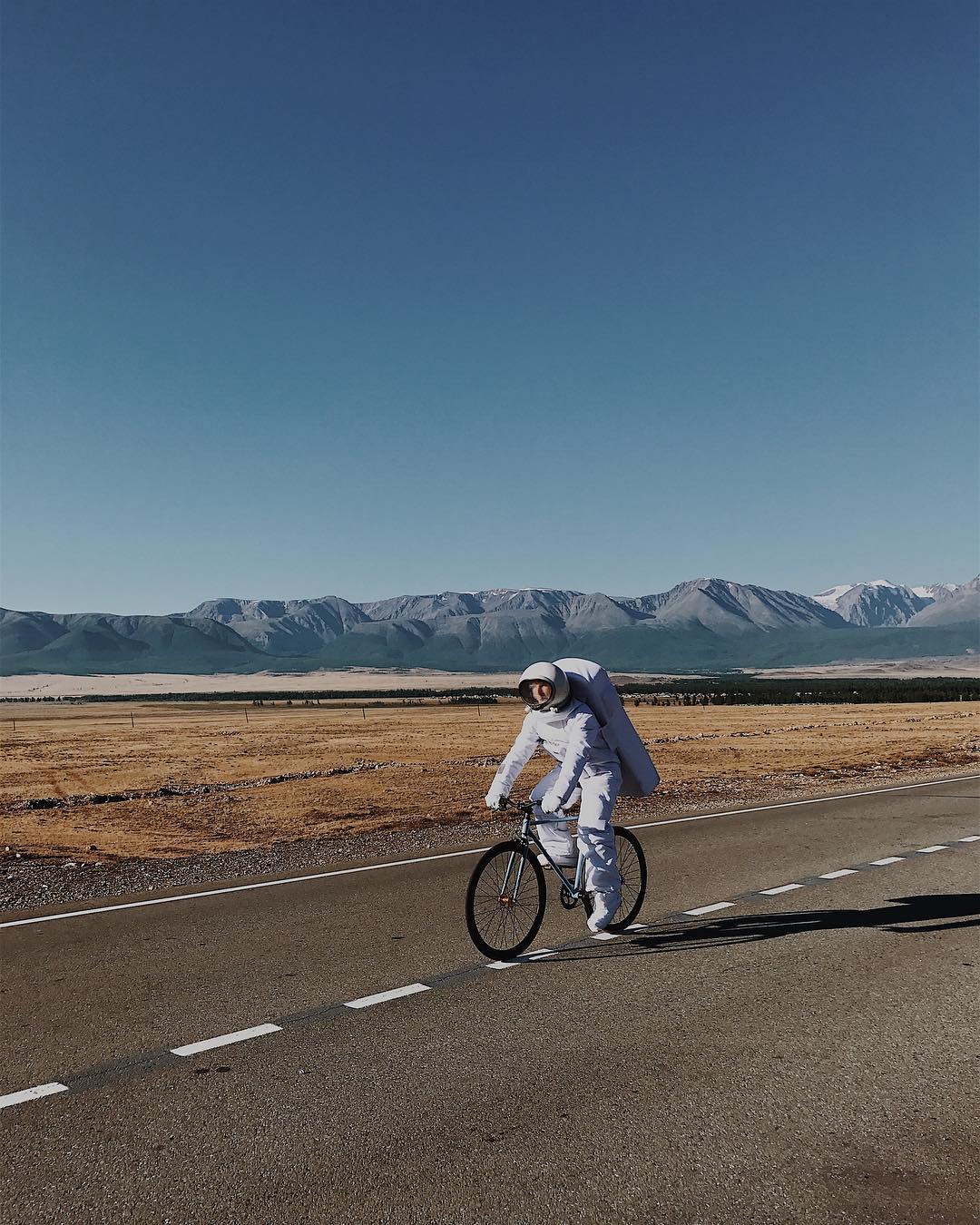 Russian photographer Alexander Ivanec has launched the #diveinsideyourspace project to raise awareness about the environment.

“After the cosmonaut appeared, the idea just sparked and that I understood you could feel as if he is in space by making these pictures on Earth. I started searching for the atmospheric phenomenon to photograph. Soon I understood that space is here. I dive into it through shooting.
I shoot with film cameras, not digital. After Apollo 11 landed on the Moon, they took the first pictures with a Hasselblad camera. So I picture using the same camera, and I feel a certain connection.
My group and I have made the very first costume ourselves. It did not turn out as good as we envisioned: The oxygen module on the cosmonaut’s back looks like a mattress. But it wasn’t a serious idea initially; we just wished to have fun.
This project urges individuals to defend the environment. The majority of people, myself included, spend 90 percent of our time in offices and forget about anything else around us. We’re moving away from nature.”