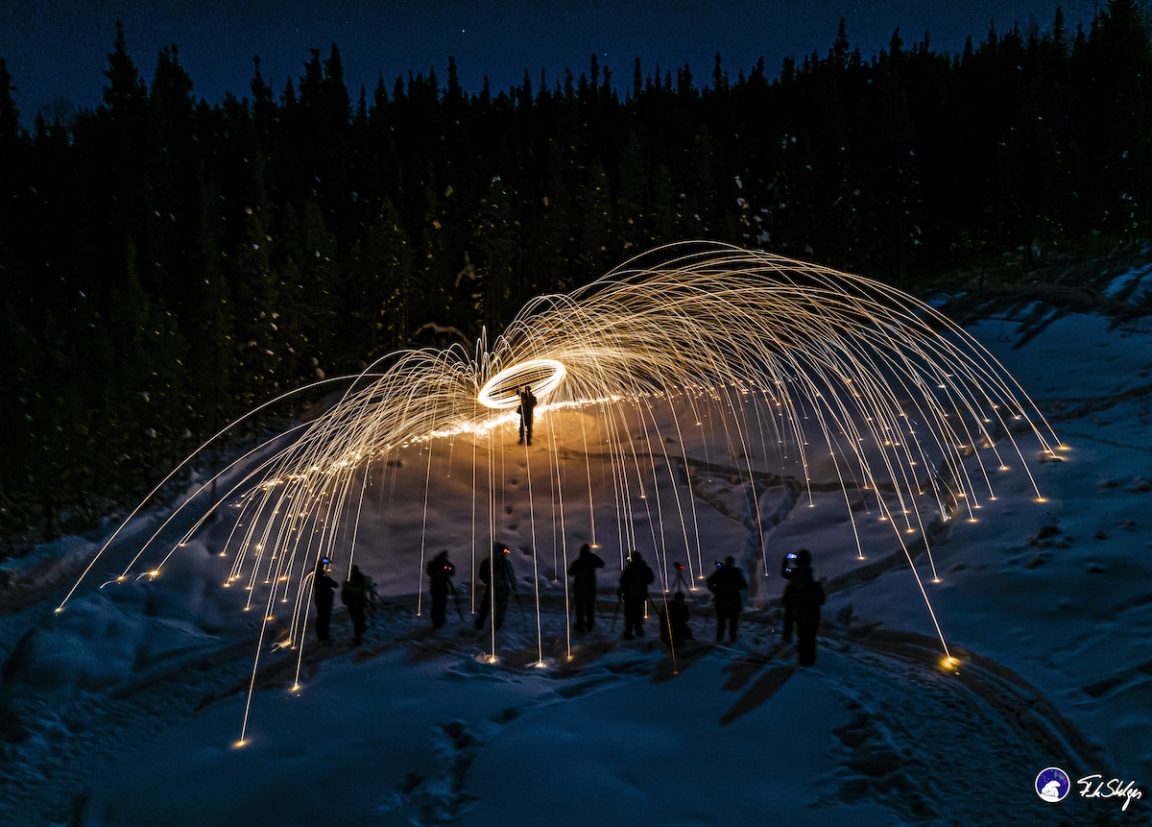 Frank Stelges is a German photographer who spent ten years traveling the world before settling down in Alaska. There, he and his wife opened a photography school where they focus on wildlife, night photography, and capturing the Aurora Borealis. If the Northern Lights aren’t very visible, Stelges always has a backup plan. This involves typically light painting, as it allows the group to experiment with the techniques they’d learned before. One particular evening, Stelges’s friend, photographer Tobias Gelston, brought steel wool and let sparks fly that made for a great series of images. From above, a person who holds steel wool looks like surrounded by a halo of fire. The quality of the photographs is surprisingly high.

“You need a long exposure to capture the flying sparks of the steel wool as nice long lines, which is normally a situation where you would use a stable tripod so that the camera doesn’t move during the time of your exposure,” says Frank Stelges. “In this case, your camera is a moving, flying subject 60 feet up in the air. It’s really dark, so you don’t see the drone and have no idea what it is doing up there.”

Scroll down to see these incredible steel wool sparks captured by drone.