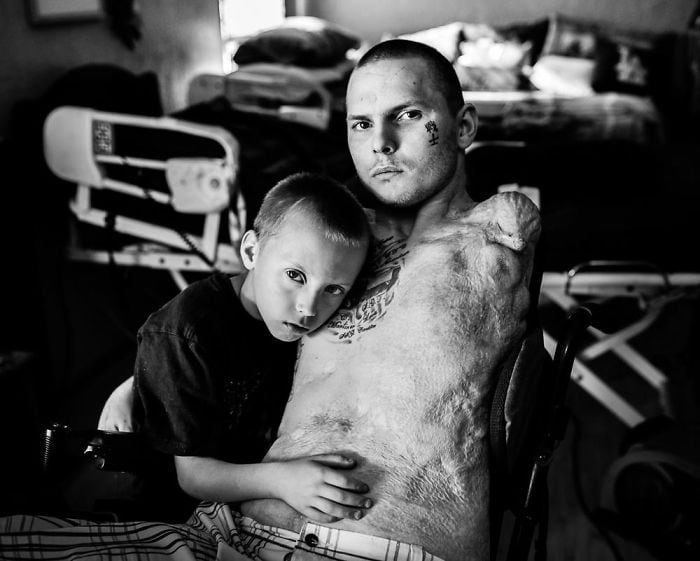 Jerral Hancock Jerral Hancock was pushing a tank in Iraq. A roadside bomb pierced the armor, breaching the inside. Jarral resides in Lancaster with his 2, beautiful kids.

Wars never really finish, since although they could finish on the battlefield, so many veterans bring the war home and must live together for the remainder of their lives.

This depressing and sobering reality is accentuated by Photographers such as David Jay and James Nachtwey, who’ve been documenting young and badly wounded American troops after their return from wars in Iraq and Afghanistan.

“The events I have recorded shouldn’t be forgotten and should not be duplicated,”

writes Nachtwey, while Jay’s job, gathered into a string called Anonymous Soldier, was a finalist at the Portrait group to your Magnum Photography Awards 2016.

Speaking of his photos, Jay wrote they present “a chance to start a conversation about issues that we aren’t always familiar with…and problems that we’re accountable for. The pictures could be uncomfortable to the viewer. The truth isn’t always pretty. That is the reality. Let us tackle it.”