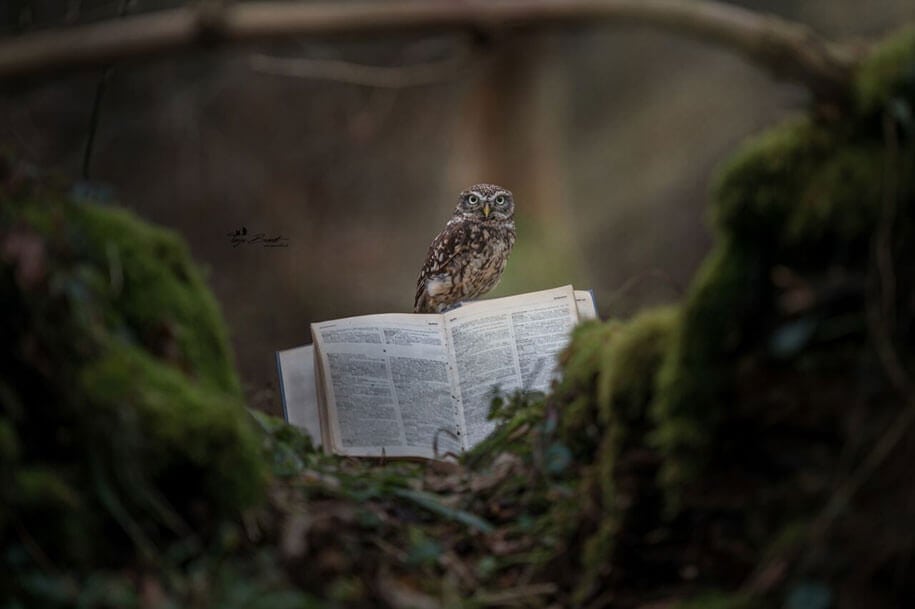 A cute tiny owl needed to hide from the rain. It took shelter under a mushroom; a photographer took some photos, and the rest was internet history.

“Poldi, our small owl is 1,5 years old. I got him when he was five months old. He didn’t want to come out his egg, and he was tiny, the smallest. His six sisters were all hatched, and as he was the last to be born, days after the others, he was tiny. I also have a Harris Hawk named Phönix, a Weissgesichtseule named Gandalf, and a snow owl named Uschi.”

Tanja Brandt had been surrounded with dogs ever since she was little. One day she thought that since she likes dog photos and dogs, why couldn’t she take pictures herself? The first results were “sobering”, as she describes it, but her husband supported her and signed her up for photography workshops. 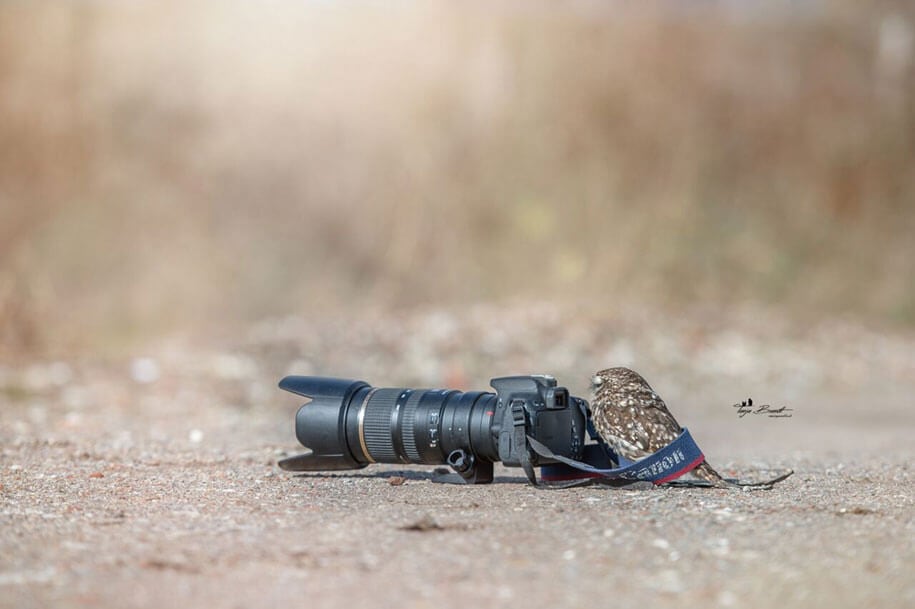 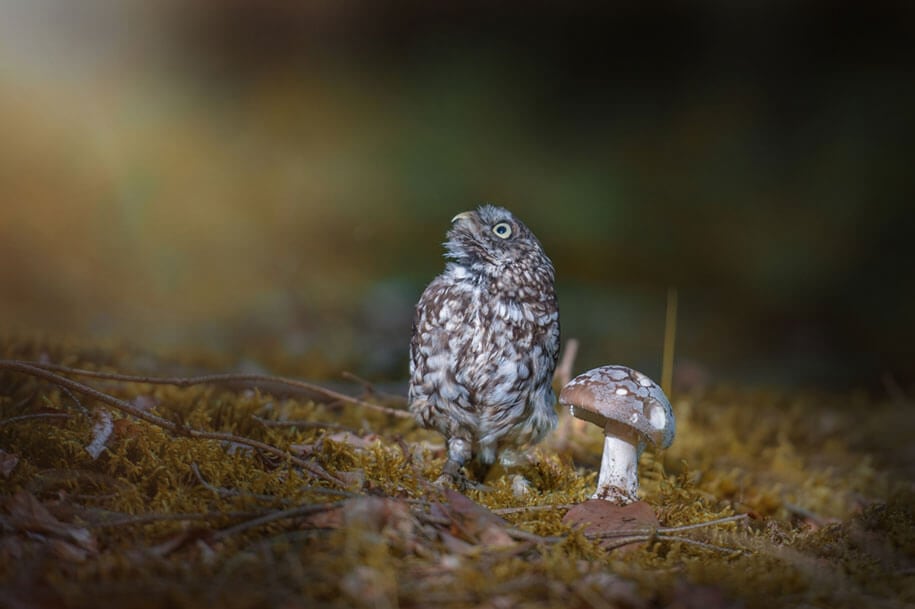 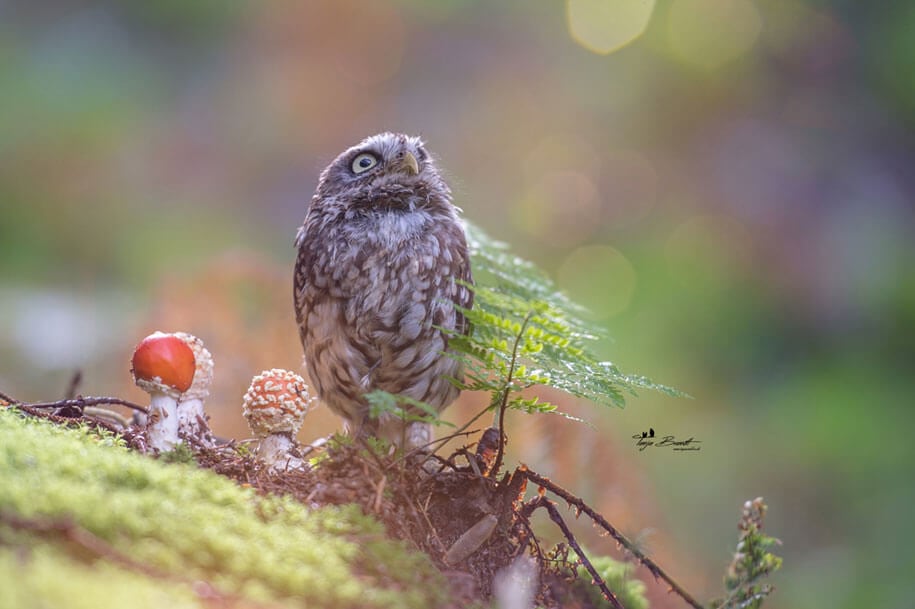 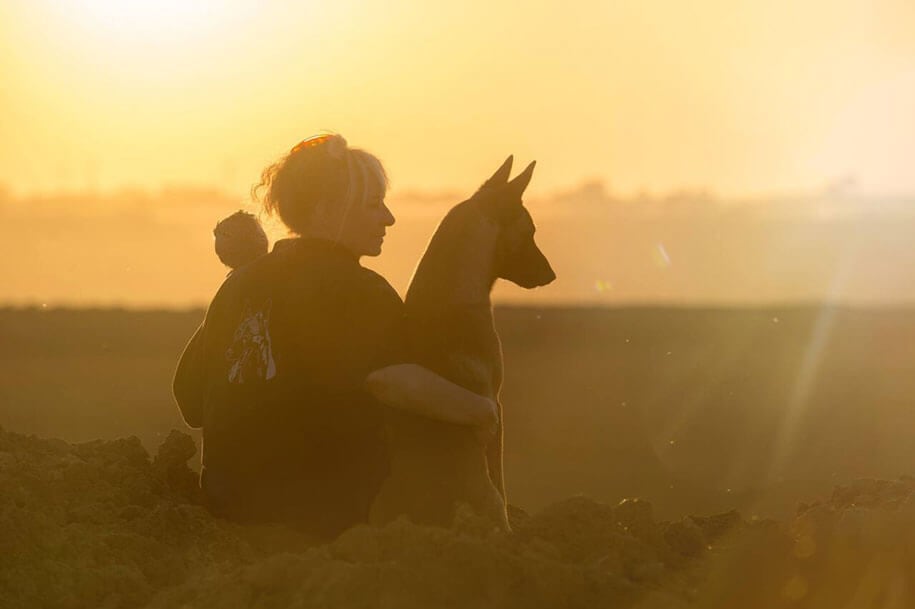 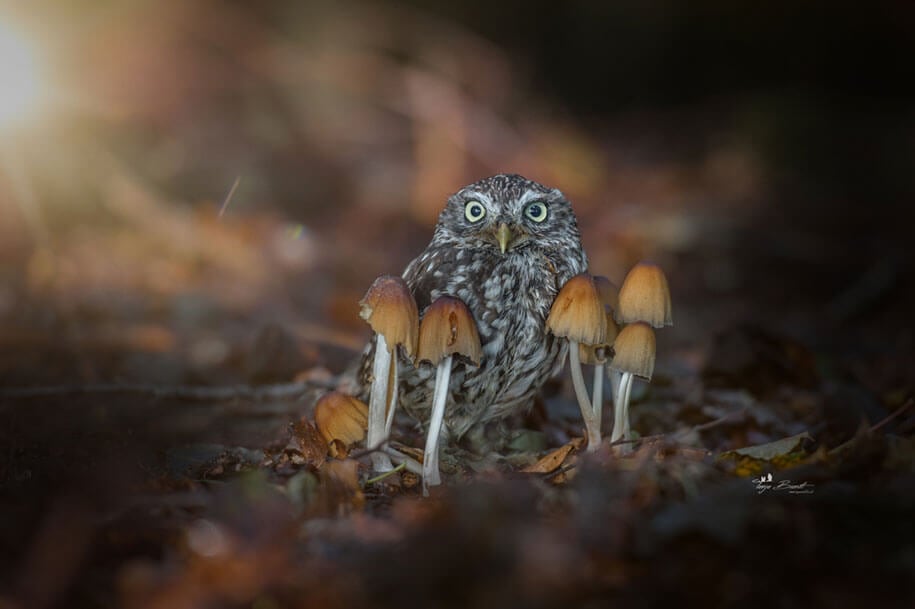 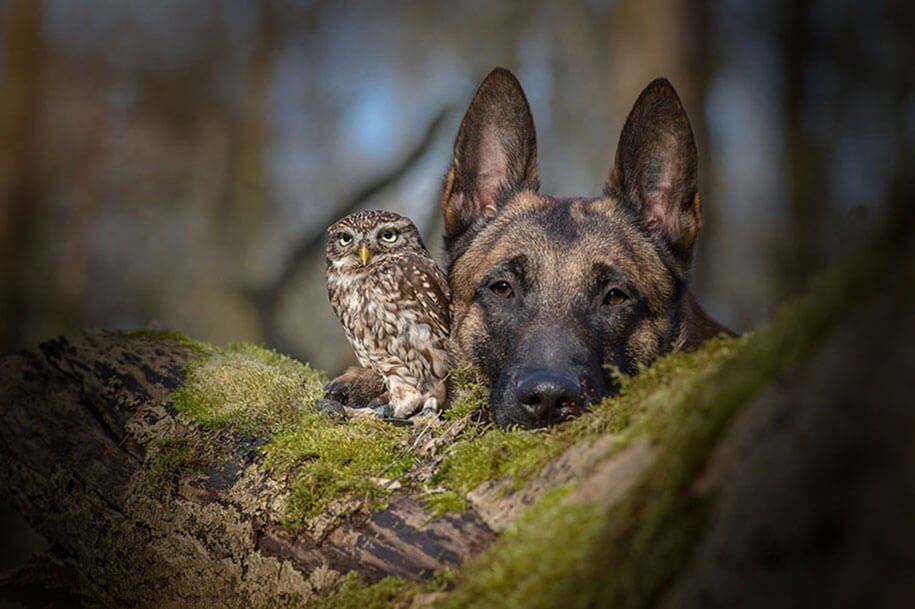 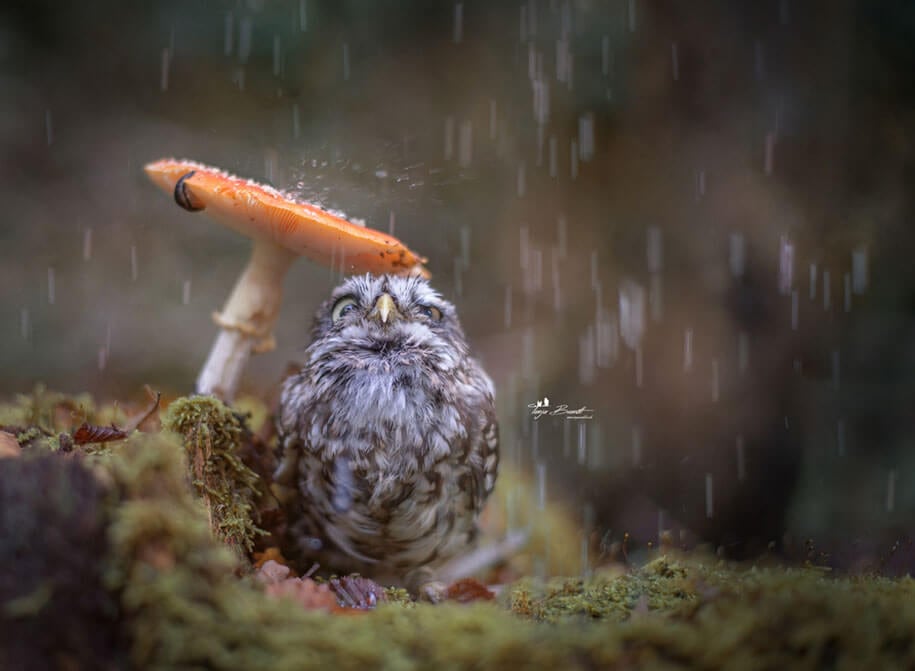