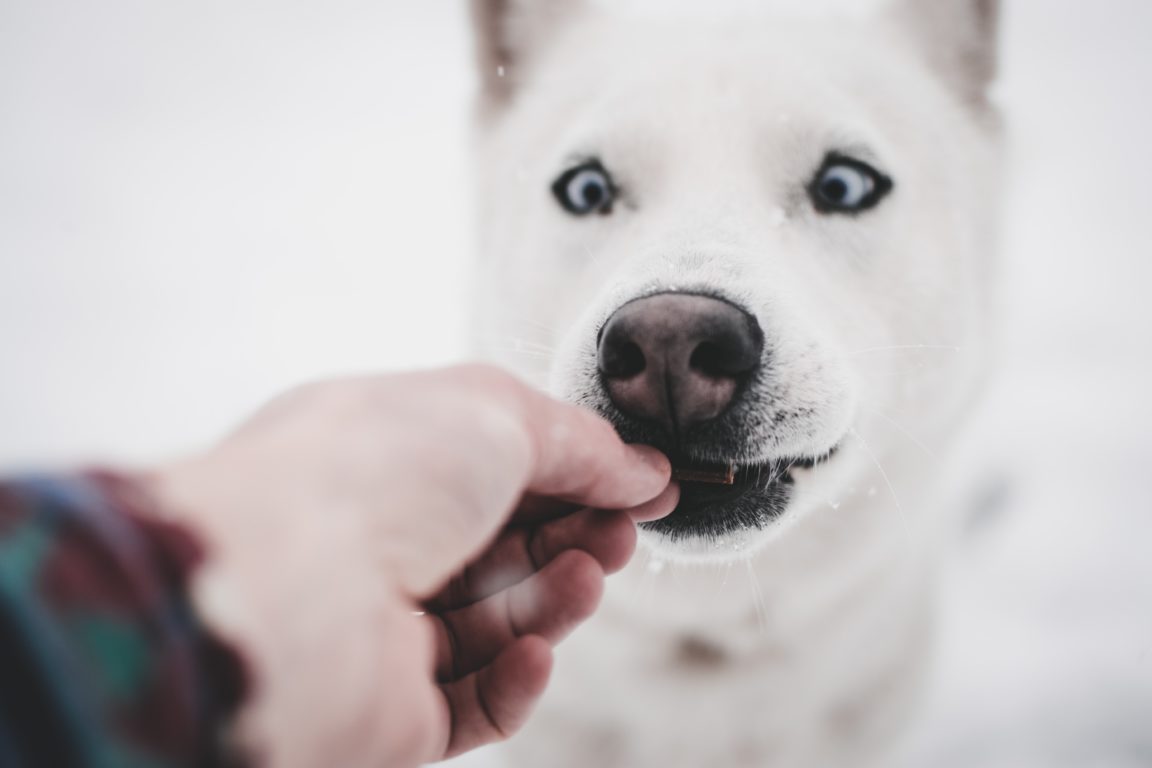 Pets like us can develop anxiety. To deal with a dog’s anxiety means understanding what contributes to the animal’s anxiety.

There is a range of treatments available. This stretches from prescription medication to spending a little more time with your pet. The range also encompasses popular, over-the-counter calming treats.

Anxiety in a Dog

Dogs have natural fear responses and anxiety is when these go haywire. The reactions of fight, flight, and freeze are healthy as well as necessary survival tools that are activated when a dog is confronted with a real threat. Anxiety, on the other hand, occurs when the fear reactions take place before something happens and which can’t cause actual harm.

These triggers include weather like thunder, outside effects like fireworks and other sudden loud noises, as well as new environments, and even some visual stimuli like umbrellas and hats. Dogs will often react to anything that crops up in places where they are not expected.

Pets can become anxious for several reasons from socialization problems through to age-related conditions including dementia. Other sources of anxiety include aging and separation.

Separation anxiety can be triggered by changes in routines, family members coming or going from a household, or simply by being left all alone.

Your dog’s behavior offers clues. The key indicators that a dog may be suffering anxiety include:

Calming treats tend to use herbs and vitamins as active ingredients. They are a non-medicinal remedy that you can offer a dog to help soothe anxiety symptoms.

Also known as calming bites or chews, this sort of treat falls into the category of nutraceuticals. They are similar to human nutritional supplements.

It a good idea to apply common-sense when you choose this type of treats. It’s also advised to read the small print because there isn’t a lot of regulation about this type of products so a lot of unfounded claims can be made by manufacturers.

For example, one sort of calming treat may contain chamomile and this is not something dogs would eat in the wild. The same applies to other herbal ingredients that may be used in calming treats. These may be lavender and ginger, which although they have long been found to be relaxing for humans, have yet to be extensively tested before animal use.

Other active ingredients that are commonly found in the makeup of calming treats, like melatonin or tryptophan have better documented calming effects. Ingredients like amino acid L-Theanine, aka Suntheanine, is believed to work by boosting a dog’s levels of serotonin and dopamine. Probiotics are thought to promote digestive health as well as supporting positive mental states and helping dogs that tend to have diarrhea when they become stressed.

To get calming treats for dogs go here.