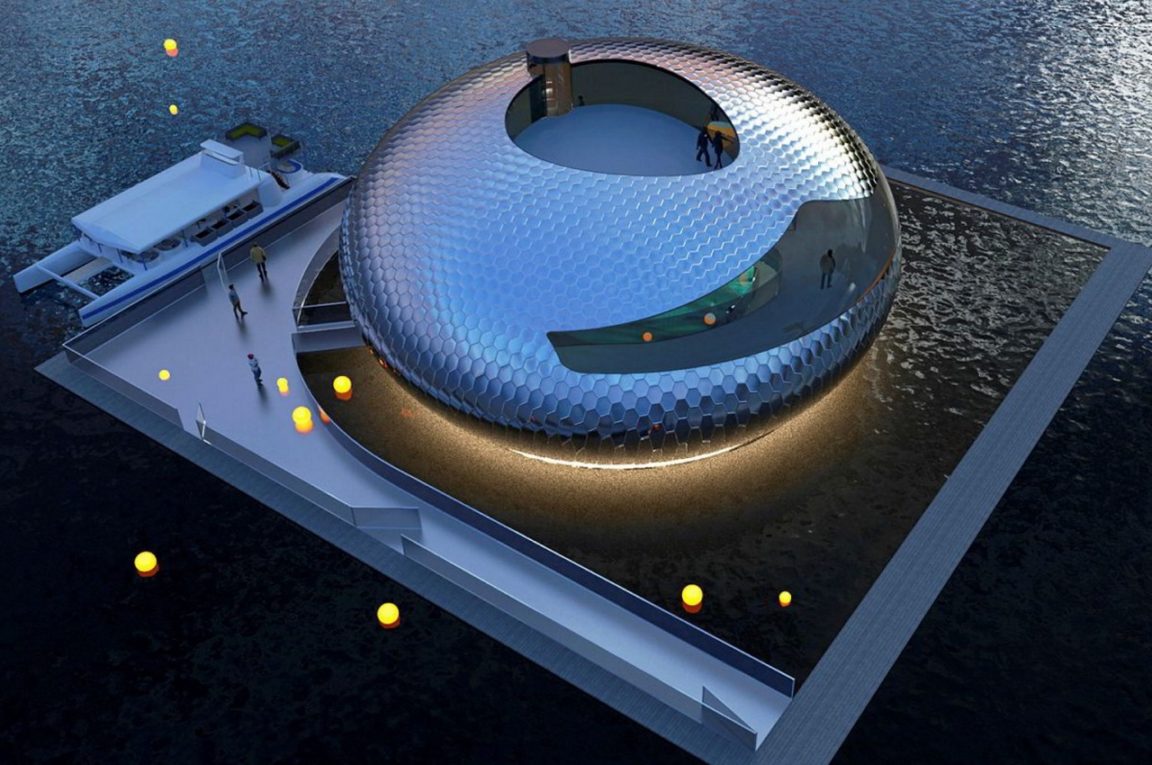 It’s hard to ignore a giant fish eye floating on the water, staring accusingly at the heavens. That’s the idea behind Salmon Eye, a unique floating exhibit that highlights the plight of marine life.
Kvorning Design designed the Salmon Eye to look like a fish’s eye, exceptionally a salmon’s, and it will only be visible from a bird’s eye view. Ironically, the only way to reach this unique exhibit is by boat!

Some scientists will argue that we have barely conquered the depths of our planet’s oceans, and many of us are already daydreaming about traveling through space and establishing colonies on other planets. Perhaps the wisest course of action is polluting and despoiling the seas and oceans to “conquer” them. While relying on them for food, protecting aquaculture has been a struggle. A new exhibit wants to increase awareness and interest by constructing a floating structure that is both beautiful and chilling from above.

Nevertheless, the outside of the building will be adorned with 9,500 high-grade stainless steel plates that mimic scales. They’re also painted salmon skin to strengthen the link to its namesake. The massive stone walls provide a backdrop to the detailed elements that make this facility stand out, whether you’re viewing it from the bottom of the fjord or any other angle.

The architecture will appear particularly advanced when it reflects the light from the sun and other sources, mainly because it floats on the Hardangerfjord. Every year, this is Norway’s second-longest fjord and the world’s fifth-longest, making it a must-see tourist attraction. The fish is also significant to the local ecosystem, as it is home to one of the world’s highest concentrations of salmon farms.

The exhibit is called “Salmon Eye,” Which aims to raise worldwide awareness of the consequences of present salmon farming methods. Projections on the walls inside the museum educate visitors about food production in the sea and local problems and solutions. There are also interactive displays that resemble roe and interactive wall projections.