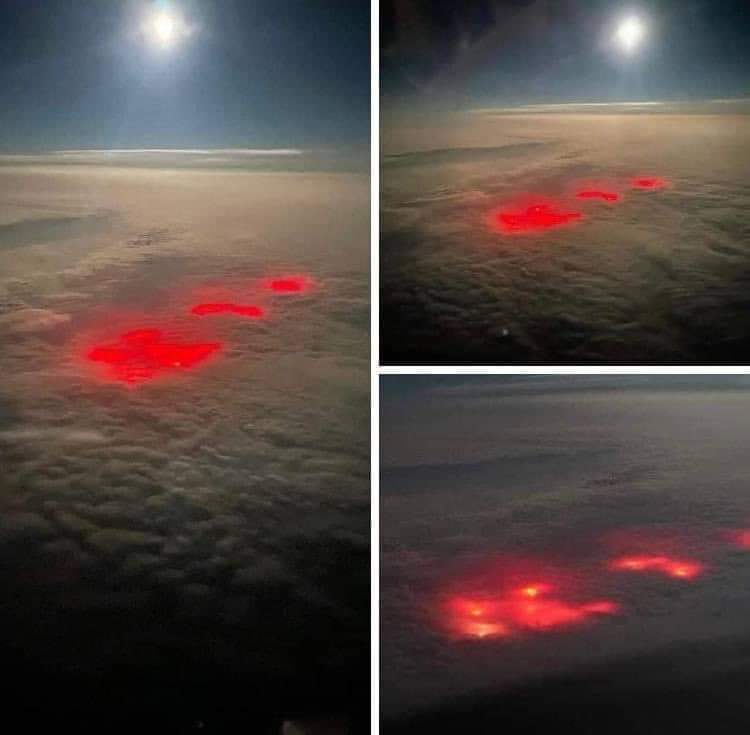 Photographs of a strange crimson glow in the clouds have generated buzz on Reddit. Redditor Moheimen Tanim shared three images showing a great light over the Atlantic Ocean. Some people believe it is the end of days, while others see it comparable to this season’s hit series Stranger Things. However, fishermen using lights to attract fish are the most logical explanation.

According to a Reddit user, the light was most likely caused by red LED lights on fishing boats attempting to attract saury. The fish are drawn to the lights, which allows fishermen to capture hundreds of saury at once.

The fishing technique is frequently used to capture Pacific saury, especially by Taiwanese, Japanese, and Chinese fishermen. Atlantic saury can be found as far north as the Gulf of Saint Lawrence down to Bermuda and from Iceland down to Morocco. As a result, while it’s uncertain where the pilot took these photos in the Atlantic, the red glow might be caused by LED lights.

A port city in China’s northeast experienced a crimson sky in May, spurring speculation of the world’s end. The crimson skies in a seaport city terrified locals until it was revealed that the apocalyptic sky conditions were caused by fishing boats from a nearby fishing firm. LED fishing is popular among fishermen because their vessels use less fuel and are lightweight. Using such devices also reduces by-catch and the necessity for nets, which is good for the environment. However, because they draw much fish, their usage may lead to overfishing, harming the ecosystem.