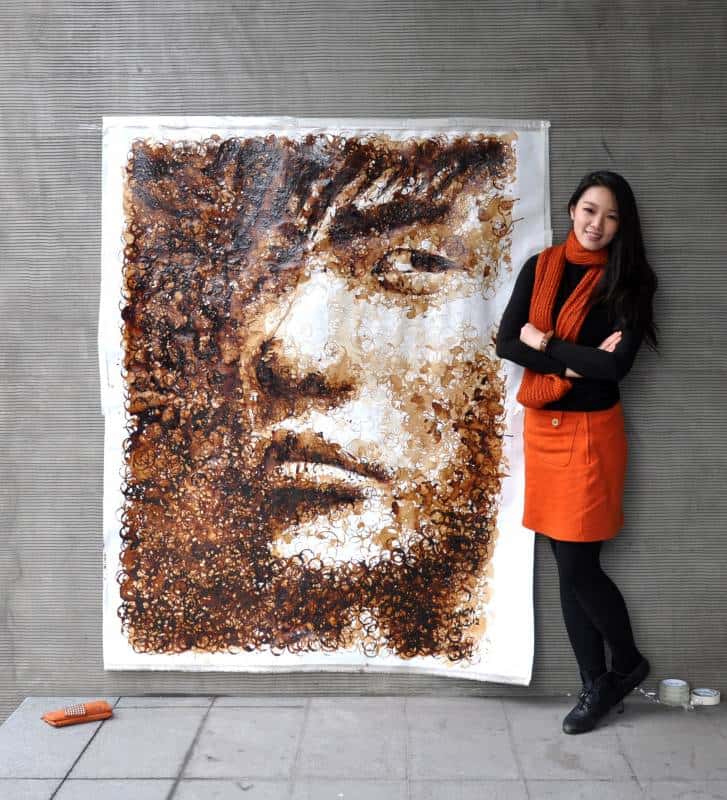 Hong Yi, who goes by the nickname ‘Red’, is a Malaysian artist-architect. She was given the nickname because of her surname, Hong, sounds like the word ‘red’ in Mandarin. She also loves how a color can stir up conflicting emotions – one of love and passion, and of danger and sacrifice.

Red’s grandparents and father left Shanghai in the ’60s during the start of the Cultural Revolution and moved to Sabah, Malaysia where she was born and raised. Growing up, she heard stories about how life was like for them and her relatives in China, but never thought much about it.
The irony is that two generations later, Red moves back to the Middle Kingdom – which now has become the world’s second-largest economy.
After graduating from university, she took up an offer to work in Shanghai but secretly planned to stay for just a year. However, when she got there she was blown away by the city. She found herself drawn irresistibly to the country, its rich history, its culture and its people. She knew she had to do something about it. This inspired her to start on a project of ‘painting’ portraits of iconic Chinese figures, using local everyday materials as her medium…it was an outlet for her to express how much she felt for a place her grandparents once fled from.

Hong Yi is a Master of Architecture graduate from the University of Melbourne, and was awarded a Melbourne Abroad Scholarship to study at the Technical University of Delft in the Netherlands, which broadened her perspective in European arts and architecture. She was Australian national finalist in the SONA Superstudio competition in 2009 and 2010, and received the Elenberg Fraser award for Best Presentation in both years. She also received Special Mention for the AA Prize for Unbuilt Works 2010, and featured in the Jan/Feb 2011 issue of Architecture Australia Magazine.
She is also known as the artist who ‘loves to paint, but not with a paintbrush’. Her painting of Yao Ming with a basketball and Jay Chou using coffee were Youtube hits, and she was featured in media around the world including Huffington Post, Wall Street Journal, ABC, and the Daily Mail. Her other work includes portraits Ai Weiwei using 100,000 sunflower seeds and Zhang Yimou with 750 pairs of socks and bamboo sticks.
She was recently invited to speak in Monterey, California at the EG Conference, which is known as the premiere gathering of and for innovators in media, technology, entertainment, and education. She is a currently working in the Shanghai office of HASSELL, an established Australian architecture firm. She absolutely enjoys being an architect by day and an artist by twilight. 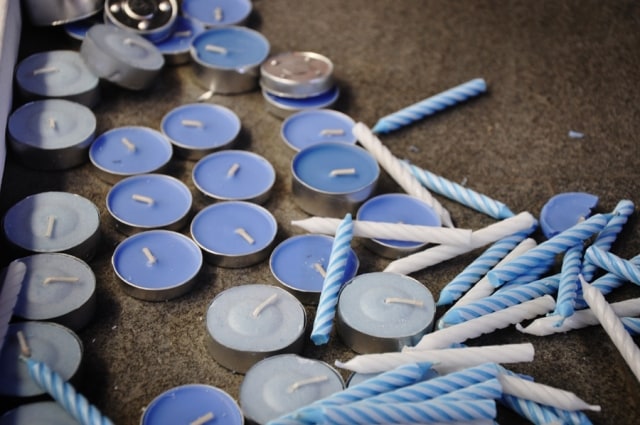 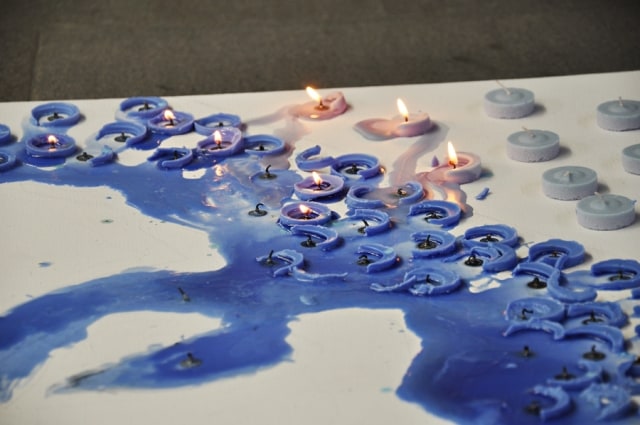 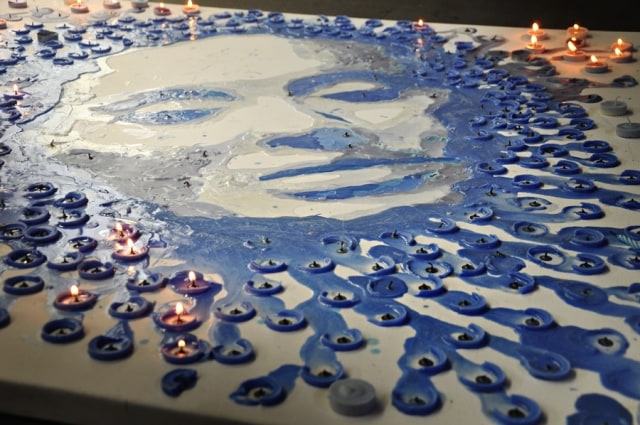 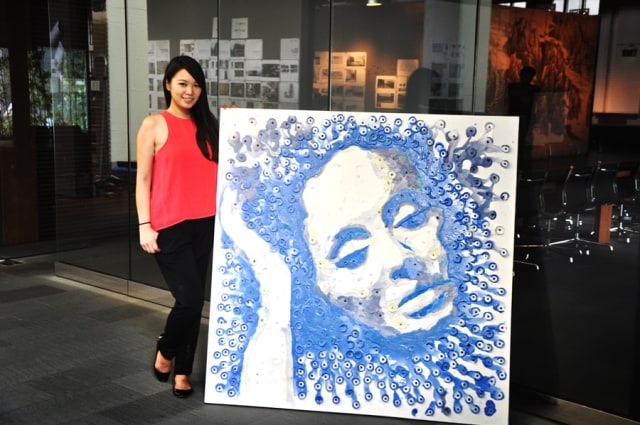 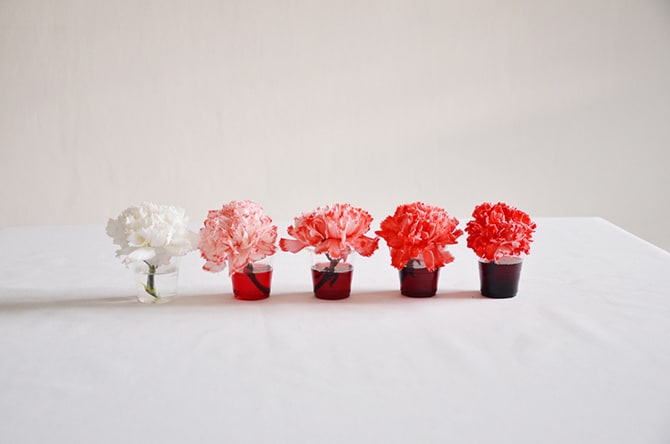 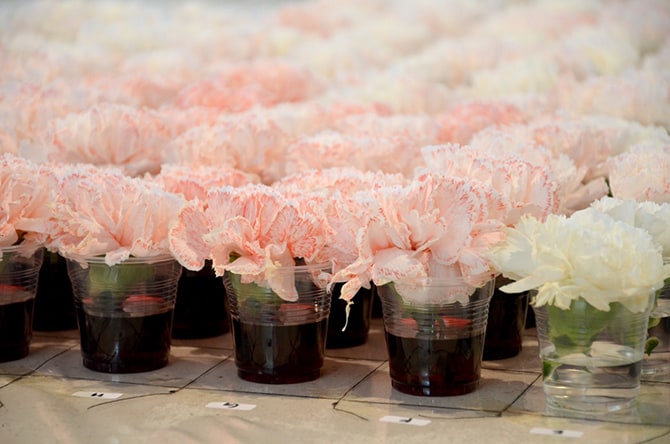 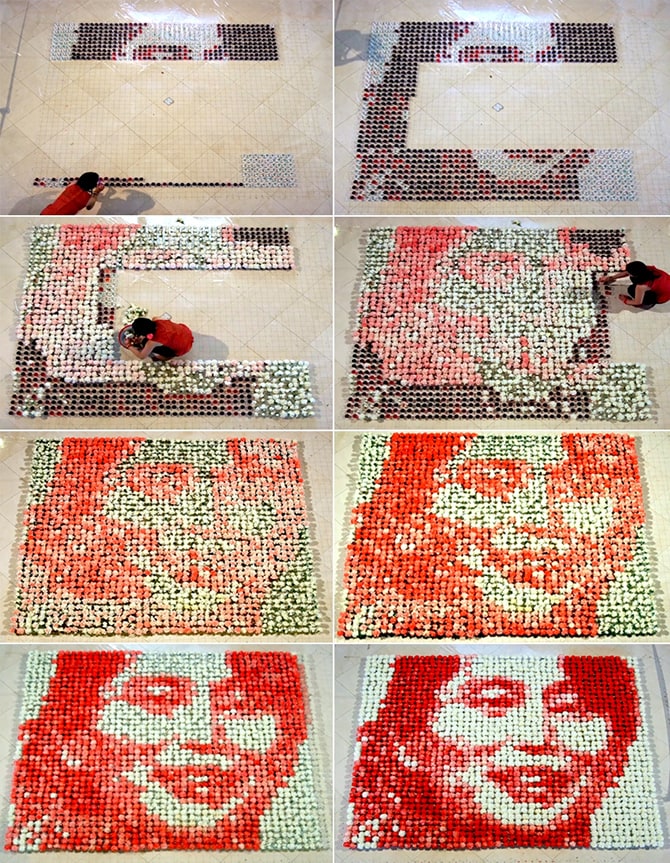 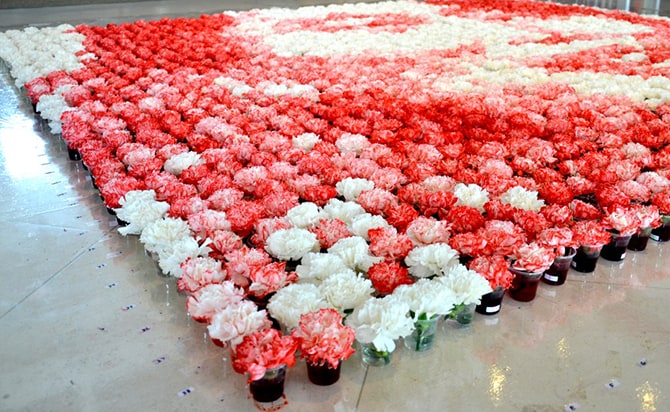 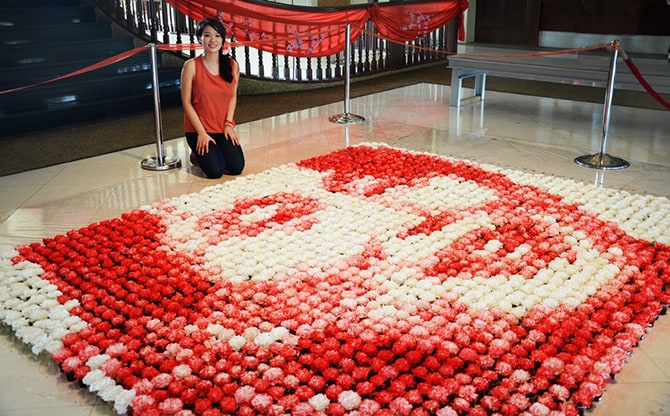 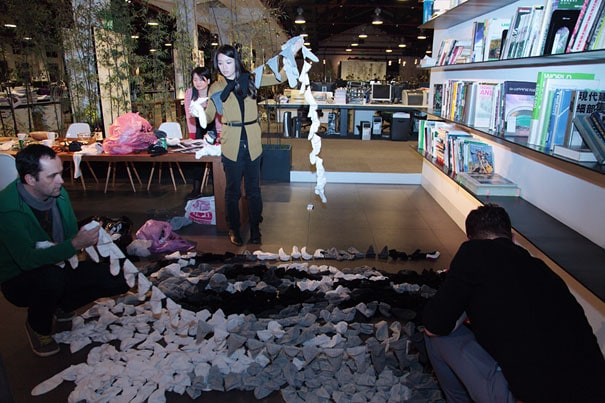 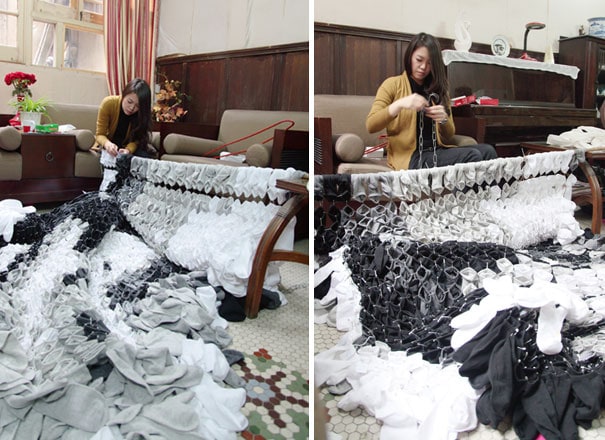 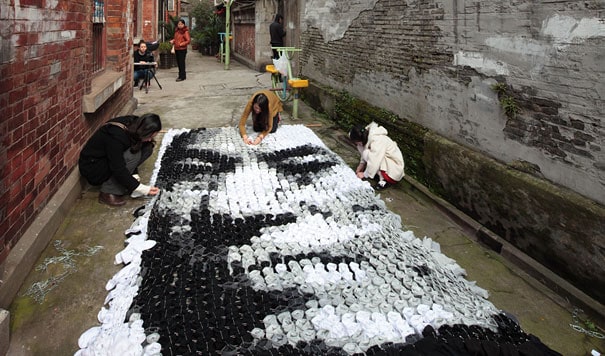 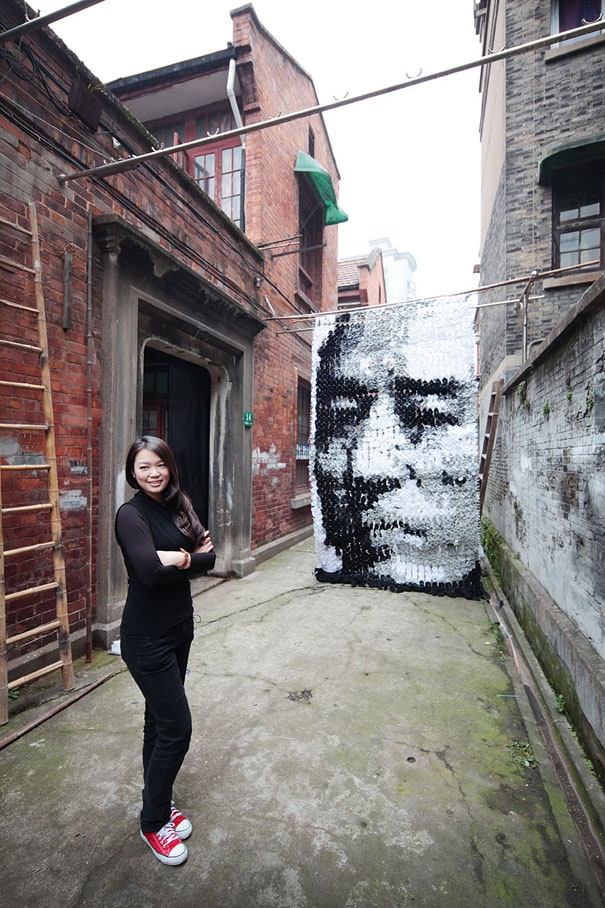 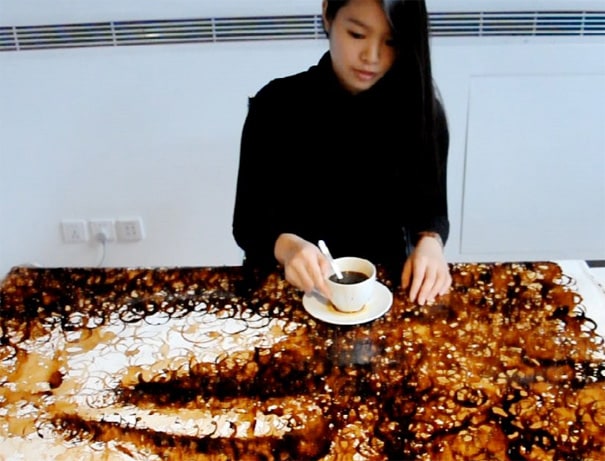 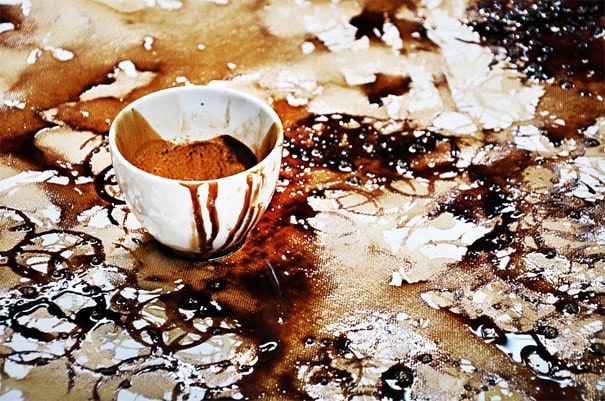 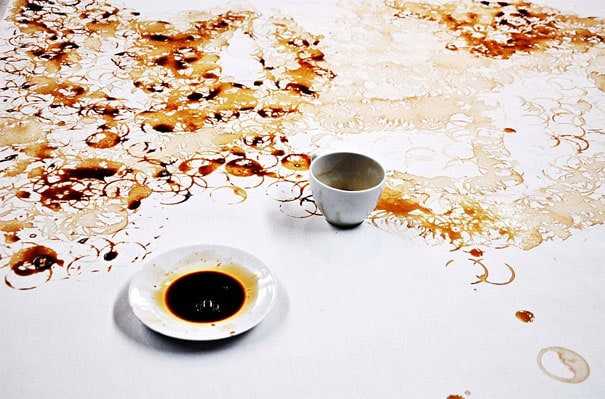 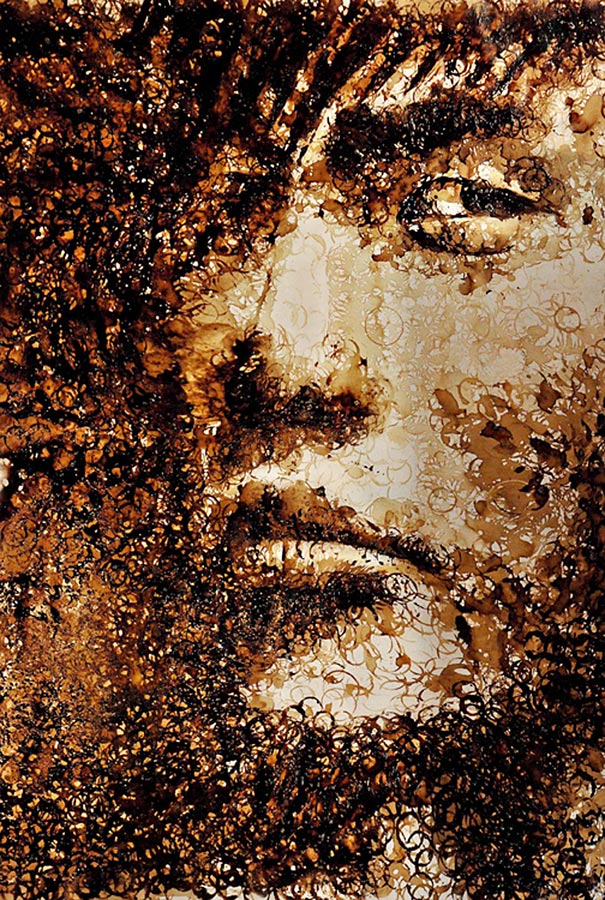 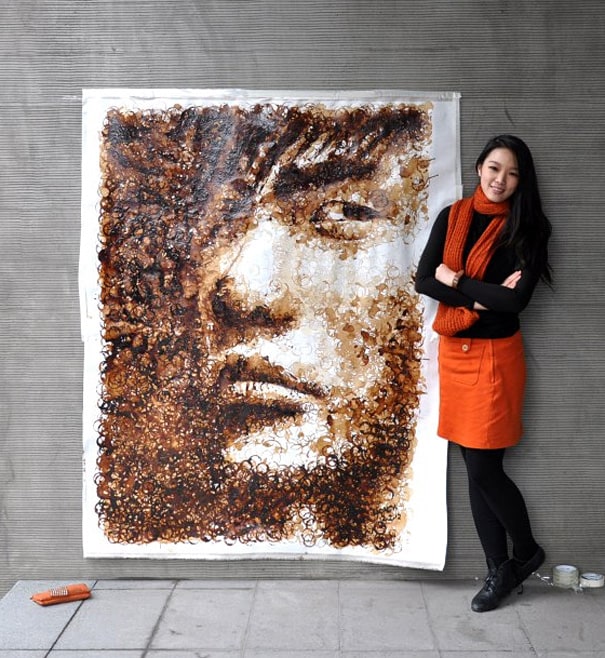 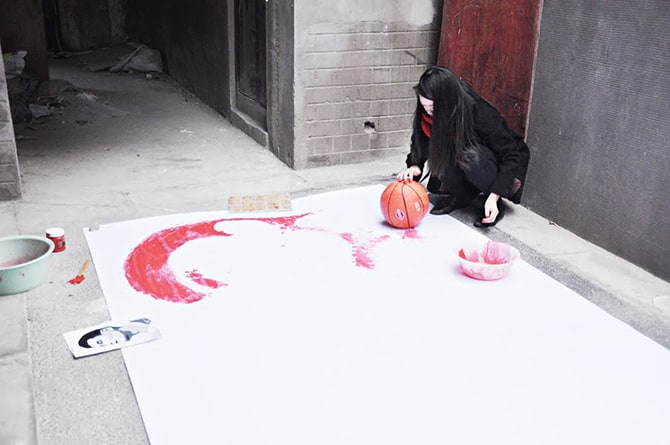 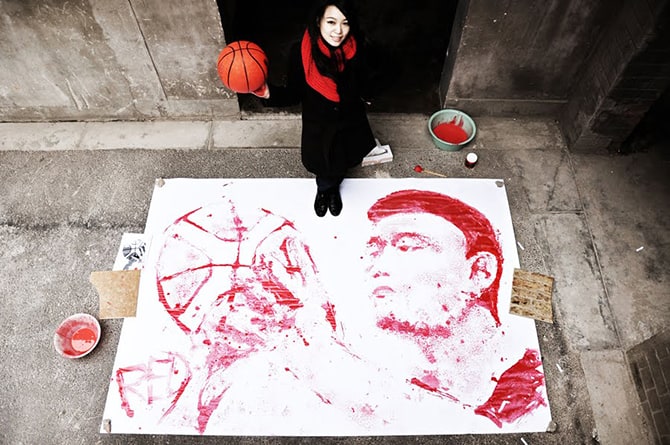