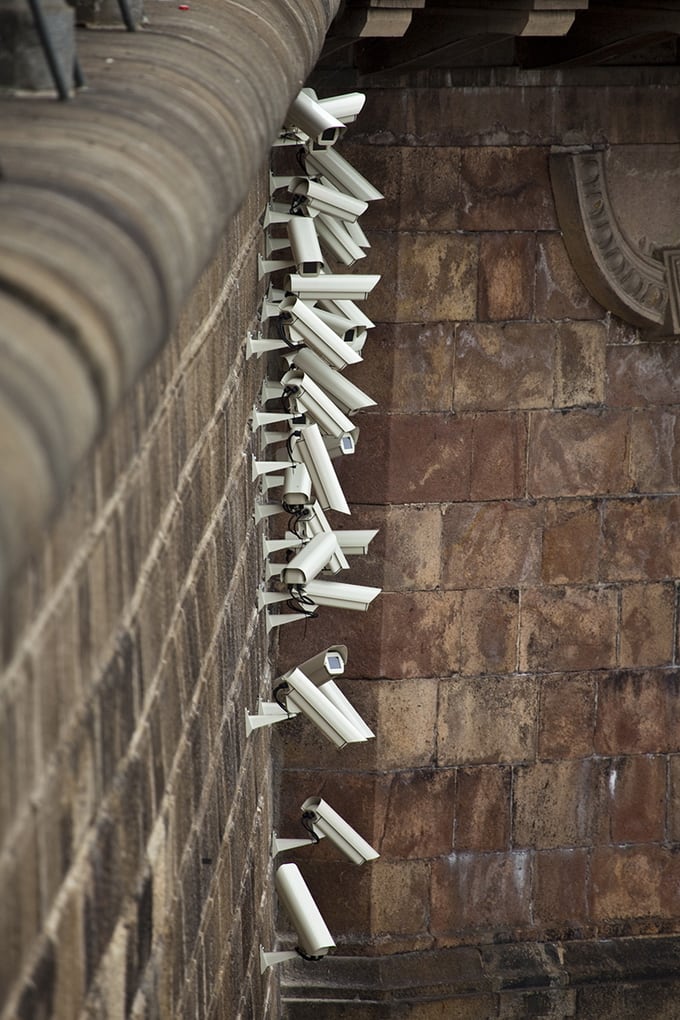 Czech artist Jakub Geltner places sculptures of surveillance cameras in public spaces. When one looks closer though they understand, the groupings are not perched birds, but somewhat surveillance cameras and satellites the artist has placed as a part of his series “Nest.” The project that he has been working since 2011. He created his first installation in the center of the city, ideally conforming to the surrounding architecture and design of the modern urban landscape.

Jakub says about his project: “The growth process of a nest on the facades of buildings or in many urban spaces can be performed as a press point or as a starting point of an infection.”