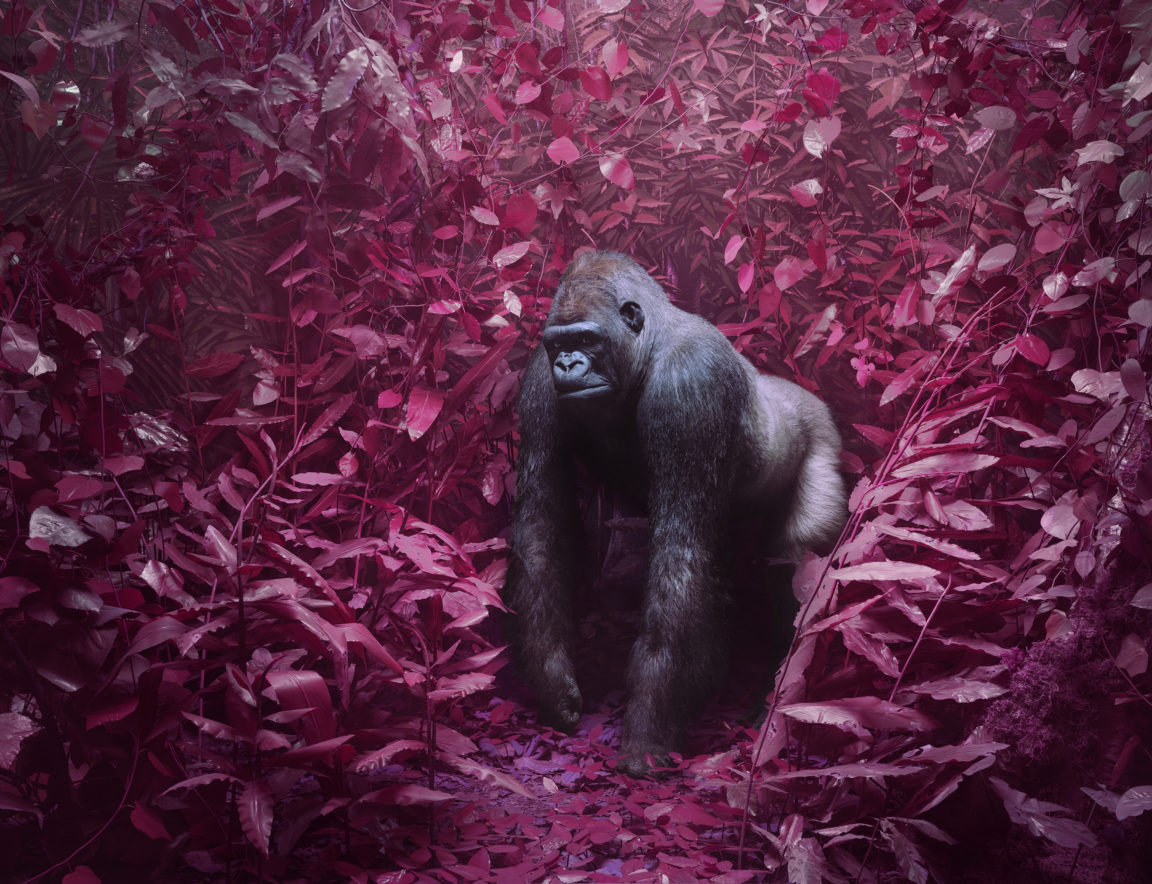 Jim Naughten is a photographic artist and art teacher who has been fascinated with art since he was a child. His work explores nature and history’s mysteries, frequently blurring the distinction between photography, digital art, and surrealism. Naughten’s works rewrite our perception of reality and challenge our viewpoint on the world around us. In his most recent solo show, Eremozoic, Naughten presents a new series of artworks that place various animals in technicolored dreamscapes. The visual trickery of his approach makes it difficult for the eye to tell if they’re photos or paintings.

The truth is that they’re a little bit of both. Combining his background in painting and photography, Naughten has created his unique artistic practice, which he calls “digital painting.” Using various editing programs to enhance his images digitally, he creates something unfamiliar that skirts just along the boundary between fact and fiction.

“I’ve spent the majority of my career in photography moving back to the canvas little by little,” explains Nuaghten. “It was difficult for me to move to digital photography until I realized that I could modify pictures and produce entirely new ones using post-production software like Photoshop. It feels like working on an oil canvas—sitting, returning to it again and again, altering colors and components as necessary, using brush tools until I’m satisfied with the outcome.”

Naughten’s otherwordly depictions in Eremozoic are beautiful yet unsettling, ranging from orangutans swinging among electric blue leaves to an enormous bear standing in the bright pink grassland of a hollow valley. Furthermore, these perplexing hallucinations contain a more important lesson about humanity’s growing disconnection from the natural world. The exhibition’s name is derived from a term coined by biologist and writer E.O. Wilson to characterize the current era of evolution on Earth. The Eremozoic Era was marked by widespread species extinction as a result of human action, also known as The Age of Loneliness. With his unnatural renderings of nature, Naughten tries to capture the sense of dissolution and disorientation that characterized this period.

“We want to look at our disconnection from the natural world, which is in danger as a result of our actions,” Naughten adds. Every year, 30,000 species become extinct; the trend is worsening by the day. We need to provide nature and wildlife with more space now more than ever. I’m hoping my initiative can help raise awareness… I’d want others to watch David Attenborough’s A Life on Our Planet, which briefly summarizes everything I’ve learned in the last decade. It is critical to raise environmental awareness and consider how we might live more lightly on the planet.”

The Eremozoic is on view at Grove Square Galleries in London until November 18, 2021. Visit their website for more information about the show or to explore the gallery via a virtual tour.