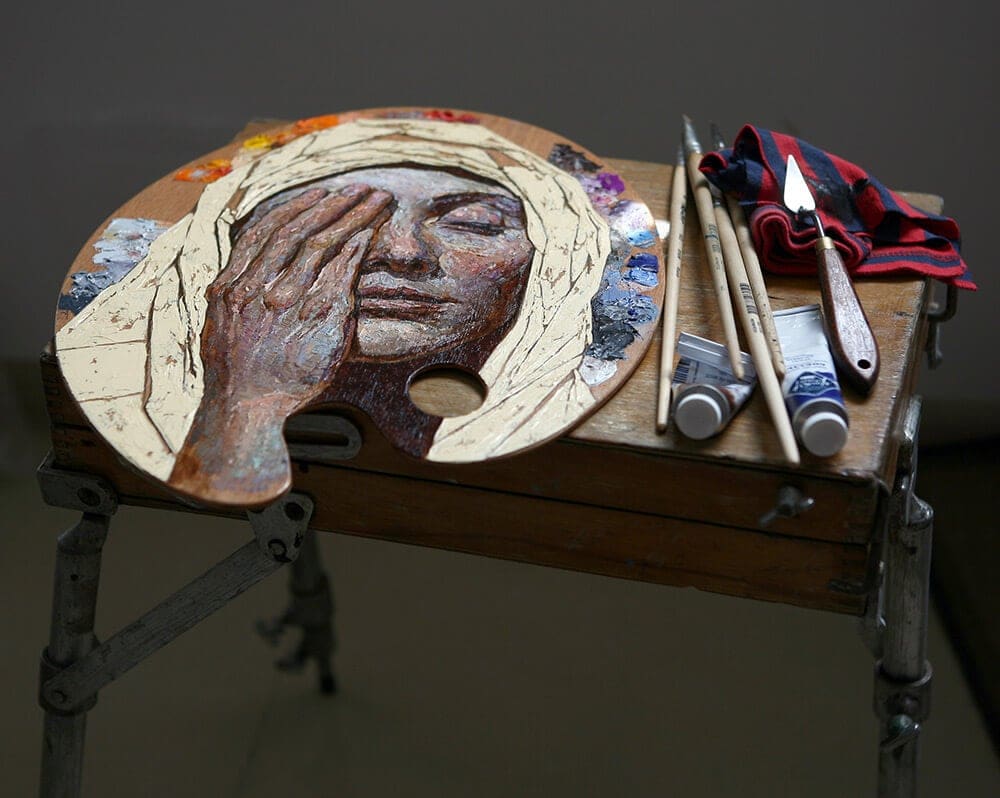 After finishing a series of tiny paintings two years ago, Dina Brodsky turned to her palette, trying with the tool of the series’ creation until it became a work of its own. During a studio visit with a friend she noticed he too had created a work on an old palette, nevertheless, the work was far different than her own. This finding led Brodsky to study other artists’ palettes and how they might manipulate them into works, inviting both friends and strangers to experiment with their palettes.

“Everyone I asked made a phenomenal painting, and because they were sharing the images on social media, a few other artists asked if they could participate,” stated Brodsky to Colossal. “It grew from there, almost like a conversation that was happening via palette paintings and social media amongst artists all over the globe.”

52 works from Brodsky’s friends and larger artist community, will be on exhibit at The Lodge Gallery in New York City in an exhibition titled “Point of Origin” from October 13 to November 13, 2016. 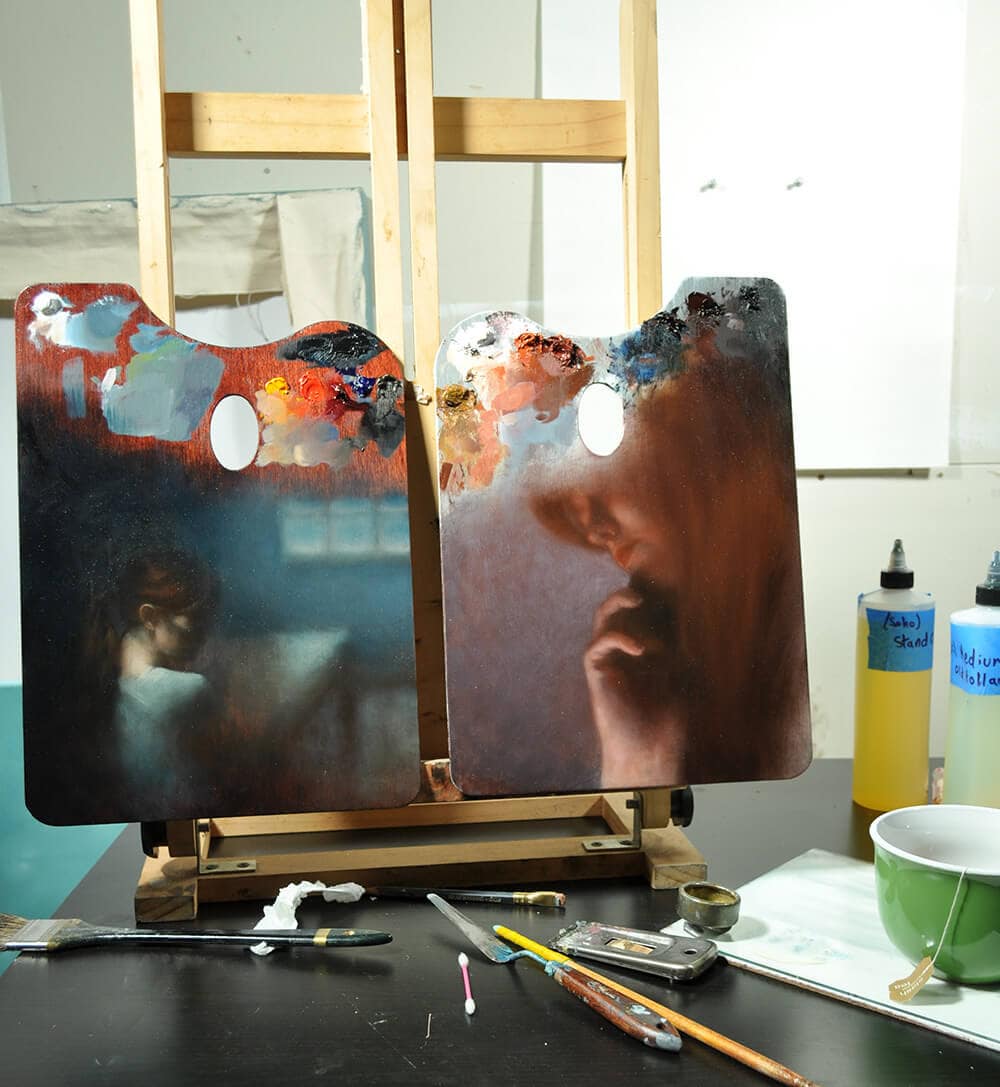 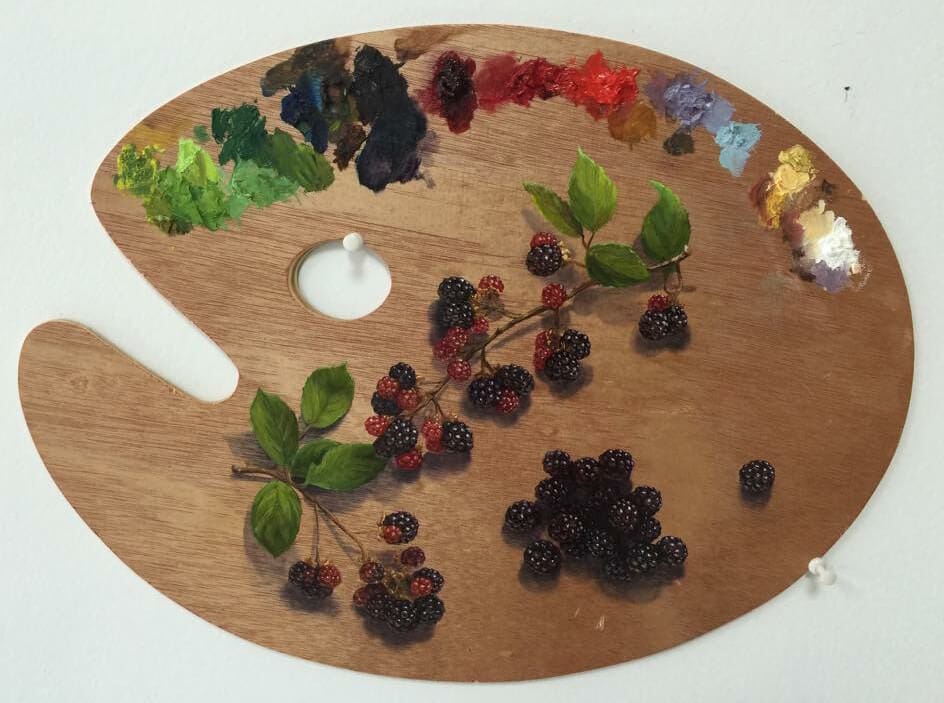 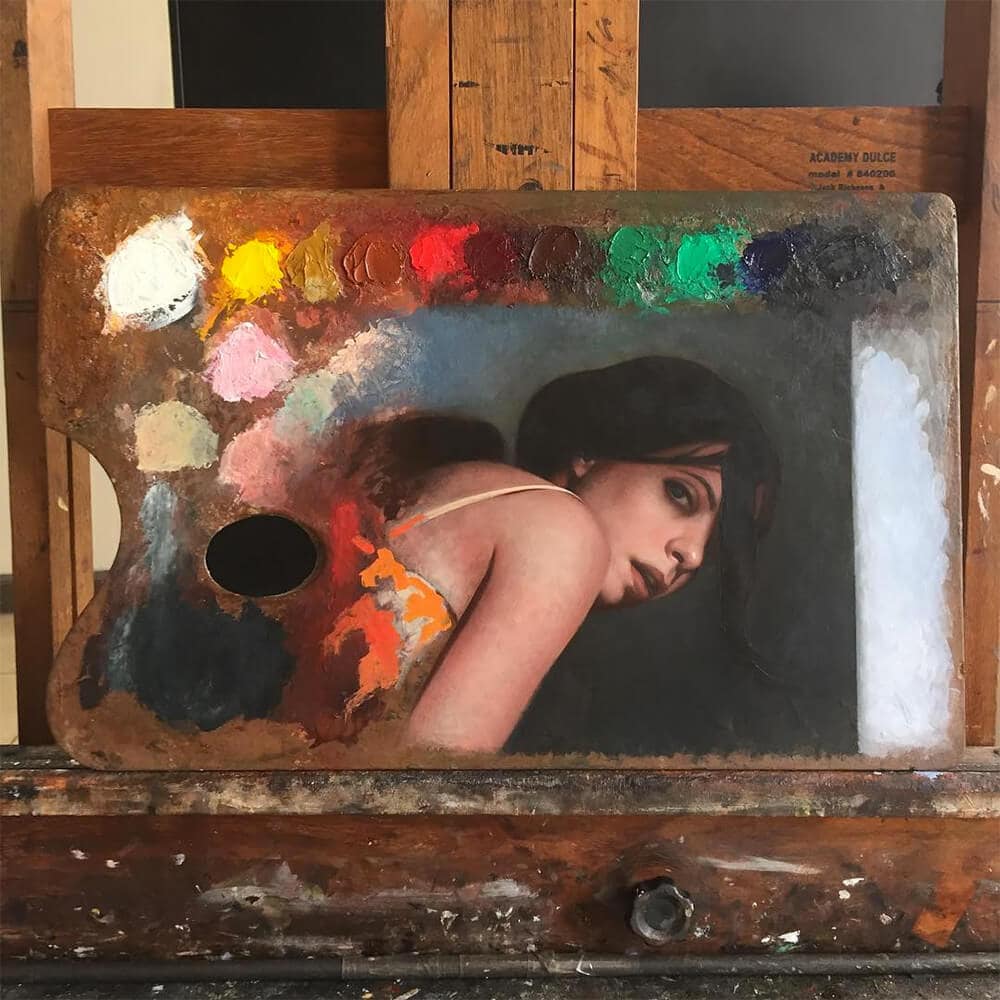 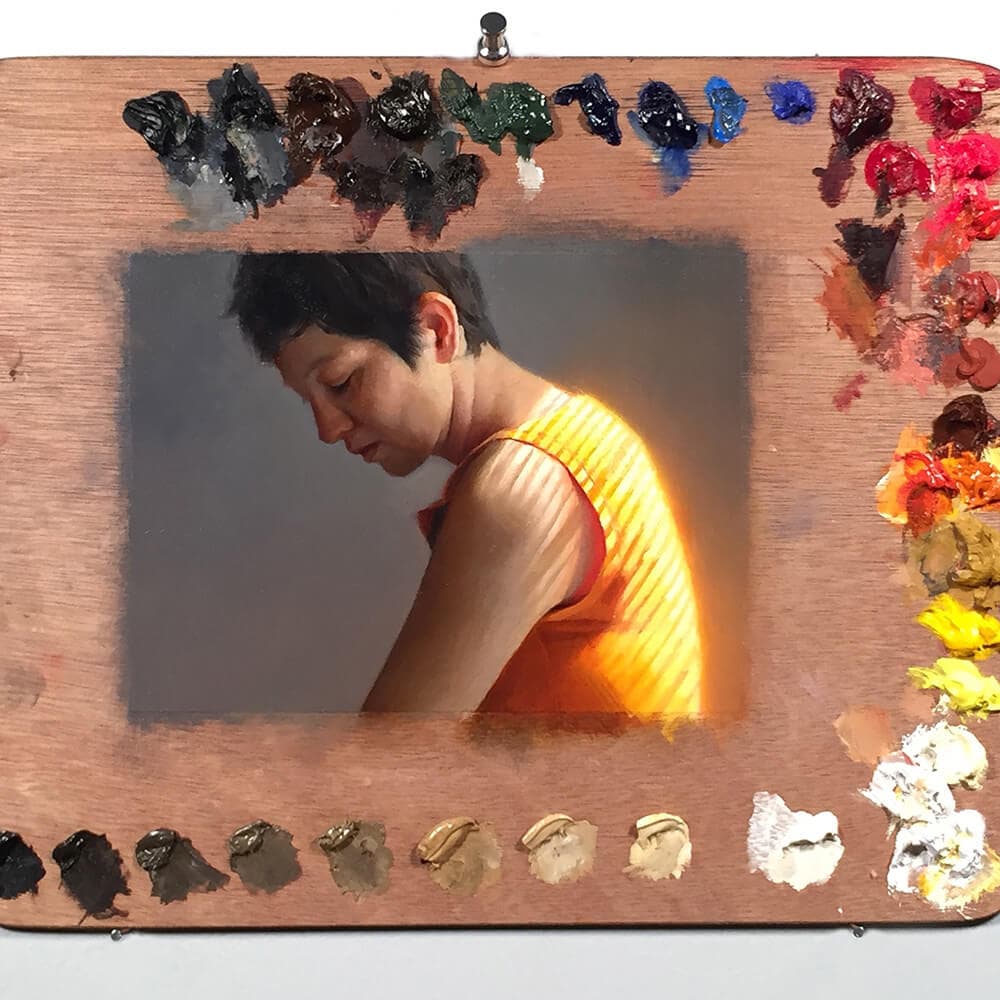 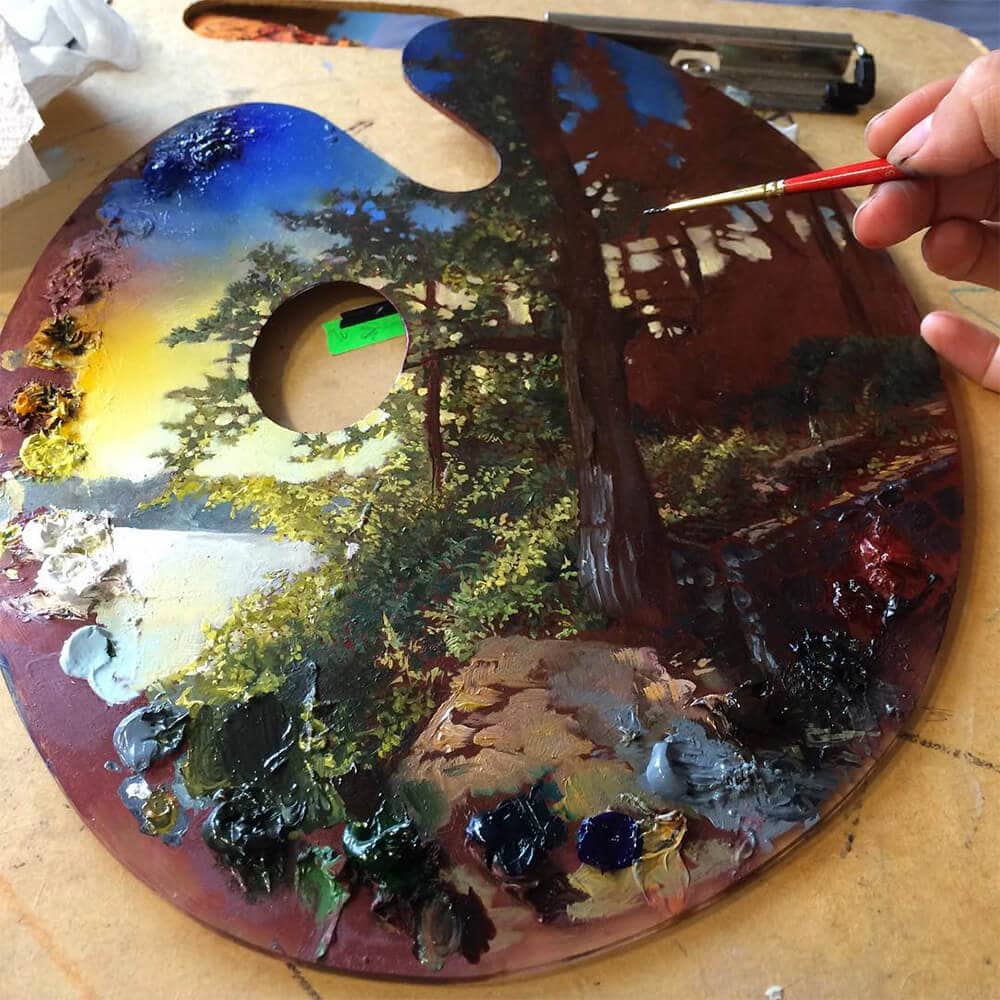 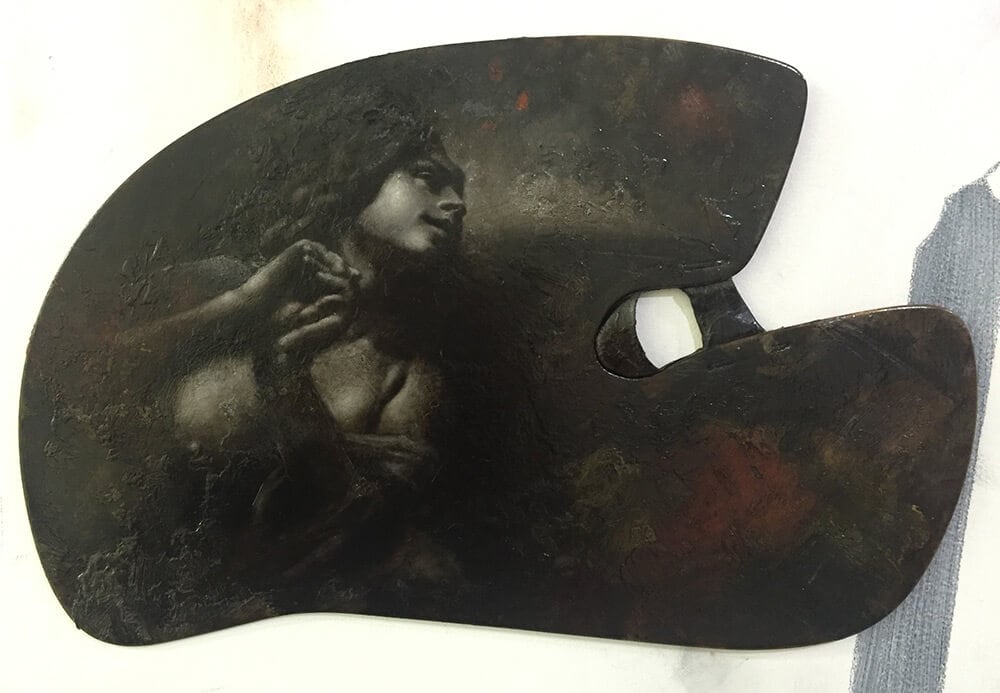 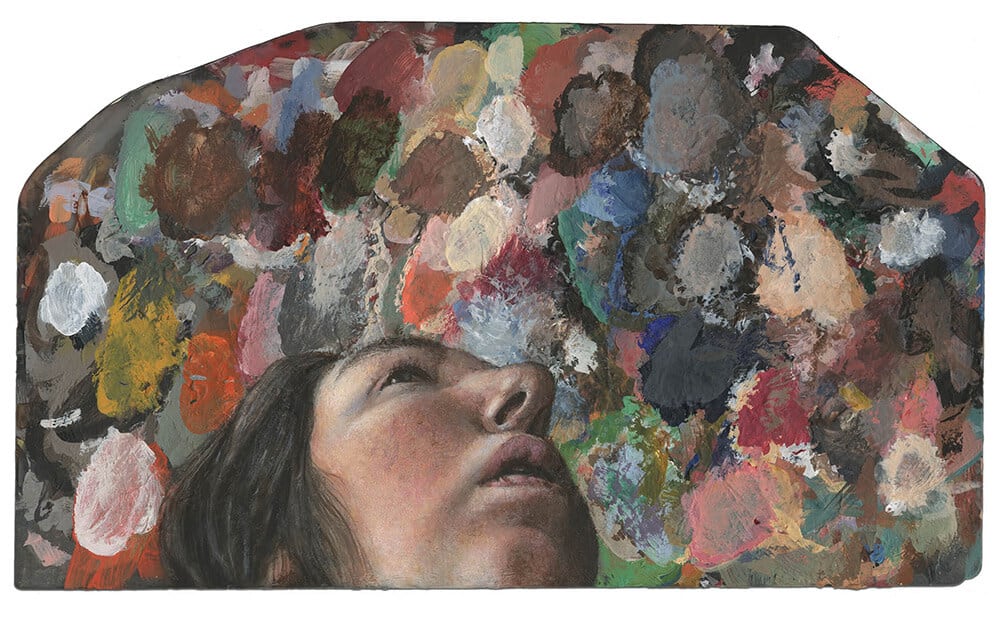