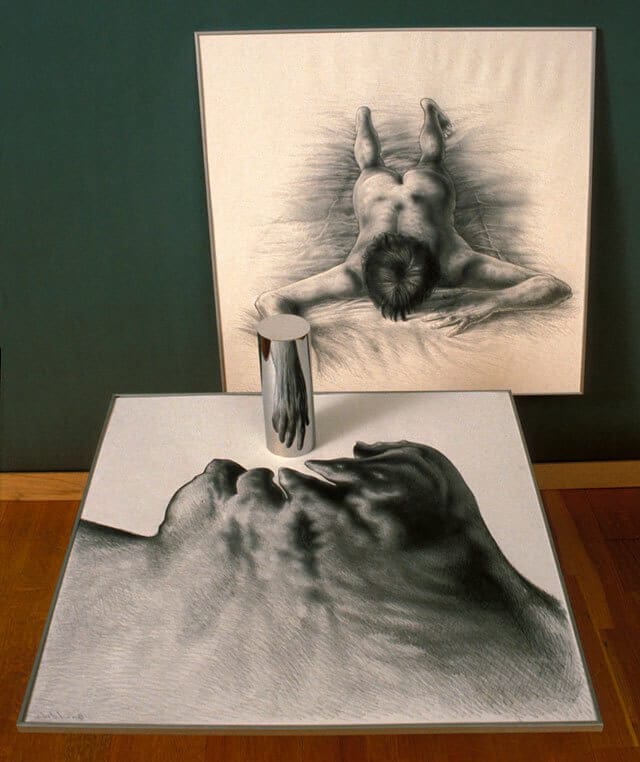 István Orosz is a Hungarian artist famous for his incredible anamorphic art. The distorted pieces come to life when a cylindrical mirror placed atop the artwork; seemingly obscure imagery changes into detailed and realistic figures and faces.

Orosz graduated from the University of Arts and Design in Budapest in 1975. After graduation, Orosz became interested in theatre as a stage designer. According to Impossible World: István often uses “Outis” or “Utisz” (No one) as a pseudonym. The Homeric hero Odysseus, who fought the Cyclops, used this name as well (he put out the monster’s eye). Orosz pictures that his art is akin to an Odysseus gesture: some attack upon the eye. 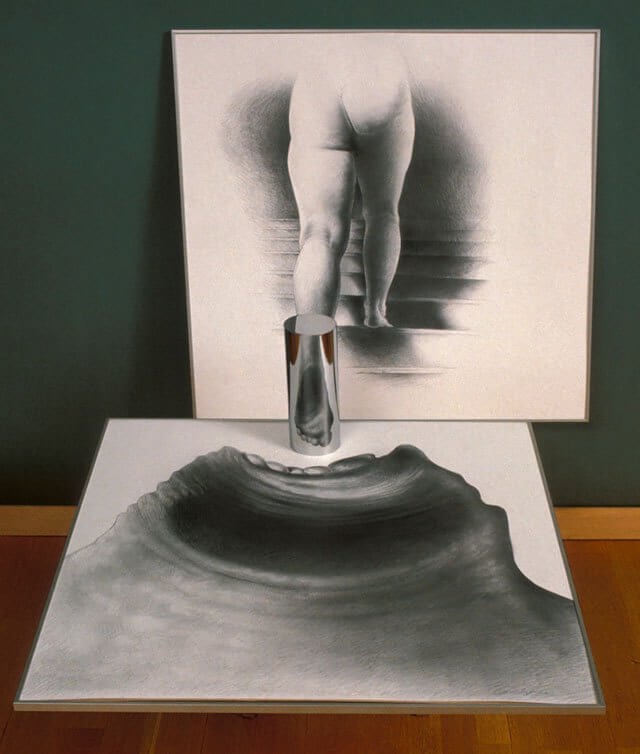 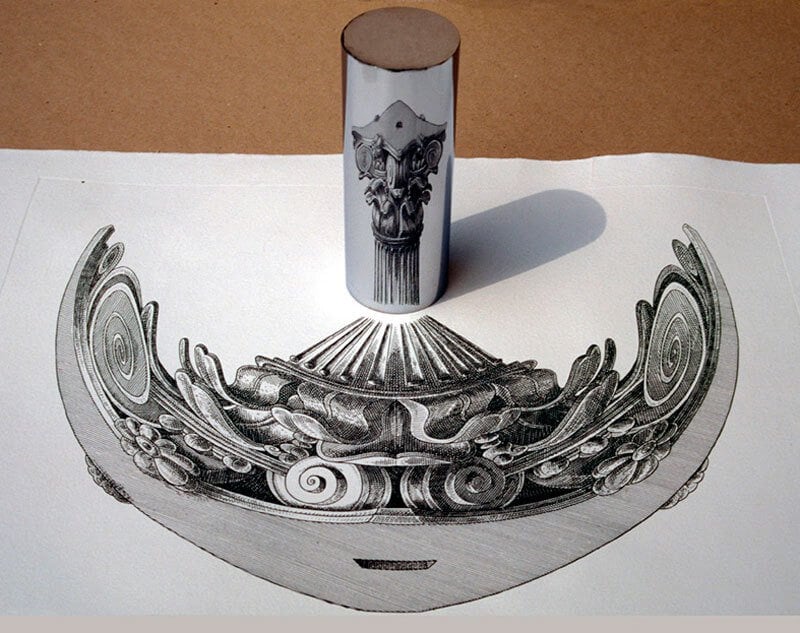 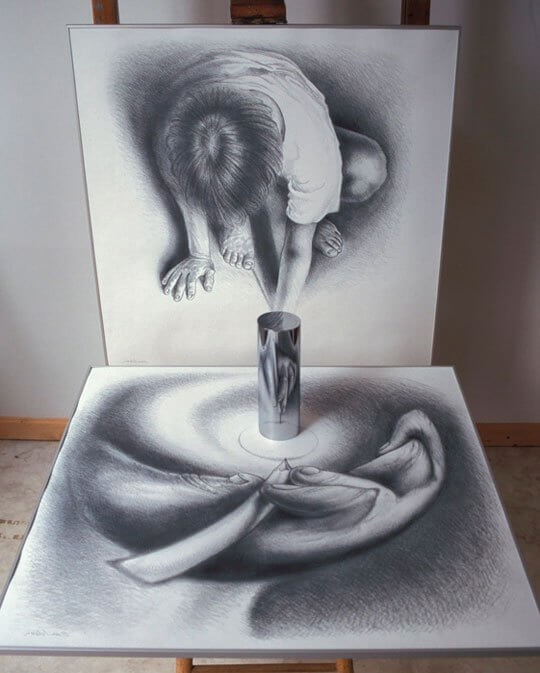 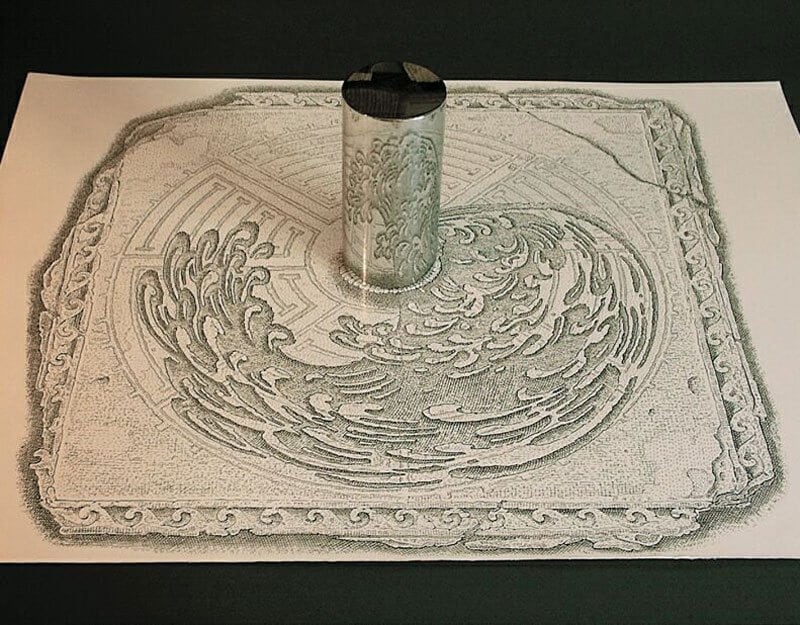 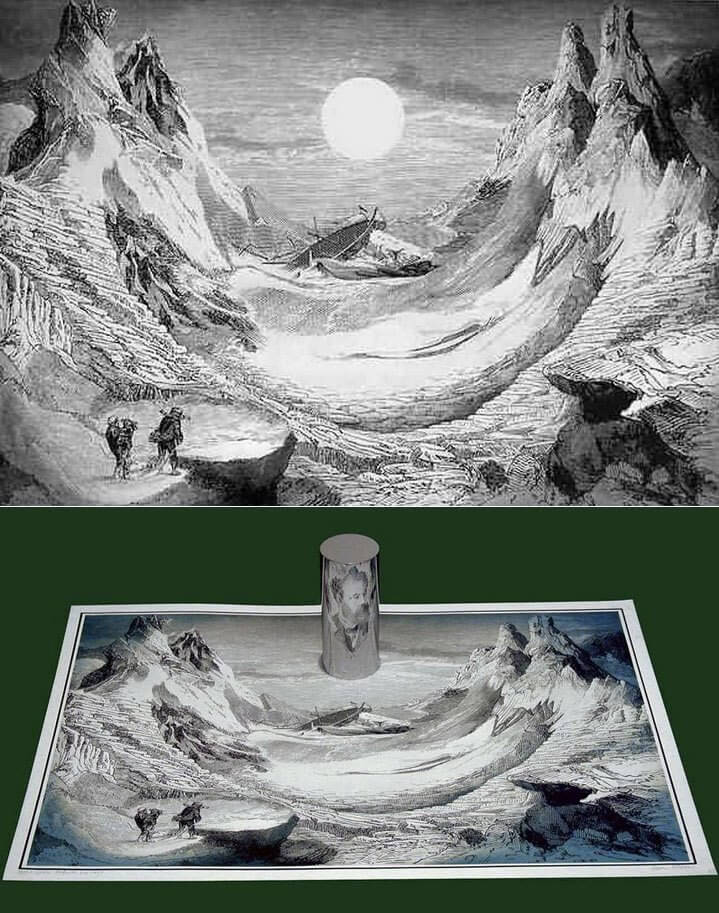 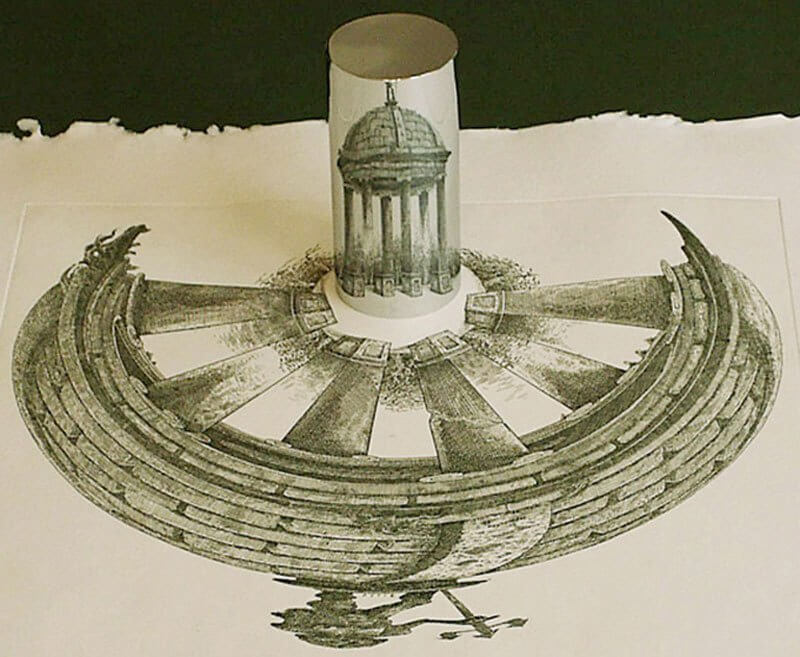 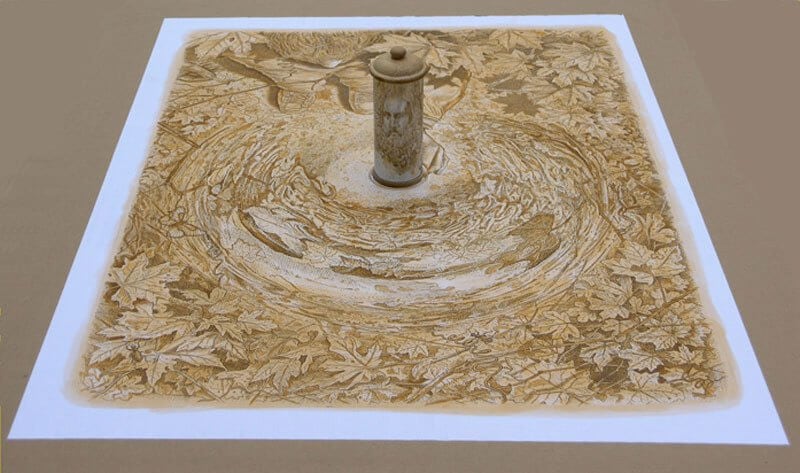 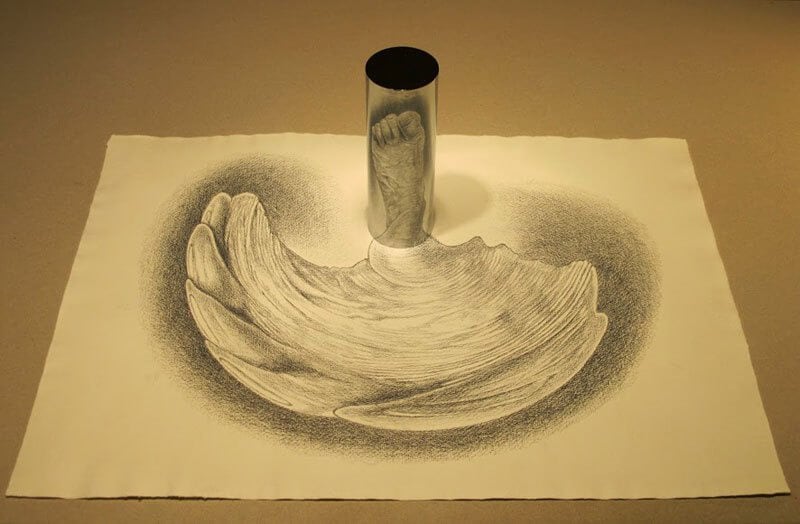 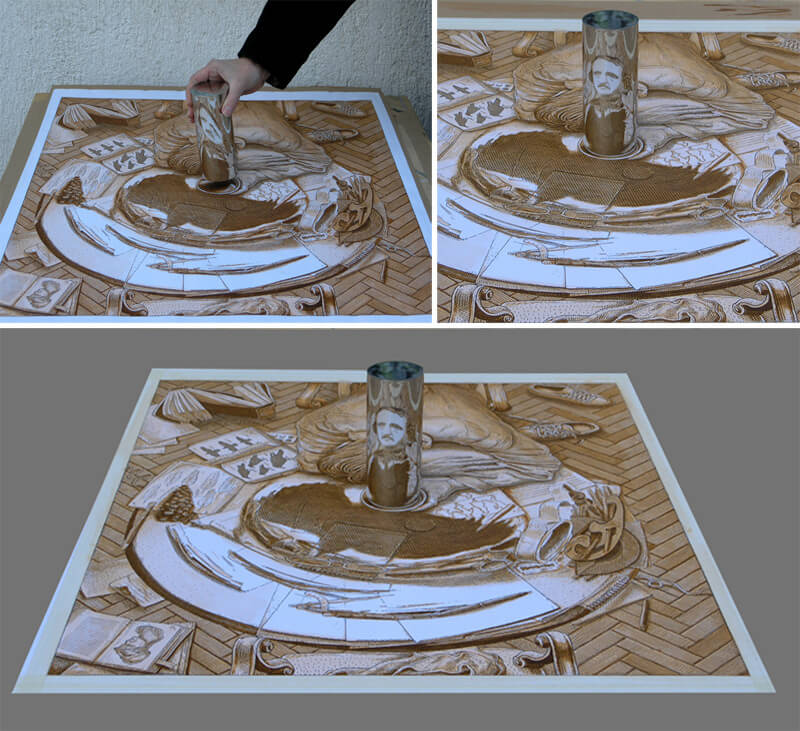 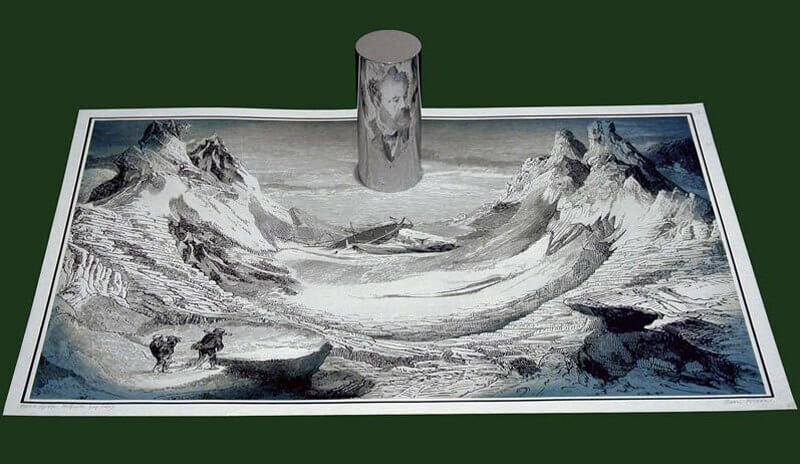