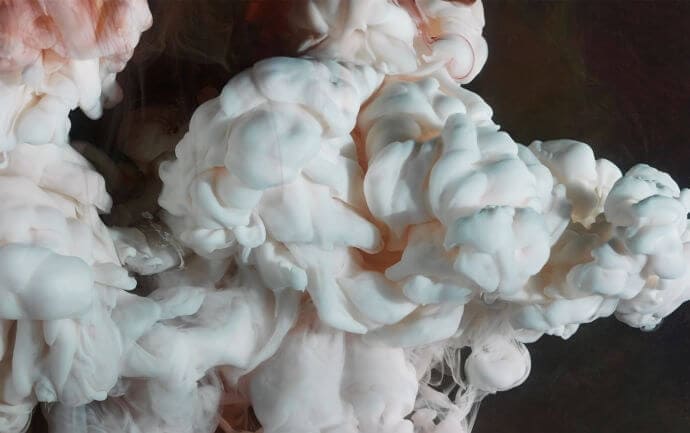 American artist Kim Keever‘s photographs, featuring striking abstract compositions sometimes called ‘Art Under Water‘, are created by spilling pigments into a 200-gallon tank and taking the resulting explosions of various shades on camera – a method that he has been using for more than five years.

With a refined unpredictability to his work, even after spending countless hours experimenting and shooting, Keever stated:
“Even after 20,000 shots I can’t foretell which will be entirely satisfied, and only a fraction are printed. But I have admitted the lack of control and included the randomness.”

Keever has most lately been in the spotlight for his collaboration with Joanna Newsom on her newly released album, ‘Sapokanikan’. Reverting to his hauntingly complex underwater landscapes, Keever’s photos add an obscure, mystical aura to Newsom’s album.