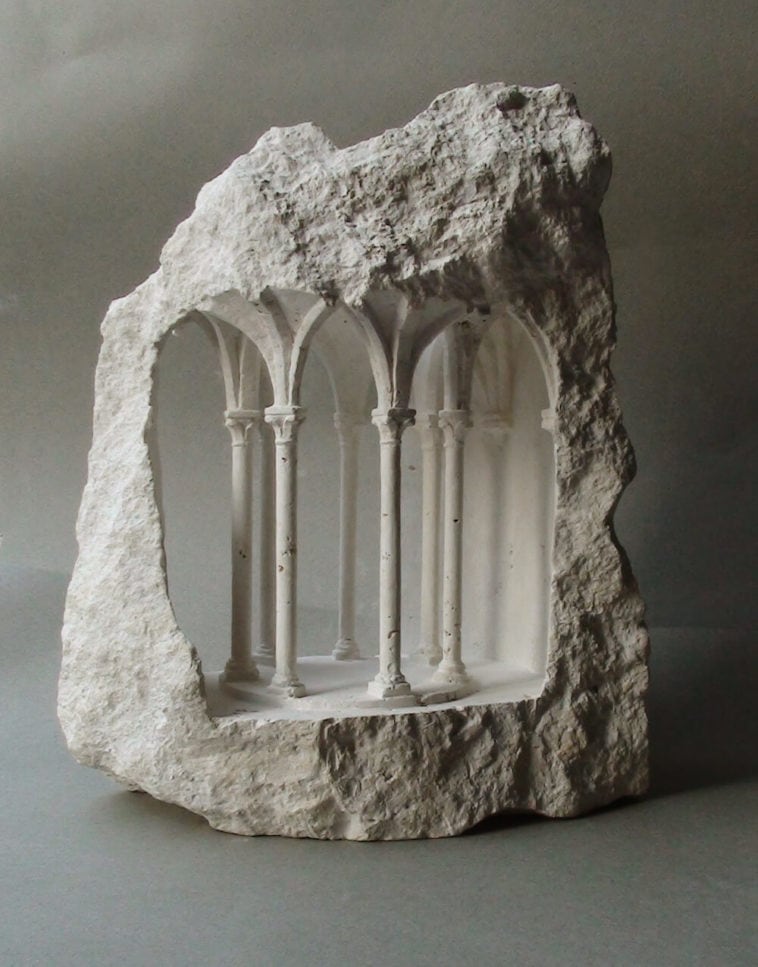 Matthew Simmonds sculpts tiny architectural structures from raw stone. Part of his interest in creating these pieces is centered around the contrast between the carved accuracy of his hand against the harsh nature of the natural material he chooses for each work.

“In my sculptures I am touched with the common human progress; the cultural expressions thrown up by various societies, and how the various cultural traditions interact with and influence each other,” stated Simmonds in an interview with Colossal. “Stone is the thing that survives the most from earlier times and has an inherent sense of strength and stability that has given it a central role in historical architecture. It is also a natural material, and in this way, it inherently has a connection with the Earth’s past.” 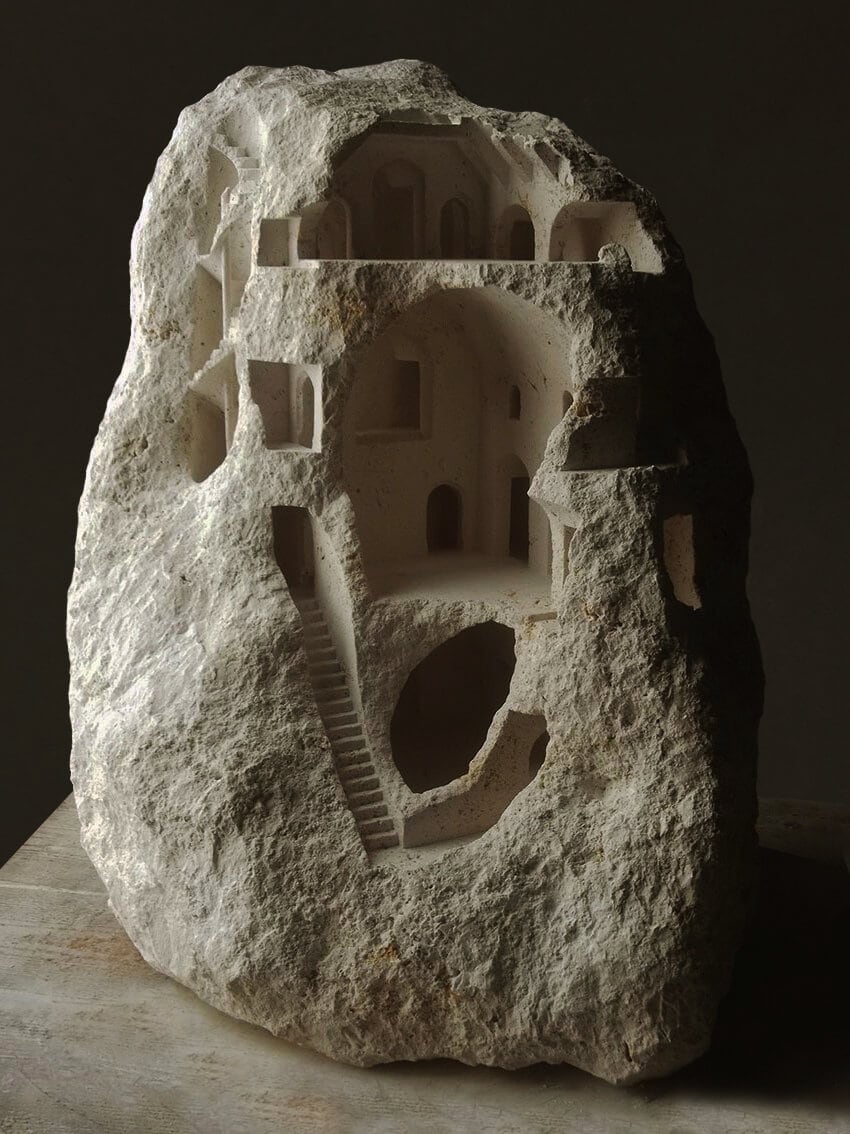 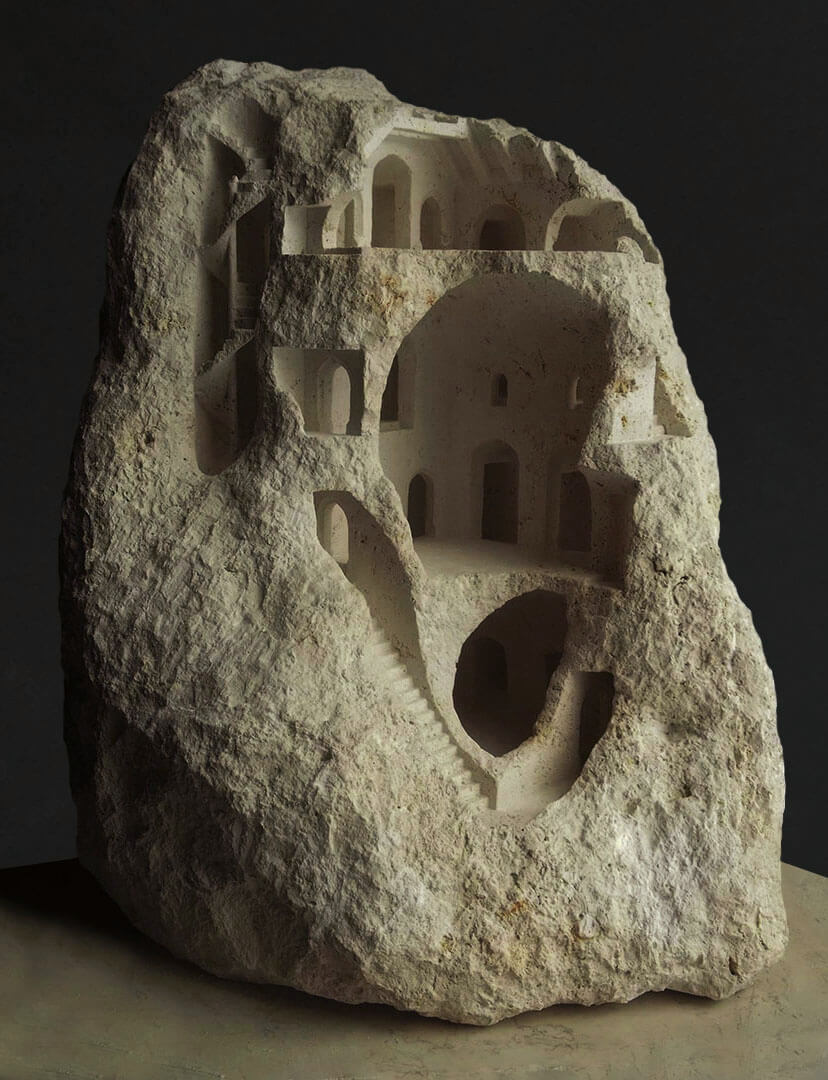 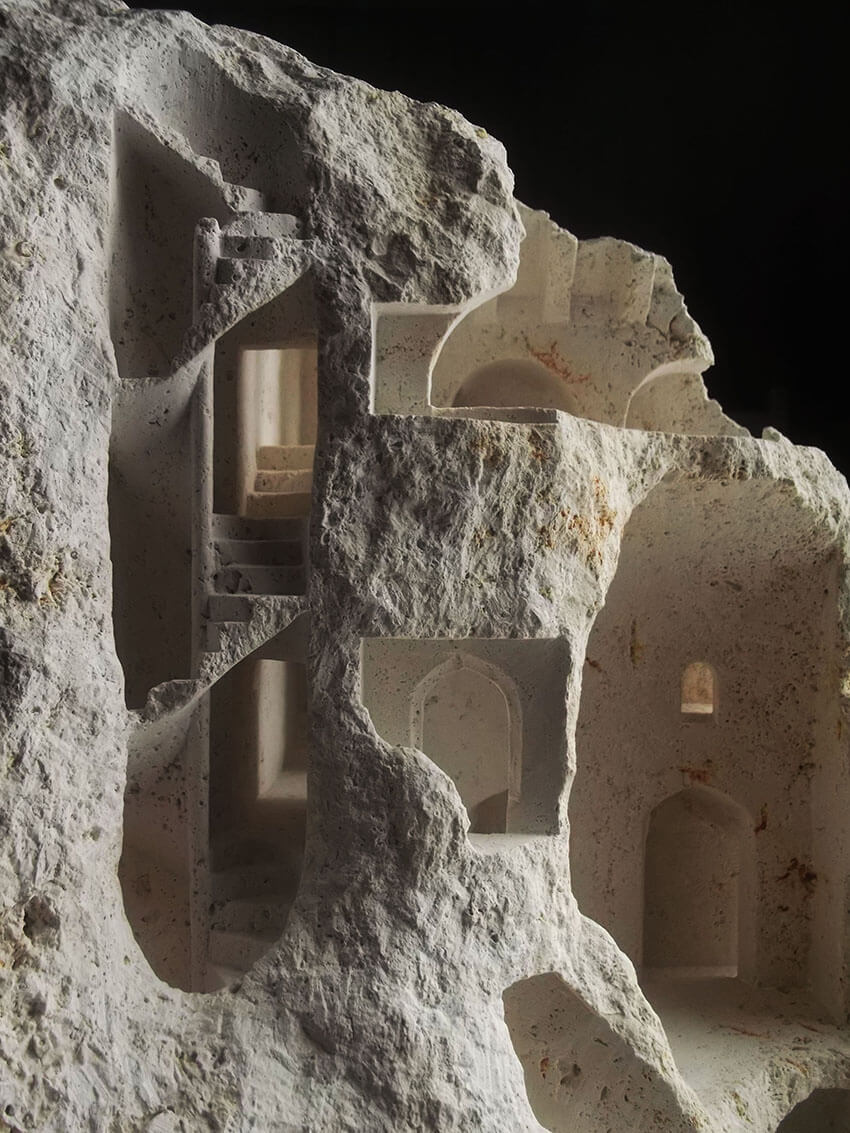 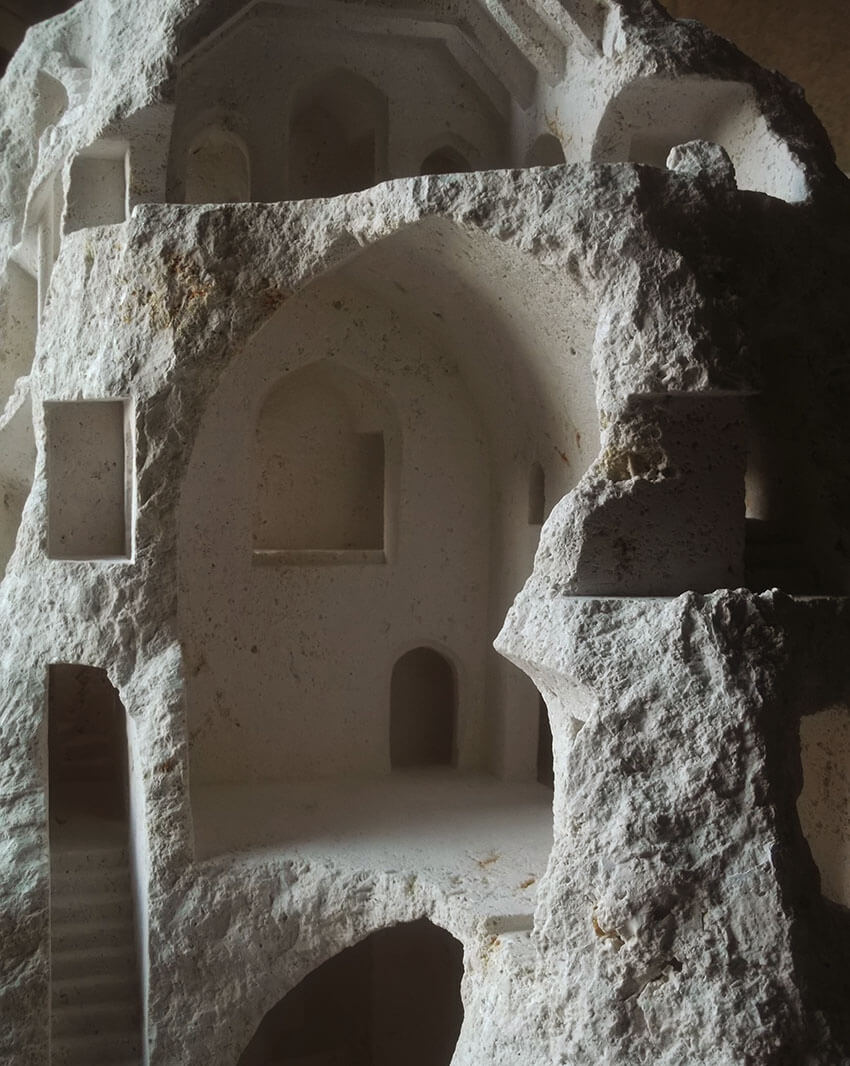 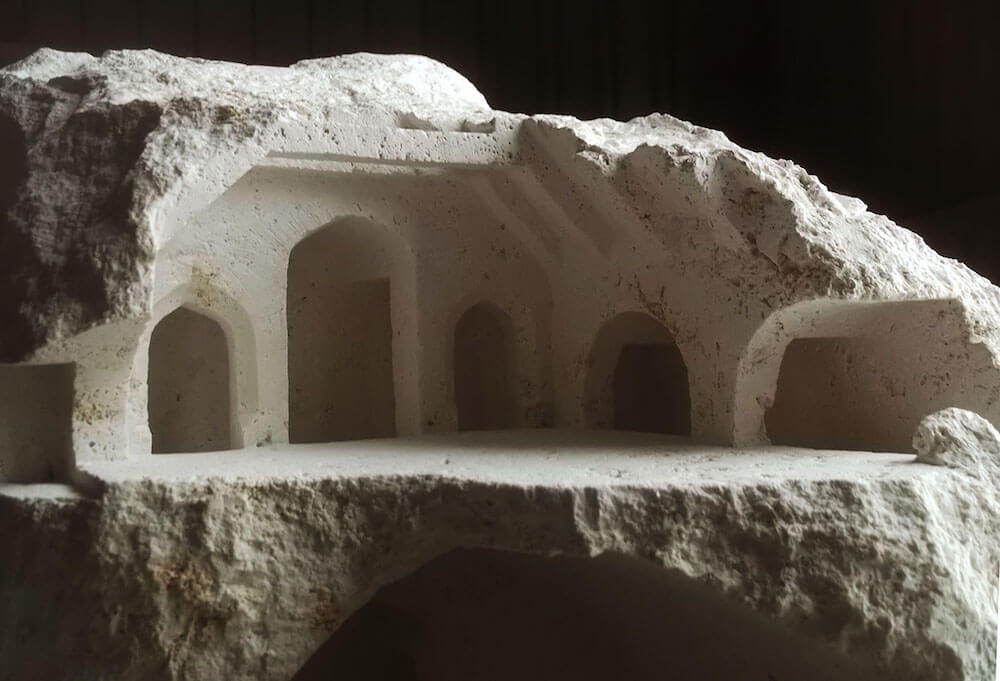 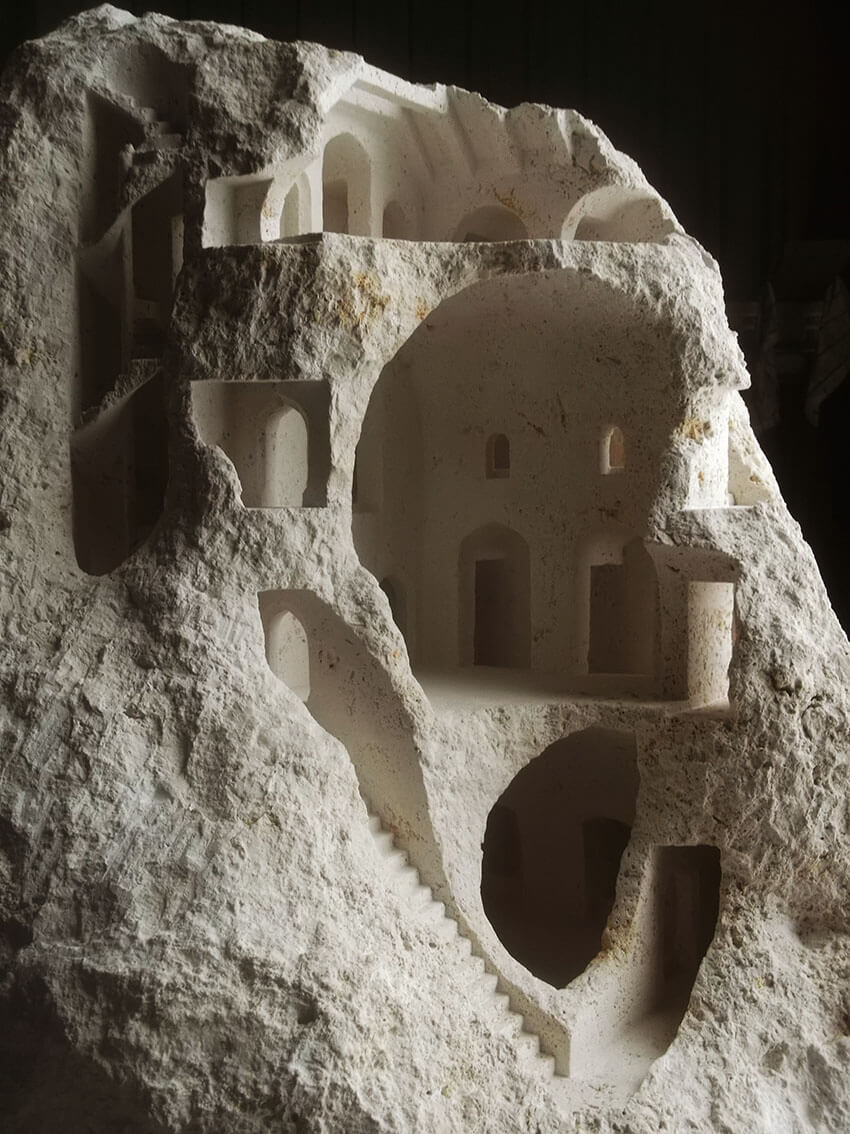 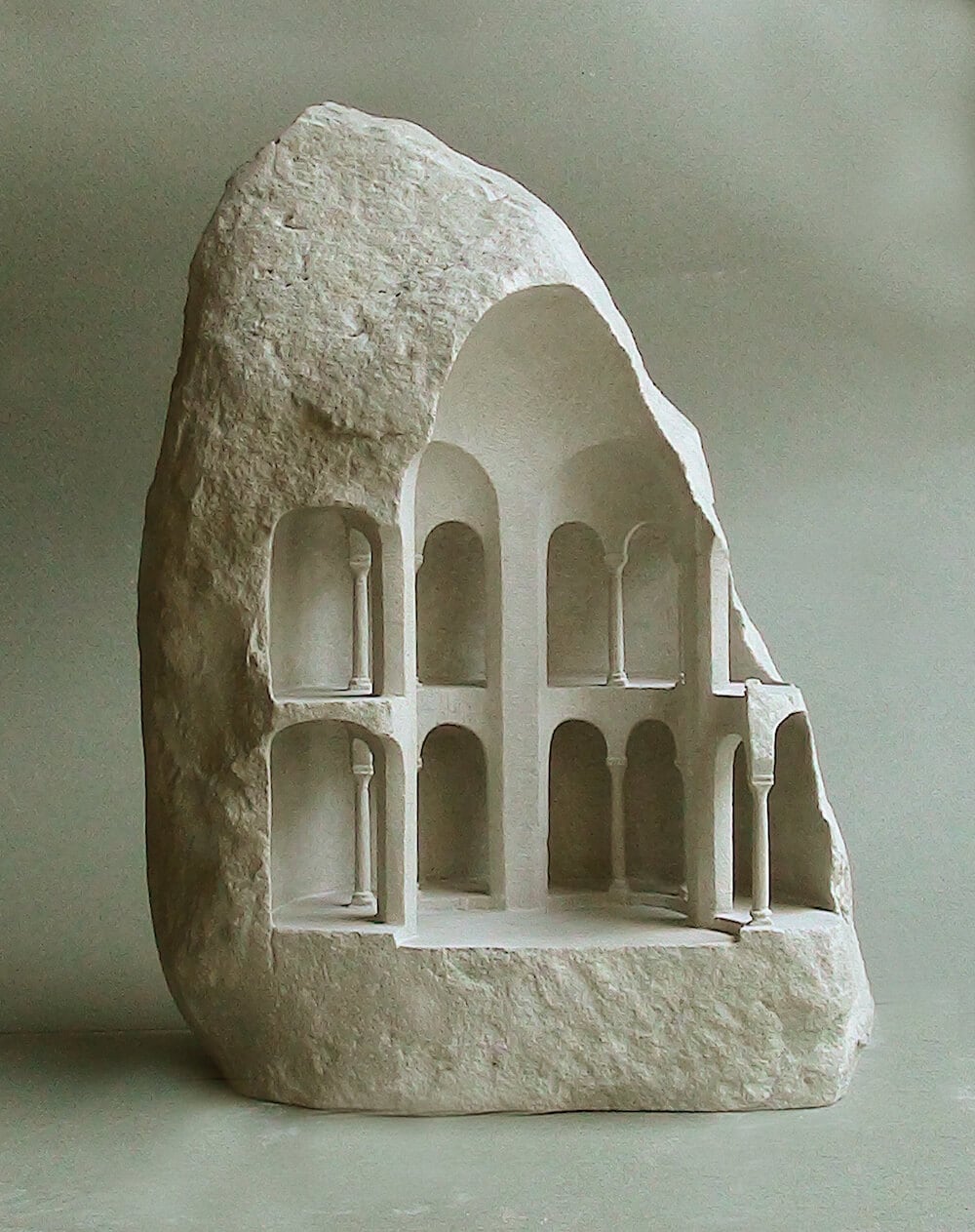